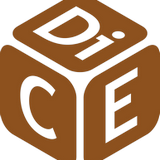 Atmosphere introduces an abstraction above cloud-based virtual machines by referring to services as Appliance types and their instances (VMs) as Appliances:

The above abstraction enables the platform to conserve hardware resources while also providing scale-out capabilities for more demanding applications.

Atmosphere also resolves a host of other issues involved in operating computational clouds. It is capable of automatically creating redirections to services exposed by Appliances in private IP spaces, through the use of two types of proxies: a NAT-based port proxy for arbitrary interfaces, and a Nginx-based HTTP proxy for web interfaces (SOAP, REST, web applications etc.) A billing system is provided to keep track of financial resource usage and a set of monitoring workers are in place to validate the accessibility of service interfaces. A template migration mechanism is also provided whereby Appliance Types stored on one participating cloud site may be automatically propagated to other cloud sites, with on-the-fly image conversion where necessary.

The principal use of Atmosphere is in aggregating multiple computational cloud sites into a coherent infrastructure which the users perceive as a single, shared resource space.

It may be possible to install Atmosphere on other operating systems. The above list only includes operating systems which have already been used for Atmosphere deployment in production mode. What is more, some commands used in the installation manual are Debian-specific (e.g. apt-get). If your OS uses a different package management system, you will need to modify these commands appropriately (e.g. by calling yum if you are using CentOS).

2 cores is the recommended minimum number of cores.

Note: The 25 workers of Sidekiq will show up as separate processes in your process overview (such as top or htop) but they share the same RAM allocation since Sidekiq is a multithreaded application.

The following components must reside in your attached storage:

Redis manages the background task queue. Storage requirements for Redis are minimal (on the order of 10 MB). Sidekiq processes background jobs using a multithreaded process. This process starts along with the entire Rails stack (1GB+) but it may grow over time, depending of the number of compute sites integrated with atmosphere and the number of instance-bound HTTP endpoints which need to be monitored. On a heavily loaded server the Sidekiq process may allocate 2GB+ of memory.

Atmosphere works with Rails 4.1 onwards. You can add it to your Gemfile with:

Run the bundle command to install it.

After you install Atmosphere and add it to your Gemfile, you need to run the generator:

The generator will install an initializer which describes ALL of Atmosphere's configuration options. It is imperative that you take a look at it. When you are done, you are can start your rails apps with Atmosphere mounted.

If you need to extend Atmosphere then you can install extensions by executing:

We are using continous delivery methodology. All features are implemented in branches, when feature is ready and tested then it is merged into master. As a conclusion it should be safe to use master in your project.

Atmosphere factories are exposed into dependent projects in test environment. To use them you need to define following dependency in your Gemfile:

All Atmosphere's Extensions and Plugin ...

Would you tell us more about dice-cyfronet/atmosphere?