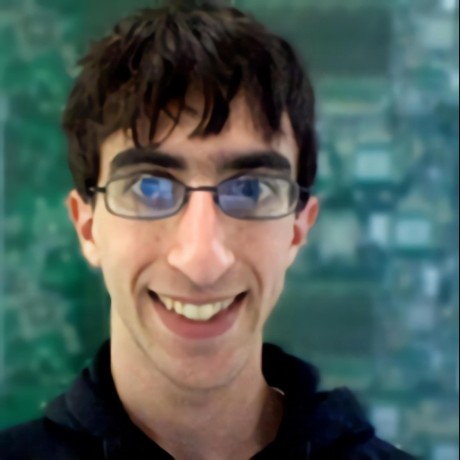 crouton is a set of scripts that bundle up into an easy-to-use, Chromium OS-centric chroot generator. Currently Ubuntu and Debian are supported (using debootstrap behind the scenes), but “Chromium OS Debian, Ubuntu, and Probably Other Distros Eventually Chroot Environment” doesn’t acronymize as well (crodupodece is admittedly pretty fun to say, though).

It stands for ChRomium Os Universal chrooT envirONment …or something like that. Do capitals really matter if caps-lock has been (mostly) banished, and the keycaps are all lower-case?

Anyone who wants to run straight Linux on their Chromium OS device, and doesn’t care about physical security. You’re also better off having some knowledge of Linux tools and the command line in case things go funny, but it’s not strictly necessary.

Like virtualization, chroots provide the guest OS with their own, segregated file system to run in, allowing applications to run in a different binary environment from the host OS. Unlike virtualization, you are not booting a second OS; instead, the guest OS is running using the Chromium OS system. The benefit to this is that there is zero speed penalty since everything is run natively, and you aren’t wasting RAM to boot two OSes at the same time. The downside is that you must be running the correct chroot for your hardware, the software must be compatible with Chromium OS’s kernel, and machine resources are inextricably tied between the host Chromium OS and the guest OS. What this means is that while the chroot cannot directly access files outside of its view, it can access all of your hardware devices, including the entire contents of memory. A root exploit in your guest OS will essentially have unfettered access to the rest of Chromium OS.

…but hey, you can run TuxRacer!

You need a device running Chromium OS that has been switched to developer mode.

For instructions on how to do that, go to this Chromium OS wiki page, click on your device model and follow the steps in the Entering Developer Mode section.

Note that developer mode, in its default configuration, is completely insecure, so don’t expect a password in your chroot to keep anyone from your data. crouton does support encrypting chroots, but the encryption is only as strong as the quality of your passphrase. Consider this your warning.

It’s also highly recommended that you install the crouton extension, which, when combined with the extension or xiwi targets, provides much improved integration with Chromium OS.

crouton is a powerful tool, and there are a lot of features, but basic usage is as simple as possible by design.

If you’re just here to use crouton, you can grab the latest release from https://goo.gl/fd3zc. Download it, pop open a shell (Ctrl+Alt+T, type shell and hit enter), and run sh ~/Downloads/crouton to see the help text. See the “examples” section for some usage examples.

If you’re modifying crouton, you’ll probably want to clone or download the repo and then either run installer/main.sh directly, or use make to build your very own crouton. You can also download the latest release, cd into the Downloads folder, and run sh crouton -x to extract out the juicy scripts contained within, but you’ll be missing build-time stuff like the Makefile.

crouton uses the concept of “targets” to decide what to install. While you will have apt-get in your chroot, some targets may need minor hacks to avoid issues when running in the chrooted environment. As such, if you expect to want something that is fulfilled by a target, install that target when you make the chroot and you’ll have an easier time. Don’t worry if you forget to include a target; you can always update the chroot later and add it. You can see the list of available targets by running sh ~/Downloads/crouton -t help.

Once you’ve set up your chroot, you can easily enter it using the newly-installed enter-chroot command, or one of the target-specific start* commands. Ta-da! That was easy.

The easy way (assuming you want an Ubuntu LTS with Xfce)

Wasteful redundancies are wasteful: one clipboard, one browser, one window

Installing the extension and its target gives you synchronized clipboards, the option of using Chromium OS to handle URLs, and allows chroots to create graphical sessions as Chromium OS windows.

I don’t always use Linux, but when I do, I use CLI

A new version of crouton came out; my chroot is therefore obsolete and sad

Unlike with Chromium OS, the data in your chroot isn’t synced to the cloud.

I want to install the chroot to another location

This is the quickest way to create multiple chroots at once, since you won’t have to determine and download the bootstrap files every time.

Targets are cool. Abusing them for fun and profit is even cooler

This is great for automating common tasks when creating chroots.

Help! I’ve created a monster that must be slain!

Running another OS in a chroot is a pretty messy technique (although it’s hidden behind very pretty scripts), and these scripts are relatively new, so problems are not surprising. Check the issue tracker and file a bug if your issue isn’t there. When filing a new bug, include the output of croutonversion run from inside the chroot or, if you cannot mount your chroot, include the output of cat /etc/lsb-release from Crosh.

I want to be a Contributor!

That’s great! But before your code can be merged, you’ll need to have signed the Individual Contributor License Agreement. Don’t worry, it only takes a minute and you’ll definitely get to keep your firstborn, probably. If you’ve already signed it for contributing to Chromium or Chromium OS, you’re already done.

If you don’t know what to do with your time as an official Contributor, here’s some suggestions:

Are there other, non-Contributory ways I can help?

There’s a way For Everyone to help!

crouton (including this eloquently-written README) is copyright &copy; 2016 The crouton Authors. All rights reserved. Use of the source code included here is governed by a BSD-style license that can be found in the LICENSE file in the source tree.

Android Snackbar from the Top (similar to Crouton) ...

A plugin for Xamarin and Windows - it unites Crouton (Android), TWMessageBarManager (iOS) and my toast notificator for WP8. ...

A message component for reactjs ...

Would you tell us more about dnschneid/crouton?