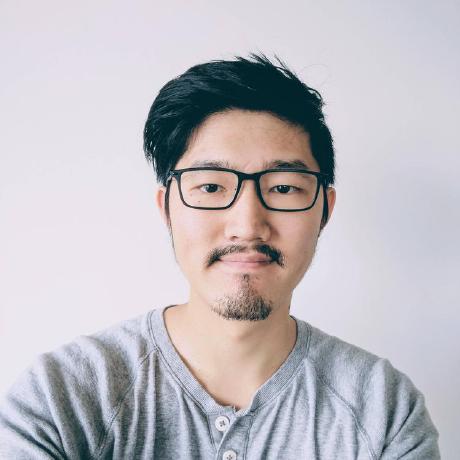 angular-ui-seed — the seed for AngularJS apps

This project seed is an application skeleton for a typical AngularJS web app. You can use it to quickly bootstrap your angular webapp projects and dev environment for these projects. It uses angular ui-router to create multiple named views as well as nested views.

The seed app doesn’t do much, just shows how to wire two controllers and views together.

To get you started you can simply clone the angular-ui-seed repository and install the dependencies:

You need git to clone the angular-ui-seed repository. You can get it from http://git-scm.com/.

We also use a number of node.js tools to initialize and test angular-ui-seed. You must have node.js and its package manager (npm) installed. You can get them from http://nodejs.org/.

We have two kinds of dependencies in this project: tools and angular framework code. The tools help us manage and test the application.

We have preconfigured npm to automatically run bower so we can simply do:

Note that the bower_components folder would normally be installed in the root folder but angular-ui-seed changes this location through the .bowerrc file. Putting it in the app folder makes it easier to serve the files by a webserver.

Now browse to the app at http://localhost:8000/app/index.html.

There are two kinds of tests in the angular-ui-seed application: Unit tests and End to End tests.

The angular-ui-seed app comes preconfigured with unit tests. These are written in Jasmine, which we run with the Karma Test Runner. We provide a Karma configuration file to run them.

This script will start the Karma test runner to execute the unit tests. Moreover, Karma will sit and watch the source and test files for changes and then re-run the tests whenever any of them change. This is the recommended strategy; if your unit tests are being run every time you save a file then you receive instant feedback on any changes that break the expected code functionality.

The angular-ui-seed app comes with end-to-end tests, again written in Jasmine. These tests are run with the Protractor End-to-End test runner. It uses native events and has special features for Angular applications.

In addition, since Protractor is built upon WebDriver we need to install this. The angular-ui-seed project comes with a predefined script to do this:

This will download and install the latest version of the stand-alone WebDriver tool.

Once you have ensured that the development web server hosting our application is up and running and WebDriver is updated, you can run the end-to-end tests using the supplied npm script:

This script will execute the end-to-end tests against the application being hosted on the development server.

Previously we recommended that you merge in changes to angular-ui-seed into your own fork of the project. Now that the angular framework library code and tools are acquired through package managers (npm and bower) you can use these tools instead to update the dependencies.

You can update the tool dependencies by running:

This will find the latest versions that match the version ranges specified in the package.json file.

You can update the Angular dependencies by running:

This will find the latest versions that match the version ranges specified in the bower.json file.

While angular is client-side-only technology and it’s possible to create angular webapps that don’t require a backend server at all, we recommend serving the project files using a local webserver during development to avoid issues with security restrictions (sandbox) in browsers. The sandbox implementation varies between browsers, but quite often prevents things like cookies, xhr, etc to function properly when an html page is opened via file:// scheme instead of http://.

Running the App during Development

The angular-ui-seed project comes preconfigured with a local development webserver. It is a node.js tool called http-server. You can start this webserver with npm start but you may choose to install the tool globally:

Then you can start your own development web server to serve static files from a folder by running:

Alternatively, you can choose to configure your own webserver, such as apache or nginx. Just configure your server to serve the files under the app/ directory.

Running the App in Production

Angular apps are really just a bunch of static html, css and js files that just need to be hosted somewhere they can be accessed by browsers.

If your Angular app is talking to the backend server via xhr or other means, you need to figure out what is the best way to host the static files to comply with the same origin policy if applicable. Usually this is done by hosting the files by the backend server or through reverse-proxying the backend server(s) and webserver(s).

Travis CI is a continuous integration service, which can monitor GitHub for new commits to your repository and execute scripts such as building the app or running tests. The angular-ui-seed project contains a Travis configuration file, .travis.yml, which will cause Travis to run your tests when you push to GitHub.

An Angular project template to be used with a Clojure or Java backend. Includes Gulp, ui-router, Karma and Protractor tests, bootstrap, Sass. ...

:gift: Angular app seed build with mobile-angular-ui and gulp! Take it and have fun! :smile: ...

Would you tell us more about dok/angular-ui-seed?