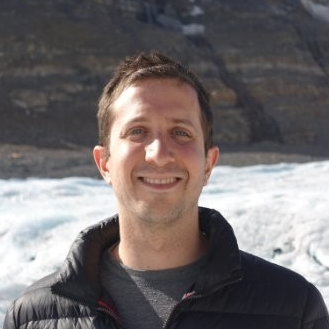 Zappa makes it super easy to deploy all Python WSGI applications on AWS Lambda + API Gateway. Think of it as “serverless” web hosting for your Python web apps.

What do you mean “serverless”?

Okay, so there still is a server - but it only has a 40 millisecond life cycle! Serverless in this case means “without any permanent infrastucture.”

With a traditional HTTP server, the server is online 24⁄7, processing requests one by one as they come in. If the queue of incoming requests grows too large, some requests will time out. With Zappa, each request is given its own virtual HTTP “server” by Amazon API Gateway. AWS handles the horizontal scaling automatically, so no requests ever time out. Each request then calls your application from a memory cache in AWS Lambda and returns the response via Python’s WSGI interface. After your app returns, the “server” dies.

Better still, with Zappa you only pay for the milliseconds of server time that you use, so it’s many orders of magnitude cheaper than VPS/PaaS hosts like Linode or Heroku - and in most cases, it’s completely free. Plus, there’s no need to worry about load balancing or keeping servers online ever again.

It’s great for deploying serverless microservices with frameworks like Flask and Bottle, and for hosting larger web apps and CMSes with Django. Or, you can use any WSGI-compatible app you like! You probably don’t need to change your existing applications to use it, and you’re not locked into using it.

And finally, Zappa is super easy to use. You can deploy your application with a single command out of the box.

Before you begin, make sure you have a valid AWS account and your AWS credentials file is properly installed.

Zappa can easily be installed through pip, like so:

If you’re looking for Django-specific integration, you should probably check out django-zappa instead.

Next, you’ll need to define your local and server-side settings.

Next, you’ll need to define a few settings for your Zappa deployment environments in a file named zappa_settings.json in your project directory. The simplest example is:

You can define as many environments as your like - we recommend having dev, staging, and production.

Once your settings are configured, you can package and deploy your application to an environment called “production” with a single command:

And now your app is live! How cool is that?!

To expain what’s going on, when you call ‘deploy’, Zappa will automatically package up your application and local virtual environment into a Lambda-compatible archive, replace any dependencies with versions precompiled for Lambda, set up the function handler and necessary WSGI Middleware, upload the archive to S3, register it as a new Lambda function, create a new API Gateway resource, create WSGI-compatible routes for it, link it to the new Lambda function, and finally delete the archive from your S3 bucket. Handy!

If your application has already been deployed and you only need to upload new Python code, but not touch the underlying routes, you can simply:

This creates a new archive, uploads it to S3 and updates the Lambda function to use the new code, but doesn’t touch the API Gateway routes.

You can also rollback the deployed code to a previous version by supplying the number of revisions to return to. For instance, to rollback to the version deployed 3 versions ago:

You can watch the logs of a deployment by calling the “tail” management command.

There are other settings that you can define in your local settings to change Zappa’s behavior. Use these at your own risk!

Lambda has a limitation that functions which aren’t called very often take longer to start - sometimes up to ten seconds. However, functions that are called regularly are cached and start quickly, usually in less than 50ms. To ensure that your servers are kept in a cached state, you can manually configure a scheduled task for your Zappa function that’ll keep the server cached by calling it every 5 minutes. There is currently no way to configure this through API, so you’ll have to set this up manually. When this ability is available via API, Zappa will configure this automatically. It would be nice to also add support LetsEncrypt through this same mechanism.

To enable Cross-Origin Resource Sharing (CORS) for your application, follow the AWS “How to CORS” Guide to enable CORS via the API Gateway Console. Don’t forget to re-deploy your API after making the changes!

Deploying to a Domain With a Let’s Encrypt Certificate

If you want to use Zappa on a domain with a free Let’s Encrypt certificate, you can follow this guide.

Zappa in the Press

Zappa goes quite far beyond what Lambda and API Gateway were ever intended to handle. As a result, there are quite a few hacks in here that allow it to work. Some of those include, but aren’t limited to..

This project is still young, so there is still plenty to be done. Contributions are more than welcome! Please file tickets before submitting patches, and submit your patches to the “dev” branch.

Node development for the lazy. ...

Zappa Docker image based on Lambda compatible base ...

Would you tell us more about dtnewman/Zappa?