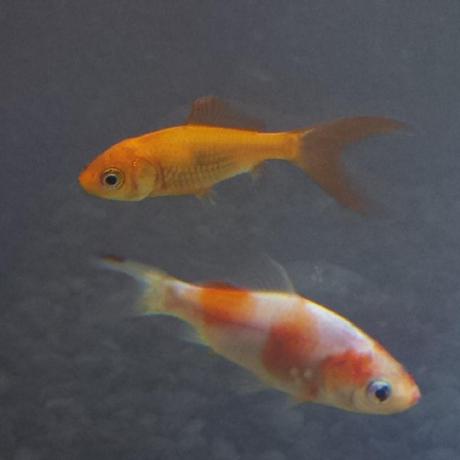 A single-player basketball simulation game. Make trades, set rosters, draft players, and try to build the next dynasty, all from within your web browser. The game is implemented entirely in client-side JavaScript, backed by IndexedDB.

Basketball GM is NOT open source, but it is also not completely closed. Please see LICENSE.md for details.

If you just want to play the game, go to http://basketball-gm.com/. Instructions below are for developers who want to run a copy locally so they can make changes to the code.

If you want to contribute but get stuck somewhere, please contact me! I’m happy to help.

Basketball GM is NOT open source, but it is also not completely closed. Please see LICENSE.md for details.

If you want to contribute code to Basketball GM, you must sign a contributor license agreement. There are separate forms for individuals and entities (such as corporations):

Make a copy of the form, fill in your information at the bottom, and send an email to [email protected] with the subject line, “Contributor License Agreement from YOUR_NAME_HERE (GITHUB_USERNAME_HERE)”.

First, make sure you’re using Node.js v6 or higher, older versions probably won’t work. Then, all of the tooling used in development can be set up by simply installing npm and running

from within this folder.

Basketball GM uses Browserify for JS minification and clean-css for CSS minification. To build the app along with all its assets, run

However during development, you probably would rather do

which will start the server and watch JS and CSS files for changes and recompile. This simply runs both npm start and npm run watch together, which alternatively can be run separately if you wish.

To run the game locally, you need some way of running a web server to display the content. There are currently two ways to do it. It doesn’t matter which you use as long as you can get it to run on your computer.

The mod_rewrite rules in .htaccess can be used to make Apache run Basketball GM. Everything should work if you point it at the build folder with mod_rewrite enabled. That’s how it’s done on play.basketball-gm.com.

ESLint and stylelint are used to enforce some coding standards. To run them on the entirecodebase, run

Integration and unit tests are bunched together in the js/test folder. Coverage is not great. They can be run from the command line in Karma with

or manually within a web browser by running npm run build-test (or npm run watch-test) and going to http://localhost:3000/test.

Basketball GM is a single-page app that runs almost entirely client-side by storing data in IndexedDB. All the application code is in the js folder. Routes are set in js/app.js. Most of the important stuff is in js/core.

UI is ultimately driven by js/util/bbgmView.js, a small UI layer I wrote on top of Knockout which is used by all the views in the js/views folder. Each view also has a corresponding HTML file in the templates folder. Adding a new page is kind of a bitch. You need to explicitly include the template file in js/templates.js, and explicitly include the view in js/views.js. Beyond that, my best guidance is to copy from an existing page and use that as a starting point.

For database access, I wrote a very thin Promises-based wrapper around IndexedDB called Backboard. Understanding how IndexedDB works is critical in any non-trivial work on Basketball GM.

Also, there is a global variable window.bbgm which gives you access to many of the internal functions of Basketball GM from within your browser.

If you want to contribute changes back to the project, first create a fork on GitHub. Then make your changes in a new branch. Confirm that the tests (hopefully including new ones you wrote!) and ESLint all pass. Finally, send me a pull request.

It’s also probably a good idea to create an issue on GitHub before you start working on something to keep me in the loop.

Basketball GM’s layout is currently based on Bootstrap 3.1.1 with the following options:

Abbreviations of stats should be done like basketball-reference.com stat pages. For instance, “defensive rebounds” is “drb”.

The game runs equally well within a web browser and within Cordova (Android 4.4+). The codebase is designed to handle both situations (the main difference is absolute vs relative paths, governed by window.inCordova in index.html).

Warning: This hasn’t been tested in a while and is probably broken by now.

Shout out to BrowserStack for helping with cross-browser testing.

Would you tell us more about dumbmatter/basketball-gm?