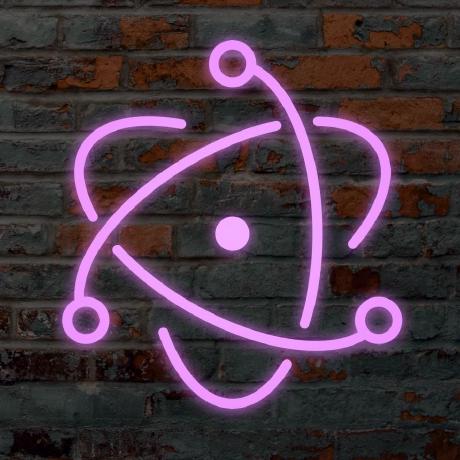 Customize and package your Electron app with OS-specific bundles (.app, .exe, etc.) via JS or CLI

Package your Electron app into OS-specific bundles (.app, .exe, etc.) via JavaScript or the command line.

Electron Packager is a command line tool and Node.js library that bundles Electron-based application source code with a renamed Electron executable and supporting files into folders ready for distribution.

Individuals making significant and valuable contributions are given commit-access to the project to contribute as they see fit. This project is more like an open wiki than a standard guarded open source project.

Electron Packager is known to run on the following host platforms:

It generates executables/bundles for the following target platforms:

Note for OS X / MAS target bundles: the .app bundle can only be signed when building on a host OS X platform.*

This module requires Node.js 4.0 or higher to run.

Building an Electron app for the Windows target platform requires editing the Electron.exe file. Currently, Electron Packager uses node-rcedit to accomplish this. A Windows executable is bundled in that Node package and needs to be run in order for this functionality to work, so on non-Windows host platforms, Wine 1.6 or later needs to be installed. On OS X, it is installable via Homebrew.

From the Command Line

Running electron-packager from the command line has this basic form:

--platform and --arch can be omitted, in two cases:

For an overview of the other optional flags, run electron-packager --help or see usage.txt. For detailed descriptions, see the API documentation.

If appname is omitted, this will use the name specified by "productName" or "name" in the nearest package.json.

Characters in the Electron app name which are not allowed in all target platforms' filenames (e.g., /), will be replaced by hyphens (-).

You should be able to launch the app on the platform you built for. If not, check your settings and try again.

Be careful not to include node_modules you don't want into your final app. If you put them in the devDependencies section of package.json, by default none of the modules related to those dependencies will be copied in the app bundles. (This behavior can be turned off with the --no-prune flag.) In addition, folders like .git and node_modules/.bin will be ignored by default. You can use --ignore to ignore files and folders via a regular expression (not a glob pattern). Examples include --ignore=\.gitignore or --ignore="\.git(ignore|modules)".

Let's assume that you have made an app based on the electron-quick-start repository on a OS X host platform with the following file structure:

…and that the following is true:

When one runs the following command for the first time in the foobar directory:

electron-packager will do the following:

The Foo Bar.app folder generated can be executed by a system running OS X, which will start the packaged Electron app. This is also true of the Windows x64 build on a system running a new enough version of Windows for a 64-bit system (via Foo Bar-win32-x64/Foo Bar.exe), and so on.

An interactive implementation of electron-packager ...

Would you tell us more about electron-userland/electron-packager?