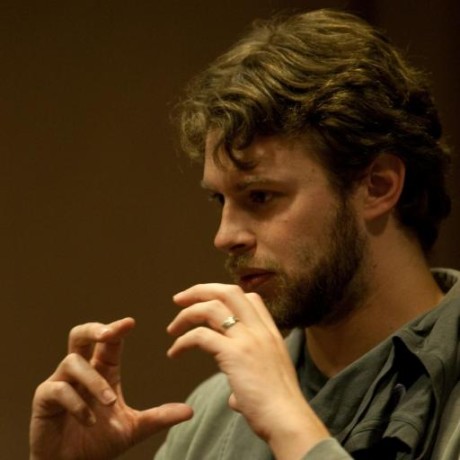 A simple PEG library for ruby

KPeg is a simple PEG library for Ruby. It provides an API as well as native grammar to build the grammar.

KPeg strives to provide a simple, powerful API without being too exotic.

=== Setting up your grammar

Before you can start parsing a string you will need to define rules that you will use to accept or reject that string. There are many different types of rules available in kpeg

The most basic of these rules is a string capture

While this looks very much like the ALPHA literal defined above it differs in one important way, the text captured by the rule defined between the < and > symbols will be set as the text variable in block that follows. You can also explicitly define the variable that you would like but only with existing rules or literals.

Additionally blocks can return true or false values based upon an expression within the block. To return true if a test passes do the following:

To test and return a false value if the test passes do the following:

Rules can also act like functions and take parameters. An example of this is lifted from the {Email List Validator}[https://github.com/larb/email_address_validator], where an ascii value is passed in and the character is evaluated against it returning a true if it matches

Kpeg also allows a rule to define the acceptable number of matches in the form of a range. In regular expressions this is often denoted with syntax like {0,3}. Kpeg uses this syntax to accomplish match ranges [min, max].

Illustrated above in some of the examples, kpeg allows you to perform actions based upon a match that are described in block provided or in the rule definition itself.

As of version 0.8 an alternate syntax has been added for calling defined methods as actions.

Kpeg allows you to run a rule that is defined in an external grammar. This is useful if there is a defined set of rules that you would like to reuse in another parser. To do this, create your grammar and generate a parser using the kpeg command line tool.

Once you have the generated parser, include that file into your new grammar

Then create a variable to hold to foreign interface and pass it the class name of your parser. In this case my parser class name is Literal

Kpeg allows the following variables that control the output parser:

name:: The class name of the generated parser. custom_initialize:: When built as a standalone parser a default initialize method will not be included.

== Generating and running your parser

Before you can generate your parser you will need to define a root rule. This will be the first rule run against the string provided to the parser

To generate the parser run the kpeg command with the kpeg file(s) as an argument. This will generate a ruby file with the same name as your grammar file.

Include your generated parser file into an application that you want to use the parser in and run it. Create a new instance of the parser and pass in the string you want to evaluate. When parse is called on the parser instance it will return a true if the sting is matched, or false if it doesn’t.

== Shortcuts and other techniques

Per vito, you can get the current line or current column in the following way

As of Kpeg 0.8 a parser can now generate an AST. To define an AST node use the following syntax

Once you have a defined AST node, it can be used in your grammar like so

This will create a new Assign node that you can add into your AST.

For a good example of usage check out Talon[https://github.com/evanphx/talon]

There are several examples available in the /examples directory. The upper parser has a readme with a step by step description of the grammar.

Would you tell us more about evanphx/kpeg?