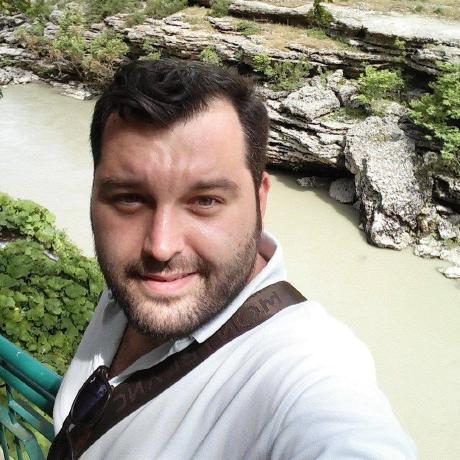 Maneuver was recently updated to use SFTP, in addition to FTP. This change doesn't break any API, except a few simple configuration changes. You'll need to add a scheme option to your servers with either ftp or ssh as a value. In addition, the username field will have to be renamed to user and password to pass.

This release is tagged with a version. Please update your composer as instructed in the Installation section.

To use it in Laravel 5, please see the l5 branch.

A Laravel package that makes deployment as easy as it has never been. It uses Git to read file changes and deploys to your server(s) via FTP or SFTP. Why Git? Because anyone should already version their files and if they do, it's almost certain they're using Git. Why FTP? Because it is the easiest transport protocol to implement and use.

It is dead-simple to use! Add your servers in the config and just run one command. That's it! Anything else will be handled automatically. Oh, and it even supports Git SubModules and Sub-SubModules. Isn't that neat?

Maneuver is very tightly coupled to PHPloy, a CLI tool written in PHP that can deploy any project, not just Laravel apps.

There are plenty of fantastic tools for deployment: Capistrano, Rocketeer or Envoy (Laravel's own ssh task runner), to name a few. They get the job done, probably in a more elegant way. So why use this approach?

While any sane developer uses Git for version control, not anyone of them knows or bothers to understand how you can exploit Git to deploy. The point is that Git's domain isn't deployment, so setting it up to push to a remote repo and trigger hooks to transfer the work tree can be a tedious task. Worth mentioning is that there are still projects hosted on shared hosts, where setting up a remote Git repo may not be possible.

Maneuver solves these problems with a very simple approach. It takes the best of version control and combines it with file transfer, without needing anything special on the server. Developers have used FTP for decades to selectively upload files, in a very time consuming and error-prone process. Now they can use an automatic tool that needs only a few minutes to get started.

The first step is to add servers in the configuration file. If you followed step 3 above, you'll find it in app/config/packages/fadion/maneuver/config.php.

Add one or more servers in the connections array, providing a unique, recognizable name for each. Credentials should obviously be entered too. Optionally, specify a default server for deployment, by entering the server's name in the default option. Changes will be deployed to that server if not overriden. In case you leave the default option empty, deployment will be run to all the servers.

Don't forget to set the scheme for your servers to either ftp or ssh for SFTP.

You'll use Maneuver from the command line, in the same way you run other artisan commands. Even if the terminal feels like an obscure environment that you can't wrap your head around, I assure it'll be a piece of cake.

From now on I'll assume that you already have a local Git repository and that you've commited some changes. Maneuver uses information from Git to get file changes and it won't work if there's no Git repository. Also, I'll assume you've opened a terminal (command prompt or whatever your OS calls it) and are located in the root directory of your Laravel app.

The command you'll be using all the time, mostly without any arguments, is:

That command will read the Git repo, build a list of files to upload and/or delete and start transferring them via FTP. If you've specified a default server in the config file, it will push to it, otherwise it will push to all the servers you've defined. It's also quite verbose, printing useful information on each step of the process.

Instead of pushing to the default server, you can deploy to one or more servers of your choice, by passing arguments to the deploy command. Supposing we have defined a development, staging and production server, with 'development' being the default, we can deploy only to 'staging' with:

By passing multiple options, we can tell it to deploy to both 'staging' and 'production' server:

There's even a shortcut option:

For convenience, you can view a list of changed files since your last deployment:

As in the deploy command, it will list the changed files of your default server. You can pass the server options here to:

As you've guessed, running this command will still connect to your server(s), but no uploads will be done. It just compares revisions and lists those changed files.

Rolling back is a facility, which does the heavy lifting for you by moving temporarily to a previous commit and deploying those files. After the run, the Git repo will be reverted as it was before the command. Use it as a quick way to rollback your files in the server, but not as a way to modify your Git repo.

To rollback to the previous commit:

If you want to rollback to a specific commit:

To achieve synchronization, Maneuver will store a .revision file in your server(s), which contains the hash of the latest deployment commit. Deleting that file will trigger a fresh deployment and all your files will be transfered again. Editing it's contents should be avoided, otherwise very strange things may happen.

The remote revision file is handled automatically and it's generally the required behaviour. For those cases when you'll need to update it's contents, you can sync it with the current local revision or a commit hash of your choice.

Sync to the current local revision:

Sync to a specific commit:

Running the sync command will connect to your server(s) and update the .revision file, but no other uploads will be made.

htty is the HTTP TTY, a console application for interacting with web servers. ...

Would you tell us more about fadion/Maneuver?