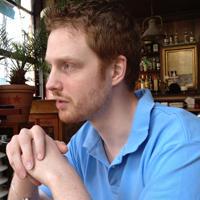 Leeroy is a self hosted, continuous integration and build service

Leeroy is a self hosted, continuous integration, build and deployment service. It is designed to be easy to setup and will not require an additional ops person to keep running. It runs on your own server, so you can create the test environment you want, exactly mirroring production, without having to trust anyone else to keep your source code or eventually database images with sensitive information safe.

Currently Leeroy plays nicely with GitHub. An integration for GitLab is current WIP, BitBucket should be supported before the first release.

For now please check out the master branch of this repository and run it via go run leeroy.go. Binaries will be available with the first stable release. Master can be considered production ready. Development is used by people who want to have the latest features and can accept if smaller problems show up, but the goal is to keep it stable, too.

Before you start make sure you have a script that is able to run tests for your repository. Two arguments are passed to your build script, the repository URL (first argument) and the branch name (second argument) to which was pushed. Let us use a really simple one for now

We assume this script is saved in /home/ec2-user/test.sh. See docs/buildscripts.md for more information and sample scripts.

To set the path for the SQLite database you can use the environment variable DATABASE_URL. The format is sqlite3 /path/to/leeory.sqlite3.

Once Leeroy is running go to port 8082 in your web browser and click through the setup assistant. The user you create will automatically be an administrator. If you add an SSL certificate you have to restart Leeroy after completing the setup.

To configure a repository click on Admin -> Repository Management -> Add Repository. After adding the repository you can add commands and notifications on the repository detail page you are redirected to. The access key needs permissions to update the status of your commits, comment on PRs and close them if you want to use that feature.

For a command you can select a kind, name, branch and script to run. If a branch is specified the command will only run when you push to the specific branch. For the script please specify the full path.

The order to run commands is

The script runner exists on the first failed step, so if tests fail builds and deploys will never run.

On GitHub you have to setup a webhook pointing to http://yourhost:8082/callback/github/ - or https://… if you configured SSL and make sure it sends “push” and “pull” events.

While Leeroy is working and doing its job it is far from being feature complete. Before version 1.0 will be released the following features will be finished

Feel free to open issues about bugs or features you want to see or open pull requests. Beside using go fmt and go vet on your code please try to keep the code length around 80 characters. This is no hard limit. If a line is 86 characters long but easy to read and understand there is no need to break it into multiple lines.

Leeroy is released under the MIT license.

Leeroy is a self hosted, continuous integration and build service ...

Would you tell us more about fallenhitokiri/leeroyci?