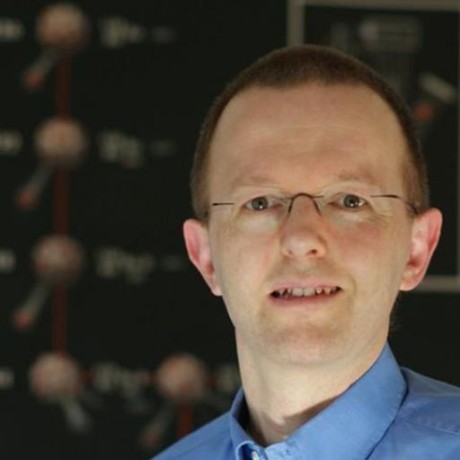 The dcos16 kernel for Notch’s DCPU16 processor manages up to 16 cooperative processes with a very simple round robin scheduler.

The source is split over several files, the script build_sources.sh concatenates them to files that can be assembled with most assemblers. It has mostly been tested wth dcpustudio.

New processes are started with the JSR fork call described below. Every process is reponsible for not writing over the other processes memory and to call JSR yield at appropriate times to allow other processes to run. All registers except O are saved over a yield call, and each process has its own 256 word stack, where again each process is responsible for not overflowing it. The process local stack is initialized with a pointer to the exit routine at the top, so a process can exit with SET PC, POP like any normal subroutine, or it can explicitly call exit if it wants to terminate when the stack is not empty.

The license is MIT as that is the first well known open source license I found that did in fact exist in 1988 (GPL v1 is 1989).

The kernel provides the following calls. All calls that return preserve registers X, Y, Z, I, J, yield does addtionaly keep A, B, C and SP. No assumptions should be made about O.

yield takes no parameters and allows the next process to run

fork takes the start address of the routine to start as a process in register A and a mode parameter in register B.

Mode 0 starts a daemon process that is completely detached from the calling process.

Mode 1 starts a child process that runs until termination and then lingers as a zombie process until the caller queries its exit status with wait.

Mode 2 starts the child process as a synchronous subprocess and the calling process is suspended until the child exits.

fork clobbers registers A to C in the caller, in the child A to C are 0 and X, Y, Z, I, J are the same as in the caller.

exit terminates a process and passes the value in register A to the parent if it was forked in mode 1 or 2. Note that a mode 1 process still occupies one of the 16 process slots after it exited until the parent queries the result with wait. Since exit never returns, it doen’s make any difference it it is called as JSR exit or SET PC, exit.

It returns -1 in both A and B if the number passed in A is not a valid PID of a child of the calling process. If the child has terminated, it returns 0 in B and the return value (see above) in A. If the child is not terminated and the call is non-blocking, it returns 0 in A and -1 in B. If the call is blocking, the processes will behave as if the fork had been done in mode 2 from then on.

By calling this routine a process can say whether it wants to be suspended while it does not have the focus.

Dcos16 reserves the top two lines of the screen as a status display for the running processes (in the end we want to have a process for each of the ships main functions and a way to see if everything is ok at a glance). One process is considered as the currently active process, its status cell is highlighted. Users can cycle between processes using the Tab key.

By default, the status cell displays the content of the A register when a process calls yield in black on white.

A process can change its status display color with the status_color routine The colors are three bit rgb values:

(yellowish can be brown or orange or olive or whatever)

status_color sets the foregrond and background colors of the status cell of the currently running process. It takes a color between 0 and 7 in each of the lowest two nibbles of register A and clobbers registers A to C. So

status_blink sets the blink attribute of the current process status cell if A is 1 and clears it otherwise. The blink bit is also cleared if the user tabs to or from the process. status_blink is meant as a way for processes that are not currently displayed to notify the user that something has happened that requires immediate attention.

status_i2hex displays the content of the A register in the process status cell. After a process has called this routine, the automatic status update on yield will be deactivated.

status_string displays the four characters in the lower seven bits of the four words pointed to by the A register in the process status cell. After a process has called this routine, the automatic status update on yield will be deactivated.

status_raw displays the four characters in the lower seven bits of the foure words pointed to by the A register in the process status cell, including color, hilight and blink bits. The highlight and blink bits will be reset the next time the process recieves focus. After a process has called this routine, the automatic status update on yield will be deactivated.

random uses a 32 bit LCG to generate random numbers. It returns the next number in registers A (high) and B (low). It is initialized with a pregenerated random number, and the state is updated on every keypress (as that is currently the only source of nondeterminism in the system).

One of the processes is always considered as being the one that is displayed on the screen below the status lines. That process is also said to “have focus”. The user can cycle between the processes using tab (and, in some emulators, Pg_Up and Pg_Dn).

By default, everytime the user switches to the next process, the screen is cleared and output starts on the top of the screen. Alternatively, a process may register a 320 word buffer to use a a backing store that is uses for the video content while the process is not running.

Key presses will be deliverd to the process that has the focus. dcos16 stores one key per process, additional keys pressed before the last key has been read are discarded.

The current set of output functions has been adapted from 0x42c and currently clobber more registers than they probabaly should. They set the foreground color to bright white and leave any background color and blink attribute that might be in the higher bits of the words containing the characters in their lower seven bits.

The output functions have no effect if the process does not have focus.

Call this method if the process should have a persistent video output even if it loses focus. The process must provide a 320 word buffer to store the video content.

getch performs a nonblocking read of the keyboard, returning either the last key pressed for the current process, or 0.

readch performs a blocking read of the keyboard, returning either the last key pressed, suspending the process until a key has been presse if none is available.

readline reads a line of up to 32 characters (including the terminating zero) into the buffer pointed to by A, blocking until characters are available. B contains the length of the buffer. For readline to be useful, the process must have reserved screen memory, as the function directly modifies the screen buffer.

editline is basically the same function as readline, except that it allows to put some text into the edit buffer and puts the insertion cursor at the end of that text. In addition to the parameters of readline, it expects the length of the existing text in C.

prints the zero-terminated string pointed to by A followed by a newline.

prints the zero-terminated string pointed to by A.

prints the character in A.

Puts the output cursor in row A of column B.

Would you tell us more about fhars/dcos16?