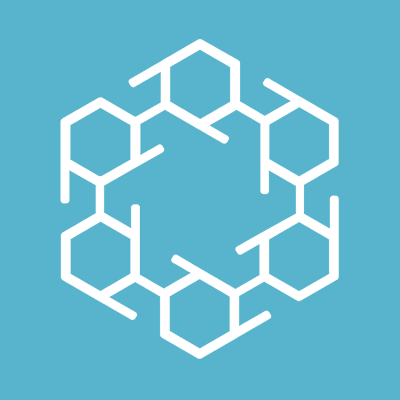 "A shell for today, for tomorrow, for forever." - Lain

“A shell for today, for tomorrow, for forever.” - Lain

Fractalide is a rolling release programming platform, with the aim of making software distribution cheaper and easier, yet forcing the programmer to implement high quality, modular, message passing components; all presented via familiar shell, called Lain.

The canonical source of this project is hosted on GitLab, and is the preferred place for contributions, however if you do not wish to use GitLab, feel free to make issues, on the mirror. However pull requests will only be accepted on GitLab, to make it easy to maintain.

Applications today do not compose very well, nor pipe data from one application to another easily.

Fractalide comes with its own actor oriented dataflow programming language (Flow-based programming (FBP) to be specific) called Flowscript, implemented in Rust. Flowscript makes the concept of data flowing through a system to be a first class citizen, thus, easily manipulable by the programmer/designer.

Fractalide can be likened to a box of Lego, and the default application to be built is Lain; a familiar bash like shell that exposes a less expressive flow-based programming syntax most programmers are familiar with (fast | pipes | baby), flowscript on the other hand is a more expressive FBP dialect with explicit port names. i.e.:

It is inconvenient for users to achieve fast results by typing in the above expressive FBP code.

So Lain compiles this $ dirname -z | print to:

Lain attempts to create a shell that’ll give the programmer/operator the needed tools to transition between a familiar bash like shell and being able to drop down and coordinate the graph (business logic) of executing components more easily. Of course if the programmer wants to create components then they’d fire up their favourite text editor and get hacking on Rust code.

Lain isn’t the only subnet that can be built, one can easily pass in the name of a different application to be built by using:

Having a shell like this means users can easily communicate over, share, reuse, and pipe data into and out of other people’s components.

Fractalide makes use of Nix as its language level package manager, which properly solves an entire class of errors, that being “dependency hell”. Yes, Nix isn’t a silver bullet, but it makes dependencies absolutely clear.

Fractalide’s components are very strict about data they accept. Strongly inspired by the work of Meredith Patterson, Dan Kaminsky, Len Sassaman. Fractalide makes use of the Nom parser combinator, implemented by Geoffroy Couprie, and we use Capnproto schemas as contracts between components extensively. Of course, Rust, a high level systems language helps us prevent an entire class of buffer overflow exploits, without sacrificing speed for safety.

Flowscript allows for a separation of business logic and component implementation logic. Thus programmers can specialize on easily specifiable components and the suits can design and easily make changes to their business logic, without the need of programmer intervention.

If you want to install Lain into your environment directly, thus accessible from the command line:

Fractalide expands the nix-build system for incremental builds. The Incremental Builds only work when debug is enabled. They also need the path to a cache folder. The cache folder can be created from an old result by the buildCache.sh script. Per default the cache folder is saved in the /tmp folder of your system.

Here is an example how you can build with the Incremental Build System:

Consulting not limited to just Fractalide work, but Rust gigs in general.

The contributors are listed in fractalide/support/upkeepers.nix (add yourself).

Please read this document BEFORE you send a patch: * Fractalide uses the C4.2 (Collective Code Construction Contract) process for contributions. Please read this if you are unfamiliar with it. Fractalide grows by the slow and careful accretion of simple, minimal solutions to real problems faced by many people. Some people seem to not understand this. So in case of doubt: * Each patch defines one clear and agreed problem, and one clear, minimal, plausible solution. If you come with a large, complex problem and a large, complex solution, you will provoke a negative reaction from Fractalide maintainers and users. * We will usually merge patches aggressively, without a blocking review. If you send us bad patches, without taking the care to read and understand our rules, that reflects on you. Do NOT expect us to do your homework for you. * As rapidly we will merge poor quality patches, we will remove them again. If you insist on arguing about this and trying to justify your changes, we will simply ignore you and your patches. If you still insist, we will ban you. * Fractalide is not a sandbox where “anything goes until the next stable release”. If you want to experiment, please work in your own projects.

The project license is specified in LICENSE. Fractalide is free software; you can redistribute it and/or modify it under the terms of the Mozilla Public License Version 2 as approved by the Free Software Foundation.

This project supports the Mozilla Manifesto. These principles guide our mission to promote openness, innovation & opportunity on the Internet.

Would you tell us more about fractalide/fractalide?