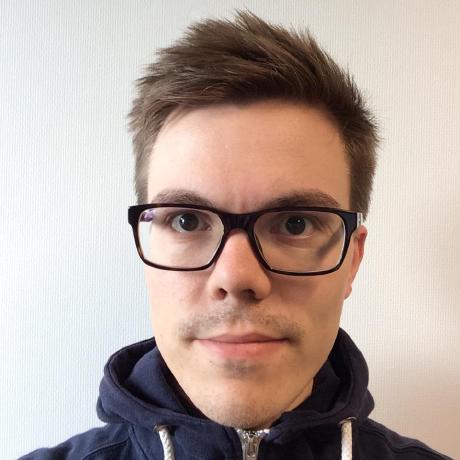 Best-practices and coding conventions for the CoffeeScript programming language

This guide presents a collection of best-practices and coding conventions for the CoffeeScript programming language.

This guide is intended to be community-driven, and contributions are highly encouraged.

Please note that this is a work-in-progress: there is much more that can be specified, and some of the guidelines that have been specified may not be deemed to be idiomatic by the community (in which case, these offending guidelines will be modified or removed, as appropriate).

The details in this guide have been very heavily inspired by several existing style guides and other resources. In particular:

Use spaces only, with 2 spaces per indentation level. Never mix tabs and spaces.

Limit all lines to a maximum of 79 characters.

Use a single blank line within the bodies of methods or functions in cases where this improves readability (e.g., for the purpose of delineating logical sections).

Do not include trailing whitespace on any lines.

These statements should be grouped in the following order:

Whitespace in Expressions and Statements

If modifying code that is described by an existing comment, update the comment such that it accurately reflects the new code. (Ideally, improve the code to obviate the need for the comment, and delete the comment entirely.)

The first word of the comment should be capitalized, unless the first word is an identifier that begins with a lower-case letter.

If a comment is short, the period at the end can be omitted.

Block comments apply to the block of code that follows them.

Each line of a block comment starts with a # and a single space, and should be indented at the same level of the code that it describes.

Paragraphs inside of block comments are separated by a line containing a single #.

All inline comments should start with a # and a single space.

The use of inline comments should be limited, because their existence is typically a sign of a code smell.

Do not use inline comments when they state the obvious:

However, inline comments can be useful in certain scenarios:

Use camelCase (with a leading lowercase character) to name all variables, methods, and object properties.

Use CamelCase (with a leading uppercase character) to name all classes. (This style is also commonly referred to as PascalCase, CamelCaps, or CapWords, among other alternatives.)

(The official CoffeeScript convention is camelcase, because this simplifies interoperability with JavaScript. For more on this decision, see here.)

For constants, use all uppercase with underscores:

Methods and variables that are intended to be “private” should begin with a leading underscore:

(These guidelines also apply to the methods of a class.)

When declaring a function that takes arguments, always use a single space after the closing parenthesis of the arguments list:

Use parentheses when declaring functions that take no arguments:

When calling functions, omit the parentheses when it’s possible without sacrificing readability. Keeping in mind that “readability” can be subjective, the following examples demonstrate cases where parentheses have been omitted or included in a way that is readable in our opinion.

Do not omit the parentheses, if that would just add another pair of them around the expression. Mathematical expressions usually are more readable without omitting argument parentheses.

For chaining, use parentheses for function arguments instead of wrapping the whole function call in parentheses, since this keeps readable even if the chain is long.

In cases where method calls are being chained and the code does not fit on a single line, each call should be placed on a separate line and indented by one level (i.e., two spaces), with a leading ..

Use string interpolation instead of string concatenation:

Prefer single quoted strings ('') instead of double quoted ("") strings, unless features like string interpolation are being used for the given string.

Favor unless over if not for negative conditions.

Instead of using unless...else, use if...else:

Multi-line if/else clauses should use indentation:

Take advantage of comprehensions whenever possible:

To iterate over the keys and values of objects:

Do not modify native objects.

Do not suppress exceptions.

Use annotations when necessary to describe a specific action that must be taken against the indicated block of code.

The annotation keyword should be followed by a colon and a space, a descriptive note and a ticket number in the issue tracker for taking the required action. The ticket MUST be created when annotations are used. Generally avoiding hacks should be preferred over adding annotations for them.

If multiple lines are required by the description, indent subsequent lines with two spaces:

Do not use annotations like FIXME to justify broken functionality.

and is preferred over &&.

or is preferred over ||.

is is preferred over ==.

not is preferred over !.

However, avoid the use of standalone @:

Avoid return where not required, unless the explicit return increases clarity.

Use splats (...) when working with functions that accept variable numbers of arguments:

Would you tell us more about fson/coffeescript-style-guide?