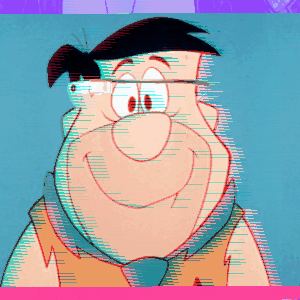 A convenience wrapper for Gearman clients and workers in Django/Python

django-gearman is a convenience wrapper for the Gearman Python Bindings.

Add django_gearman to the INSTALLED_APPS section of settings.py.

Specify the following setting in your local settings.py file:

Create a file gearman_jobs.py in any of your django apps, and define as many jobs as functions as you like. The jobs must accept a single argument as passed by the caller and must return the result of the operation, if applicable. (Note: It must accept an argument, even if you don't use it).

Mark each of these functions as gearman jobs by decorating them with django_gearman.decorators.gearman_job.

For an example, look at the gearman_example app's gearman_jobs.py file.

The tasks are given a default name of their import path, with the phrase 'gearman_jobs' stripped out of them, for readability reasons. You can override the task name by specifying name parameter of the decorator. Here's how:

The setting GEARMAN_JOB_NAME is a function which takes the original task name as an argument and returns the gearman-internal version of that task name. This allows you to map easily usable names in your application to more complex, unique ones inside gearman.

The default behavior of this method is as follows:

If you would like to change this behavior, simply define the GEARMAN_JOB_NAME function in the settings.py:

which would leave the internal task name unchanged.

The gearman docs specify that the job function can accept only one parameter (usually refered to as the data parameter). Additionally, that parameter may only be a string. Sometimes that may not be enough. What if you would like to pass an array or a dict? You would need to serialize and deserialize them. Fortunately, django-gearman can take care of this, so that you can spend all of your time on coding the actual task.

Tasks with more than one parameter

You can pass as many arguments as you want, of whatever (serializable) type you like. Here's an example job definition:

You can execute this function in two different ways:

would produce the error, because submit_job from Gearman's Python bindings contains a lot of arguments and it's much easier to specify them via keyword names or a special args keyword than to type something like seven Nones instead:

The only limitation that you have are gearman reserved keyword parameters. As of Gearman 2.0.2 these are:

So, if you want your job definition to have, for example, unique or background keyword parameters, you need to execute the job in a special, more verbose way. Here's an example of such a job and its execution.

Don't panic, your task is safe! That's because you're using kwargs directly. Therefore, Gearman's bindings would receive True for submit_job function, while your task would receive False.

Always remember to double-check your parameter names with the reserved words list.

To start a worker, run python manage.py gearman_worker. It will start serving all registered jobs.

Queues are a virtual abstraction layer built on top of gearman tasks. An easy way to describe it is the following example: Imagine you have a task for fetching e-mails from the server, another task for sending the emails and one more task for sending SMS via an SMS gateway. A problem you may encounter is that the email fetching tasks may effectively "block" the worker (there could be so many of them, it could be so time-consuming, that no other task would be able to pass through). Of course, one solution would be to add more workers (via the -w parameter), but that would only temporarily solve the problem. This is where queues come in.

The first thing to do is to pass a queue name into the job description, like this:

You may then proceed to starting the worker that is bound to the specific queue:

Be aware of the fact that when you don't specify the queue name, the worker will take care of all tasks.

To make your workers work, you need a client app passing data to them. Create and instance of the django_gearman.GearmanClient class and execute a django_gearman.Task with it:

The notation for the task name is appname.jobname, no matter what pattern you have defined in GEARMAN_JOB_NAME.

Dispatching a background event without waiting for the result is easy as well:

For a full, working, example application, add gearman_example to your INSTALLED_APPS, then run a worker in one shell:

Stream Framework is a Python library, which allows you to build news feed, activ ...

A convenience wrapper for beanstalkd clients and workers in Django using the bea ...

django-taskforce implements a job server for Django apps. It lets you execute lo ...

Would you tell us more about fwenzel/django-gearman?