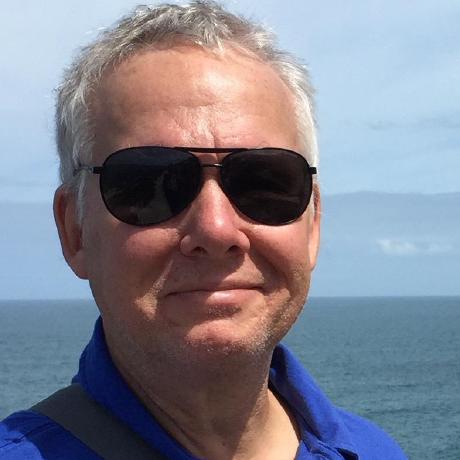 Thanks to Sean Kavanagh for designing and writing this excellent application. The following documentation tells you how to use the docker-keybox image, a lean full-featured Docker image that has the following features:

You can get started quickly using the automated-build image hosted on Docker Hub. For example, to quickly create a running self-contained KeyBox server daemon:

Within a few seconds, you should be able to use KeyBox by going to https://localhost:8443/. The default login user is admin with a password of changeme.

This will create a flexible launcher script that you can customize or use as a template. You can run it as a daemon:

Or, if you want to have local persistent storage:

Now, all persistent data will be stored in the docker-keybox-storage directory. The container itself is therefore entirely disposable.

The run-docker-keybox.sh script is designed to be self-documenting and you can edit it to change start-up options and storage options. You can get up-to-date help on the image’s features like this:

If you want to invent your own start-up, or are using an orchestration tool, here is a quick view of all the configuration options piled into one command along with their defaults:

When configuring attached storage, there are two considerations:

Both are pretty easy. For example, assume you are going to store persistent data on your local drive in /persist/keybox. Providing the directory exists, you can just do this:

When the container starts, it will assure that all internal services run as a new user called anyuser whose UID/GID credentials match the credentials your host box has assigned to /persist/keybox.

When you run the container, you’ll see that all the KeyBox persistent data files have been properly created in /persist/keybox.

By default, all container logs will be sent to stdout and can be viewed using the docker logs command.

If this isn’t suitable, there are two additional options that can be specified using the CONFIG_LOGGING environment variable:

CONFIG_LOGGING="file" - This setting will cause all logging information to be sent to var/log/syslog.log either inside the container or on attached storage.

CONFIG_LOGGING="syslog:hostname" - In this case, you need to specify hostname as the destination for logging. The specified host must have a syslog-compatible daemon running on UDP port 514.

Audit logs are a special type of log different from the normal access and error logs that report on login activity. By default, they will be stored in the logs directory either within the image, or on attached storage. You can use your own log4j to send the audit logs to another location as well as the built-in database. This is useful if you want to collect them in a log aggregation tool such as splunk or ELK.

In order to customize the configuration, you will need to use attached storage (see above “Configuring Attached Storage”). Once you do, the the default log4j.xml file will be created in the config directory. You can modify it and restart the container to use your new configuration.

Using Your Own SSL Keys

Most enterprise and production installations will often want to use their own pre-defined key. In order to do so, you’ll need to:

Here is a step-by-step guide.

This is easy if you’re using the provided launcher, as described above. The first thing to do is run the container once just to initialize the persistent storage directory:

Now that your container is running, you should see the following in docker-keybox-storage:

Certificates are stored in the certs directory:

Once you see that these are present, it’s probably a good idea to stop (and even delete) your container, as all persistent data is now stored in docker-keybox-storage.

Replace the keys with your own

Note that the names of the certificate and keys will always look like this: ssl-cert-<hostname>.crt, where <hostname> will be the exact string you used with the CONFIG_EXT_SSL_HOSTNAME environment variable.

If your keys are not already in PEM format, you may need to convert them using SSL as this StackOverflow answer describes for PKCS12 keys.

IMPORTANT: You will also need to delete the jetty.keystore file in the same directory. This will cause the container start-up scripts to recognize your new key and rebuild the Jetty keystore file for you automatically.

Once you’ve replaced the certificates, you can simply restart the old container, or create a new container using the same attached storage location. Your new certificate will then be in use.

Would you tell us more about garywiz/docker-keybox?