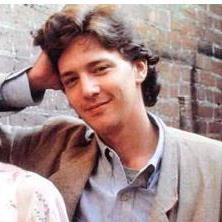 Aura is an event-driven architecture for developing scalable applications using reusable widgets. It works great with Backbone.js, but is framework-agnostic, adapts many best-practice patterns for developing maintainable apps and has first-class support for modern tools like Bower, Grunt and Yeoman.

Aura has been used to develop applications like MIT's Reap and is currently under active development.

We've seen a large shift in the JavaScript community for the past 3 years, with people starting to write web apps in a much more structured way. Yet, assembling the bits and pieces and actually starting to make apps is still a challenge. Another challenge is that most of the time you end up doing the same stuff all over again : you need a way to authenticate users, give them ways to communicate, exchange ideas, work or play together. You have to integrate with external services or APIs like Facebook or Twitter.

Web apps are all about the end user experience (UI, DOM elements). The web development ecosystem is all about much more low level stuff. We need a way to package higher level abstractions and make them truly reusable, and that's what Aura is all about.

Need some more reasons to use Aura?:

Your application will be an instance of the Aura object.

Extensions are loaded in your application when it starts. They allow you to add features to the application, and are available to the widgets through their sandbox.

The core implements aliases for DOM manipulation, templating and other lower-level utilities that pipe back to a library of choice. Aliases allow switching libraries with minimum impact on your application.

A sandbox is just a way to implement the facade pattern on top of features provided by core. It lets you expose the parts of a JavaScript library that are safe to use instead of exposing the entire API. This is particularly useful when working in teams.

When your app starts, it will create an instance of sandbox in each of your widgets.

A widget represents a unit of a page. Each widget is independent. This means that they know nothing about each other. To make them communicate, a Publish/Subscribe (Mediator) pattern is used.

The simplest usable Aura app using a widget and extension can be found in our boilerplate repo. We do however recommend reading the rest of the getting started guide below to get acquainted with the general workflow.

The first step in creating an Aura application is to make an instance of Aura.

Now that we have our app, we can start it.

This starts the app by saying that it should search for widgets anywhere in the body of your HTML document.

By default widgets are retrieved from a directory called widgets/ that must be at the same level as your HTML document.

Let's say we want to create an "hello" widget. To do that we need to create a widgets/hello/ directory

This directory must contain:

For our "hello" widget the main.js will be:

Add the following code to your HTML document.

Aura will call the initialize method that we have defined in widgets/hello/main.js.

Imagine that we need an helper to reverse a string. In order to accomplish that we'll need to create an extension. By default extension are retrieved from a directory called extensions/ that must be at the same level as your HTML document.

Emitting and listening for event notifications

The Aura Mediator allows widgets to communicate with each other by subscribing, unsubscribing and emitting sandboxed event notifications. The signatures for these three methods are:

Below we can see an example of a Backbone view using the Mediator to emit a notification when tasks have been cleared and subscribing to changes from tasks.stats in order to render when they are updated.

To make our reverse helper available in our app, run the following code:

This will call the initialize function of our reverse extension.

Calling use when your app is already started will throw an error.

Below we can see an example how to enable logging in specific ext/widgets. By default all loggers are enabled.

Also, when debug mode is enabled, you can declare following function for any debug purposes:

An Aura scaffolding generator (for Yeoman) is also available at Aura generator.

Generates a widget in app/widgets.

Generates a extension in app/extensions.

Want to look at some sample apps built with Aura? Check out: How to build your own Twitter-like "Open Source" page using Aura. Why do developers use us?

Aura 0.8.x was well received by the developer community, but had regular requests for a few advanced capabilities. These included individual sandboxes, declarative widgets, support for Bower and a powerful Pub/Sub implementation amongst others.

To cater for this, Aura has been getting a heavy re-write over the past few months and we anticipate releasing a beta that can be tested in April, 2013. This will be followed by detailed documentation and new demo applications.

A version of Aura currently powers the Hull.io widget platform and we are honored to have members of that team directly contributing to the next version of the project.

Would you tell us more about ghosthamlet/aura?