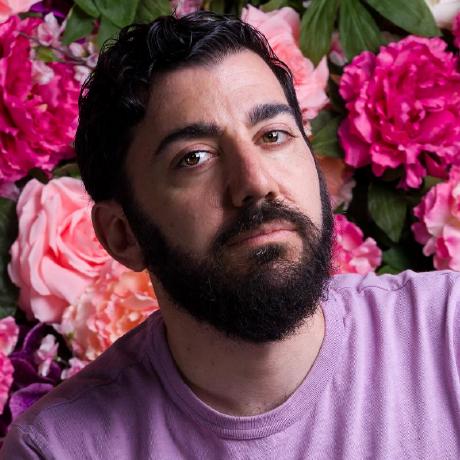 Biscotto is a tool for generating CoffeeScript documentation. The underlying architecture was based on codo; however, this project uses a variant of the excellent TomDoc notation, instead of the more verbose JSDoc. It also has many more niceties.

API documentation is written in the TomDoc notation. Originally conceived for Ruby, TomDoc lends itself pretty nicely to CoffeeScript.

There are some slight changes in the parse rules to match CoffeeScript. Briefly, here's a list of how you should format your documentation.

Every class and method should start with one of three phrases: Public:, Internal:, and Private:. During the documentation generation process, you can flag whether or not to include Internal and Private members via the options passed in. If you don't have one of these status indicators, Biscotto will assume the global visibility (more on this below).

Each method argument must start with the argument name, followed by a dash (-), and the description of the argument:

Hash options are placed on a newline and begin with a colon:

The examples section must start with the word "Examples" on a line by itself. The next line should be blank. Every line thereafter should be indented by two spaces from the initial comment marker:

When returning from a method, your line must start with the word Returns. You can list more than one Returns per method by separating each type on a different line.

Biscotto comments are parsed for references to other classes, methods, and mixins, and are automatically linked together.

If you are referring to a method within the same class, you can omit the class name: {::walk} or {.constructor}.

Here's an example of using links:

Classes and methods can be marked as Public, Private, or Internal.

You can flag multiple methods in a file with the following syntax:

That will mark every method underneath that block as Public. You can follow the same notion for Internal and Private as well.

You can have as many block status flags as you want. The amount of #s must be at least three, and you can have any text inside the block you want (for your own information). For example:

If you explicitly specify a status for a method within a block, the status is respected. For example:

shown is kept as Public because of the status block, while notShown is indeed Internal.

If you're writing methods that do the exact same thing as another method, you can choose to copy over the documentation via a delegation. For example:

delegatedMethod has the same arguments, return type, and documentation as delegatedRegular. You can also choose to delegate to a different class:

Classes that are delegated should still set their own statuses. For example, even though [email protected] is Public, delegatedMethod is still marked as Private. The same documentation remains.

Unlike TomDoc, there is no additional notation for default values. Biscotto will take care of it for you, because it parses the CoffeeScript source and understands default values.

For more technical examples, peruse the spec folder, which contains all the tests for Biscotto.

After installing Biscotto, you'll have a biscotto binary that can be used to generate the documentation recursively for all CoffeeScript files within a directory.

Biscotto wants to be smart and tries to detect the best default settings for the sources, the README, any extra files, and the project name, so the above defaults may be different on your project.

You can define your project defaults by writing your command line options to a .biscottoopts file:

Put each option flag on a separate line, followed by the source directories or files, and optionally any extra file that should be included into the documentation separated by a dash (-). If your extra file has the extension .md, it'll be rendered as Markdown.

You can quickly search and jump through the documentation by using the fuzzy finder dialog:

In frame mode you can toggle the list navigation frame on the left side:

You can focus a list in frame mode or toggle a tab in frameless mode:

You can focus and blur the search input:

In frameless mode you can close the list tab:

If you want to use Biscotto with Gulp, see gulp-biscotto.

You can use Biscotto to generate a complete JSON representation of your Node.js module. Simply pass in the --metadata flag and the path to your top-level module directory (where you keep your package.json).

Metadata generation should be considered an "advanced" way of using Biscotto. By generating metadata, Biscotto itself doesn't provide a way to turn it into HTML or interpret the comments in any way. It relies solely on the existing CoffeeScript AST. It allows for greater consumption and flexibility, however, because it traverses over the entire module.

You can find an example of the sort of metadata generated by looking at the test suite.

In (very) brief, take a look at this example:

Items are indexed by their row numbers, followed by thier column numbers. The idea is that you can traverse all along the metadata blob by simply following the location references.

For a deeper understanding of the syntax and rationale, see the original proposal at issue #43

Permission is hereby granted, free of charge, to any person obtaining a copy of this software and associated documentation files (the 'Software'), to deal in the Software without restriction, including without limitation the rights to use, copy, modify, merge, publish, distribute, sublicense, and/or sell copies of the Software, and to permit persons to whom the Software is furnished to do so, subject to the following conditions:

THE SOFTWARE IS PROVIDED 'AS IS', WITHOUT WARRANTY OF ANY KIND, EXPRESS OR IMPLIED, INCLUDING BUT NOT LIMITED TO THE WARRANTIES OF MERCHANTABILITY, FITNESS FOR A PARTICULAR PURPOSE AND NONINFRINGEMENT. IN NO EVENT SHALL THE AUTHORS OR COPYRIGHT HOLDERS BE LIABLE FOR ANY CLAIM, DAMAGES OR OTHER LIABILITY, WHETHER IN AN ACTION OF CONTRACT, TORT OR OTHERWISE, ARISING FROM, OUT OF OR IN CONNECTION WITH THE SOFTWARE OR THE USE OR OTHER DEALINGS IN THE SOFTWARE.

A curated list of awesome CoffeeScript frameworks, libraries and software. ...

Would you tell us more about gjtorikian/biscotto?