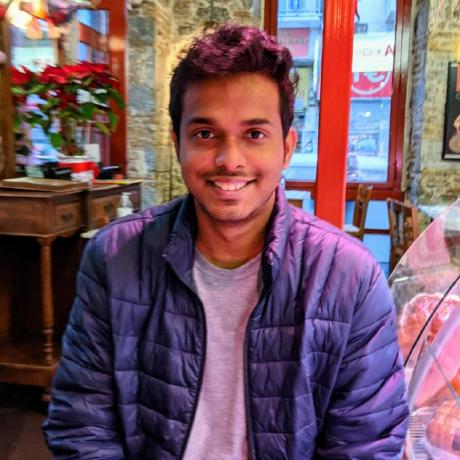 ###Startups and Business * Zero to One by Peter Thiel, Blake Masters * Hackers and Painters by Paul Graham * Linchpin: Are You Indispensable by Seth Godin * The Black Swan: The Impact of the Highly Improbable by Nassim Nicholas Taleb * The Tipping Point: How Little Things Can Make a Big Difference by Malcolm Gladwell * The Compound Effect by Darren Hardy * Good to Great: Why Some Companies Make the Leap And Others Don’t by Jim Collins * The Four Steps to the Epiphany by Steve Blank * Contagious: Why Things Catch On by Jonah Berger * David and Goliath: Underdogs, Misfits, and the Art of Battling Giants by Malcolm Gladwell * The Signal and the Noise: Why So Many Predictions Fail–but Some Don’t by Nate Silver * The Hard Thing About Hard Things: Building a Business When There Are No Easy Answers by Ben Horowitz * The Paradox of Choice: Why More Is Less by Barry Shwartz * Influencer: The New Science of Leading Change by Joseph Grenny, Kerry Patterson * The Art of the Start: The Time-Tested, Battle-Hardened Guide for Anyone Starting Anything by Guy Kawasaki * Founders At Work: Stories Of Startups Early Days by Jessica Livingston * The Lean Startup: How Constant Innovation Creates Radically Successful Businesses by Eric Ries * ReWork: Change the Way You Work Forever by David Heinemeier Hansson * The E-Myth Revisited: Why Most Small Businesses Don’t Work and What to Do About It by Michael E. Gerber * Delivering Happiness: A Path to Profits, Passion, and Purpose by Tony Hsieh * Losing My Virginity: How I Survived, Had Fun, and Made a Fortune Doing Business My Way by Richard Branson * The Power of Full Engagement: Managing Energy, Not Time, is the Key to High Performance and Personal Renewal by Jim Loehr, Tony Schwartz * The Checklist Manifesto: How To Get Things Right by Atul Gawande * The $100 Startup: Reinvent the Way You Make a Living, Do What You Love, and Create a New Future by Chris Guillebeau * Big Data: A Revolution That Will Transform How We Live, Work, and Think by Kenneth Cukier * The Score Takes Care of Itself: My Philosophy of Leadership by Bill Walsh, Steve Jamison, Craig Walsh * The Thank You Economy by Gary Vaynerchuk * Crowdsourcing: Why the Power of the Crowd Is Driving the Future of Business by Jeff Howe * Where Good Ideas Come From by Steven Johnson * The Strategy and Tactics of Pricing : A Guide to Move More Profitable by Thomas Nagle, John Hogan, Joseph Zale * Leaving Microsoft to Change the World: An Entrepreneur’s Odyssey to Educate the World’s Children by John Wood * The 22 Immutable Laws Of Branding by Laura Ries and Al Ries * Rich Dad Poor Dad : What The Rich Teach Their Kids About Money That The Poor And Middle Class Don’t by Robert T. Kiyosaki * Outliers: Story of Success by Malcolm Gladwell * The 4-Hour Work Week: Escape the 9-5, Live Anywhere and Join the New Rich by Thomas Ferriss * How to Get From Where You Are to Where You Want to Be : The 25 Principles of Success by Jack Canfield, Janet Switzer * Getting Things Done: The Art of Stress-Free Productivity by David Allen * SuperFreakonomics: Global Cooling, Patriotic Prostitutes, and Why Suicide Bombers Should Buy Life Insurance by Steven D. Litt * Strategy for Sustainability: A Business Manifesto by Adam Werbach * The Big Short: Inside the Doomsday Machine by Michael Lewis * Who Says Elephants Can’t Dance?: Leading a Great Enterprise through Dramatic Change by Louis V Gerstner, Jr * The Ten Faces of Innovation by Tom Kelley * Too Big to Fail by Andrew Ross Sorkin * The Innovator’s Dilemma by clayton m. christensen * The Paypal Wars by Eric M. Jackson * Origin of Wealth by Eric D. Beinhocker * One Click: Jeff Bezos and the Rise of Amazon.com by Richard Brandt * Cognitive Surplus: Creativity and Generosity in a Connected Age by Clay Shirky * Super Crunchers: Why Thinking-By-Numbers is the New Way To Be Smart by Ian Ayres by Ian Ayres * The Curse of the Mogul by Jonathan A. Knee, Bruce C. Greenwald, Ava Seave * The Accidental Billionaires : The Founding of Facebook, a Tale of Sex, Money, Genius and Betrayal by Ben Mezrich * Lean In : Women, Work and the Will to Lead by Sheryl Sandberg * Business Sutra : A Very Indian Approach to Management by Devdutt Pattanaik

###Philosophy And Psychology * The Art of War by Sun Tzu * Predictably Irrational by Dan Ariely * Thinking, Fast and Slow by Daniel Kahneman * What the Dog Saw: and other adventures by Malcolm Gladwell * The Fine Art of Small Talk: How To Start a Conversation, Keep It Going, Build Networking Skills – and Leave a Positive Impression by Debra Fine * Gifs of Immperfection by Brene Brown * Quiet: The Power of Introverts in a World That Can’t Stop Talking by Susan Cain * Born to Run: A Hidden Tribe, Superathletes, and the Greatest Race the World Has Never Seen by Christopher McDougall * The Upside of Irrationality: The Unexpected Benefits of Defying Logic by Dan Ariely * Why Smart People Can Be So Stupid by Robert J Sternberg * Creative Visualization: Use the Power of Your Imagination to Create What You Want in Your Life by Shakti Gawain * In Defense of Food: An Eater’s Manifesto by Michael Pollan * Rapt: Attention and the Focused Life: Winifred Gallagher by Winifred Gallagher * You Just Don’t Understand: Women and Men in Conversation by Deborah Tannen * How to Win Friends and Influence People by Dale Carnegie * Moral Tribes: Emotion, Reason, and the Gap Between Us and Them by Joshua Greene * Why We Make Mistakes: How We Look Without Seeing, Forget Things in Seconds, and Are All Pretty Sure We Are Way Above Average by Joseph T. Hallinan * Tattoos on the Heart: The Power of Boundless Compassion by Gregory Boyle * Flow: The Psychology of Optimal Experience by Mihaly Csikszentmihalyi * The Future of the Mind: The Scientific Quest to Understand, Enhance, and Empower the Mind by Michio Kaku * [Why Does the World Exist?: An Existential Detective Story]() by Jim Holt * [Alone Together: Why We Expect More from Technology and Less from Each Others]() by Sherry Turkle * Supernormal: Science, Yoga, and the Evidence for Extraordinary Psychic Abilities by Dean Radin * Irrational Man: A Study in Existential Philosophy by William Barrett * The Power of Habit: Why We Do What We Do In Life And Business by Charles Duhigg * The Concise 48 Laws of Power by Robert Greene * Prisoner’s Dilemma by William Poundstone * The Ethical Brain: The Science of Our Moral Dilemmas by Michael S. Gazzaniga * Snoop: What Your Stuff Says About You: Sam Gosling by Sam Gosling * The Stuff of Thought: Language as a Window into Human Nature by Steven Pinker * [The Blank Slate: The Modern Denial of Human Nature]() by Steven Pinker * Influence: The Psychology of Persuasion by Robert B. Cialdini * The Age of Insight: The Quest to Understand the Unconscious in Art, Mind, and Brain, from Vienna 1900 to the Present by Eric Kandel * A Whole New Mind: Why Right-Brainers Will Rule the Future by Daniel H. Pink * Games People Play: The Basic Handbook of Transactional Analysis by Eric Berne. * How to Win Every Argument: The Use and Abuse of Logic by Madsen Pirie * Zen Mind, Beginner’s Mind by Shunryu Suzuki, David Chadwick * The Beginning of Infinity: Explanations That Transform the World by David Deutsch * This Will Make You Smarter: New Scientific Concepts to Improve Your Thinking by John Brockman * Intuition Pumps And Other Tools for Thinking by Daniel C. Dennett * Just the Arguments: 100 of the Most Important Arguments in Western Philosophy by Michael Bruce, Steven Barbone * The History of Western Philosophy by Bertrand Russell * The Truth About Everything: An Irreverent History of Philosophy : With Illustrations by Matthew Stewart * Bulfinch’s Mythologyby Thomas Bulfinch * Consilience: The Unity of Knowledge by Edward O. Wilson * Every Thing Must Go: Metaphysics Naturalized by James Ladyman, Don Ross, et al * Antifragile: Things That Gain from Disorder (Incerto) by Nassim Nicholas Taleb * Metamagical Themas: Questing For The Essence Of Mind And Pattern by Douglas Hofstadter * Education and the Significance of Life by Krishnamurti * Metaphors We Live By by George Lakoff, Mark Johnson * The Hero with a Thousand Faces Joseph Campbell * The User Illusion: Cutting Consciousness Down to Size by Tor Norretranders * Outsmarting IQ: The Emerging Science of Learnable Intelligence by David Perkins * Spent: Sex, Evolution, and Consumer Behavior by Geoffrey Miller * The Social Contract by Jean-Jacques Rousseau, Maurice Cranston * Vagabonding: An Uncommon Guide to the Art of Long-Term World Travel by Rolf Potts * Jonathan Livingston Seagull by Richard Bach * Man’s Search for Meaning by Viktor E. Frankl * Awaken the Giant Within: How to Take Immediate Control of Your Mental, Emotional, Physical and Financial Destiny! by Anthony Robbins

To the extent possible under law, Vishnu Ks has waived all copyright and related or neighboring rights to this work.

:books: Books that will blow your mind ...

Would you tell us more about hackerkid/Mind-Expanding-Books?