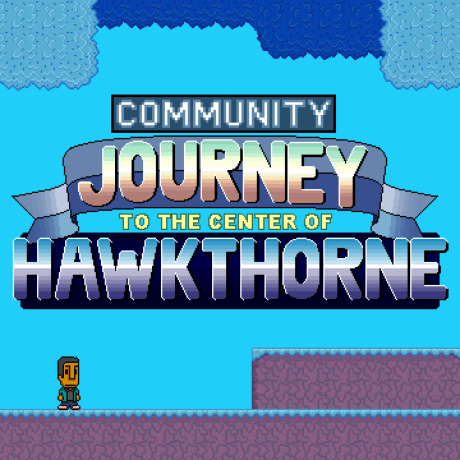 Journey to the Center of Hawkthorne

This 2d platformer is based on Community’s Digital Estate Planning episode. It’s built using the LÖVE game engine. Please report any issues or bugs you have with the game!

Contribute to the game

All discussion and development takes place on /r/hawkthorne. If you have any contributions you’d like to submit, either open a pull request or create a post on the subreddit. The steps below are only needed if you want to write code for the game.

Getting started with development on OS X / Linux

Getting start is easy. Just clone the repository and run make run.

Getting started with development on Windows

First, download and install Github for Windows which will setup git on your computer. You’ll also need PowerShell, which comes pre-installed on Windows 7 & 8.

Once you’ve installed and logged in with Github for Windows, go to https://github.com/hawkthorne/hawkthorne-journey and click the Fork button

After you’ve successfully forked the repository go to https://github.com/<your username>/hawkthorne-journey and click the “Clone in Windows” button.

Once you have the repo, click on it in Github for Windows, select “tools > open a shell here”.

In your new PowerShell window, run

Congratulations! You’re running Journey to the Center of Hawkthorne! Your next steps can be:

Unless otherwise noted, this code is licensed under the MIT License.

A Lua Server for Journey to the Center of Hawkthorne ...

A Lua Server for Journey to the Center of Hawkthorne ...

Would you tell us more about hawkthorne/hawkthorne-journey?