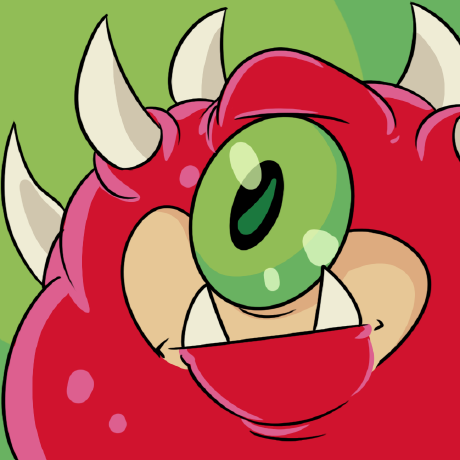 Emacs for the stubborn martian vimmer 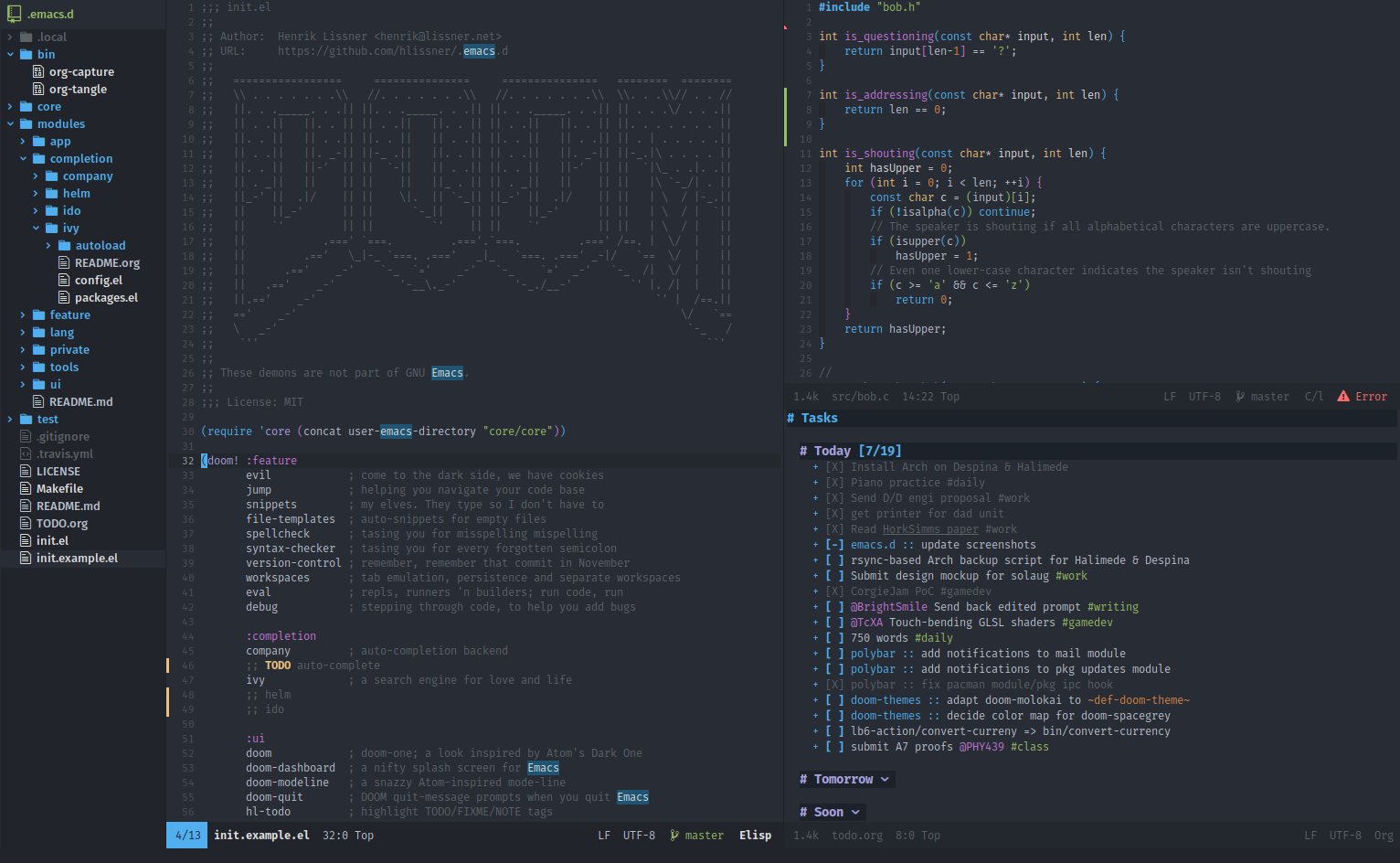 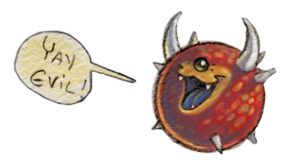 This is an Emacs configuration for a stubborn, melodramatic and shell-dwelling vimmer disappointed with the text-editor status quo.

Doom tries to look and act like modern editors (whatever that will mean to me on any given day), emulates vim as best it can and strives to surpass it in any way possible. All to fit my needs as a software developer, indie game developer, UX designer, scientist and doom enthusiast.

NOTE: you can find the theme in a separate repo.

Depends on Cask and make:

Run :bc! for a more comprehensive byte compile (:bc will compile the current, open *.el file).

For OSX users, I recommend Yukihiro Matsumoto’s fork of Emacs, which you can get through homebrew:

To get a picture of what’s in here, check out:

Though this wasn’t designed with anyone else’s use in mind, I’d be happy to help anyone out with problems encountered using (or cribbing from) my config. Don’t hesitate to report bugs!

A few things to keep in mind:

My emacs config (mirror of https://petton.fr/git/nico/emacs.d) ...

New emacs setup - everything in .emacs.d ...

My .emacs.d directory, starting fresh. My emacs got really full on stuff I didn't always use so I think it'll be better in the long run to rewrite it and know everything in it. ...

Would you tell us more about hlissner/.emacs.d?