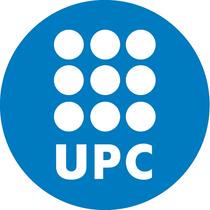 A joint collaboration between:

We present a method for performing hierarchical object detection in images guided by a deep reinforcement learning agent. The key idea is to focus on those parts of the image that contain richer information and zoom on them. We train an intelligent agent that, given an image window, is capable of deciding where to focus the attention among five different predefined region candidates (smaller windows). This procedure is iterated providing a hierarchical image analysis. We compare two different candidate proposal strategies to guide the object search: with and without overlap. Experiments indicate better results for the overlapping candidate proposal strategy and a loss of performance for the cropped image features due to the loss of spatial resolution. We argue that, while this loss seems unavoidable when working with large amounts of object candidates, the much more reduced amount of region proposals generated by our reinforcement learning agent allows considering to extract features for each location without sharing convolutional computation among regions. Our workshop paper is available on arXiv, and related slides here.

You may also want to refer to our publication with the more human-friendly Chicago style:

This python code enables to both train and test each of the two models proposed in the paper. The image zooms model extracts features for each region visited, whereas the pool45 crops model extracts features just once and then ROI-pools features for each subregion. In this section we are going to describe how to use the code. The code uses Keras framework library. If you are using a virtual environment, you can use the requirements.txt provided.

First it is important to notice that this code is already an extension of the code used for the paper. During the training stage, we are not only considering one object per image, we are also training for other objects by covering the already found objects with the mean of VGG-16, inspired by what Caicedo et al. did on Active Object Localization with Deep Reinforcement Learning.

First of all the weights of VGG-16 should be downloaded from the following link VGG-16 weights. If you want to use some pre-trained models for the Deep Q-network, they can be downloaded in the following link Image Zooms model. Notice that these models could lead to different results compared to the ones provided in the paper, due that these models are already trained to find more than one instance of planes in the image. You should also create two folders in the root of the project, called models_image_zooms and models_pool45_crops, and store inside them the corresponding weights.

We will follow as example how to train the Image Zooms model, that is the one that achieves better results. The instructions are equal for training the Pool45 Crops model. The script is image_zooms_training.py, and first the path to the database should be configured. The default paths are the following:

But you can change them to point to your own locations.

The training of the models enables checkpointing, so you should indicate which epoch you are going to train when running the script. If you are training it from scratch, then the training command should be:

There are many options that can be changed to test different configurations:

class_object: for which class you want to train the models. We have trained it for planes, and all the experiments of the paper are run on this class, but you can test other categories of pascal, also changing appropiately the training databases.

number_of_steps: For how many steps you want your agent to search for an object in an image.

scale_subregion: The scale of the subregions in the hierarchy, compared to its ancestor. Default value is 3⁄4, that denoted good results in our experiments, but it can easily be set. Take into consideration that the subregion scale and the number of steps is very correlated, if the subregion scale is high, then you will probably require more steps to find objects.

bool_draw: This is a boolean, that if it is set to 1, it stores visualizations of the sequences for image searches.

At each epoch the models will be saved in the models_image_zooms folder.

To test the models, you should use the script image_zooms_testing.py. You should also configure the paths to indicate which weights you want to use, in the same manner as in the training stage. In this case, you should only run the command python image_zooms_testing.py. It is recommended that for testing you put bool_draw = 1, so you can observe the visualizations of the object search sequences. There is the option to just search for a single object in each image, to reproduce the same results of our paper, by just setting the boolean only_first_object to 1.

If you have any general doubt about our work or code which may be of interest for other researchers, please use the public issues section on this github repo. Alternatively, drop us an e-mail at [email protected] and [email protected].

Would you tell us more about imatge-upc/detection-2016-nipsws?