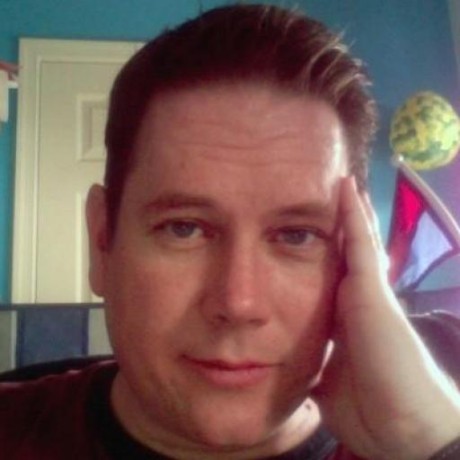 A VS Code package for developing Clojure code

Continuum is a VS Code extension/debugger for developing Clojure. It provides a REPL as well as language support and debugging.

A Note about the Preview Version

Most heavily tested on macOS. Seems to work fine on Linux and Windows from my limited testing. Most of the features are operational and work well enough to provide a useful workflow at this point.

tl;dr watch the YouTube video; otherwise, follow the instructions here. Note that the video has not been updated yet to reflect the change in way the REPL is launched.

From the command palette (cmd-shift-p) select Install Extensions and search for Continuum in the Extensions viewlet.

2. Add the Debug Middleware to Your Project

After installing the extension in VS Code you need to add The nREPL debug middleware to your project. If you are using leiningen the best way to do this is through a custom profile. For a description of profiles see the leiningen profiles documentation. You can do this by adding the following to the profiles in your project.clj file or to profiles.clj. Modify the path to the tools.jar file as appropriate.

IMPORTANT The middleware version is now synced to the extension version. The best way to make sure you are using the proper middleware version to match your extension version is to use dynamic evaluation of the version in your dependency definition. Continuum now exports an environment variable on launch (VS_CODE_CONTINUUM_VERSION) that can be used in your profiles.clj or other means of declaring the dependency. The sample profiles.clj file above shows how to do this for leiningen projects. If you are starting the REPL yourself and attaching the debugger to it then you need to be sure you start the REPL with the correct version of the debug-middleware.

3. Set up a launch.json file

Continuum supports launching REPLs as well as attaching to running REPLs. This is controlled using launch configurations in a launch.json file. We will demonstrate launching a REPL first and then demonstrate connecting to an existing REPL later. If you are unfamiliar with VS Code debugging or launch.json, it might be helpful to read through the documentation.

You can get started by opening a Clojure project in VS Code and creating a launch.json file. Open the Debug viewlet by clicking on the debug icon

in the upper right corner and select ‘Clojure Debug’ from the menu.

A launch.json file will be created with a default launch configuration. You should edit this file for your own environment. VS Code provides Intellisense support when editing this file to help you make valid choices. Also, as of version 0.4.0, you can set defaults for several of the fields in the extension preferences. These defaults will be used for any of the fields you leave blank. The full details of the available settings are documented at the end of this readme file, but for now the only fields you need to change are the following:

The extension can launch the REPL in three different ways: in the internal debug console, in an internal command terminal, or in an external terminal. This is controlled by the console attribute. The default uses the internal debug console. Running in a terminal can be useful if, for example, you need to type input into your program or if your program expects to run in a terminal environment.

The functionality of the extension is not available unless a REPL is running. You need to either launch a REPL or attach to one. We will cover launching a REPL first.

Once you have set up your profile (or otherwise enabled the nREPL middleware) and created a suitable launch.json file you can launch the REPL by going to the Debug viewlet, choosing the launch configuration you want to use, then clicking the debug icon

. Note that this has changed from the previous method of launching the REPL from the command palette. The main elements to the interface are labeled in the next screenshot. These are the debug console, where output from the REPL is displayed, the debug console input box, used to execute code in the user namespace and at breakpoints, the status area, which displays messages related to the current operation, and the call stack vew that displays the active threads as well as frames when a breakpoint is encountered. Attaching to a Running REPL

Using a configuration like the following, it is possible to attach to a running REPL (notice request is set to “attach”.

Note that the REPL must have been started listening on a JDI port. This is possible on mac/linux using something like this following:

Once the REPL is started, you can connect using the same procedure as the one used for launching a REPL, namely, selecting Clojure: Start REPL from the command pallet and choosing your “attach” configuration. The following example illustrates this process.

There are two different ways to execute code in the REPL. The first way is to select code in an editor and execute that using the Clojure: Evaluate selected text command from the command palette (shift+cmd+p), or by using the key binding shortcut (cmd+alt+e on mac or ctrl+alt+e on win/linux). Code evaluated in this way is evaluated in the namespace of the open file. Evaluating code from within an editor is facilitated by a helper (shift+ctrl+m) that expands the current selection to the next outer form. Repeated invocation will continue to expand the selection.

The second way to evaluate code is by typing it into the debug console input box as shown below. Code evaluated from the debug input box is normally evaluated in the context of the user namespace. The exception to this is when the program is stopped at a breakpoint, in which case the code is evaluated in the context of the current frame (having access to any defined vars.). All three cases are shown below:

Currently Continuum supports two kinds of breakpoints, line breakpoints and exceptions breakpoints. Line breakpoints let you set set a breakpoint at a specific line in a given file. These are set by clicking in the left margin of an open editor.

Breakpoints can be set for exceptions by checking the ‘Exceptions’ box in the ‘Breakpoints’ view. As discussed in the “Known Limitations” section below, exception breakpoints apply to both checked and unchecked exceptions. In the status bar to the right of the exception class icon

is an input box that can be used to set the type of exceptions on which to break. The default is Throwable.

In this example, the exception occurs within the core Java code for Clojure. VS Code cannot display source it can’t access, but we can select the invoking Clojure frame farther up the stack to see that code and inspect the vars.

If you have the source for the Java code in your source path then VS Code will display that as well. Java variables can be inspected and invoked from Clojure code in the debug console input just as with Clojure vars.

If the debugger seems to have stopped working (but language features like docstring lookup or jump to definition still work), you might need to restart the debugger. You can do this by clicking on the restart icon

. This will not trigger the launch indicator or change the color of the status bar. You need to examine the REPL output to determine if things have restarted. If all else fails, you may need to stop the REPL by clicking the stop button

I see Clojure development as being fundamentally different from development in other languages. In traditional development we employ a workflow of code, compile, execute/test, repeat (skipping the compile step for some languages). In Clojure, we employ a REPL driven approach in which we are constantly evaluating code as we write it. This extension takes that a step further to include debugging as part of a continuous development process. Instead of employing discrete steps during development all the steps blend together into a continuum.

That, and all the good names were taken.

console, comandLine, and env do not apply to attach configurations.

A VS Code package for developing Clojure code ...

Would you tell us more about indiejames/vscode-clojure-debug?