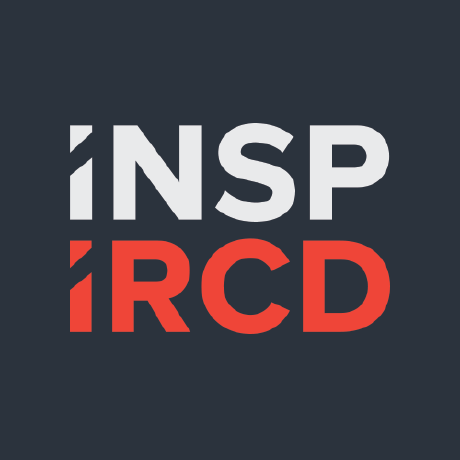 The master branch contains the latest development version. If you are running a server then you probably want the insp20 branch. You can obtain this from the releases page or by running git checkout insp20 if you are installing via Git.

InspIRCd is a modular Internet Relay Chat (IRC) server written in C++ for Linux, BSD, Windows and Mac OS X systems which was created from scratch to be stable, modern and lightweight.

As InspIRCd is one of the few IRC servers written from scratch, it avoids a number of design flaws and performance issues that plague other more established projects, such as UnrealIRCd, while providing the same level of feature parity.

InspIRCd is one of only a few IRC servers to provide a tunable number of features through the use of an advanced but well documented module system. By keeping core functionality to a minimum we hope to increase the stability, security and speed of InspIRCd while also making it customisable to the needs of many different users.

Would you tell us more about inspircd/inspircd?