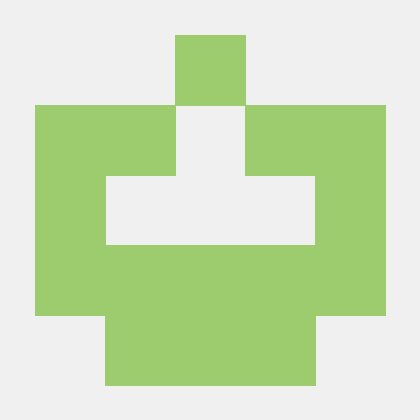 An grid view for iPhone/iPad, designed to look similar to NSCollectionView.

### Adopting AQGridView in your Xcode 4 project

Create a subclass of AQGridViewController. In -viewDidLoad, you can change any properties you desire, add background, header, or footer views, and so on.

Unless you want a grid cell size of 96x128 (the default) you should implement -[id<AQGridViewDataSource> portraitGridCellSizeForGridView], from which you can return a suitable minimum size for your cells. This is used as the basis of the layout grid; the grid view will expand the width of this size until it reaches a factor of the current content size, then uses that for its layout.

Cells will be placed in the center of each layout grid rectangle. By default, the cells are not resized to fill this grid rectangle, but you can change this using the resizesCellWidthToFit property on AQGridView.

If your cell should not be positioned dead center (for example, if your cell contains an image with a shadow on one side, and the image should be centered, not the whole thing) then you can implement -[id<AQGridViewDelegate> gridView:adjustCellFrame:withinGridCellFrame:] to tweak the auto-centered cell frame calculated by the grid view’s layout code.

For instance, the Kobo iPad Application does this for its shelf view, and uses resizesCellWidthToFit for its two-column list view.

This will need a large amount of refactoring to support moves between sections, and will need a new way of keeping track of visible cell indices (it currently uses an NSRange).

If cells don’t need to update their content after being drawn, each row could be composited into a single view for reduced load on the Core Animation renderer This would need support in the grid view for displaying these composited rows, and would also need special support in AQGridViewCell to mark individual cells as needing dynamic updates, so they could be skipped when compositing and displayed normally on top of the composited row.

KVO would be used to keep track of this. NB: This would also need special handling for the “glow” selection style (or possibly the tracking cell would always be placed on screen, regardless of its dynamism requirements).

There are possibly still a couple of deeply-buried bugs in the cell movement code inside AQGridViewUpdateInfo. These are a pain to track down, and the code in that class could possibly use some cleanup. This is also something which would need to change a lot for section support (it makes heavy use of NSIndexSet right now).

The second button at the top right of the screen will pop up a menu which changes from the default empty-space grid style to a UITableView-like “filled cell” grid style. In this version, the cells are automatically resized to fit their grid slots, and the selection style (and the cells’ behavior when selected) will match UITableView more closely.

This demo shows how to make a new grid view instance expand into existence from a single point. The ExpanderDemoViewController implements a basic grid view with a single cell. When this cell is tapped, it creates a new instance of ExpandingGridViewController, which then expands its image cells into view (only using those cells which would be visible, not ALL cells).

The expansion is triggered by calling -[ExpandingGridViewController expandCellsFromRect:ofView:]. Before calling this, you must set the expanding grid view’s frame (so it can figure out what cells should be visible at what indices) and add it to a superview (so the passed rectangle can be mapped across). Afterward, you should ensure that you call the new controller’s -viewDidAppear:. This last function implements the last part of the expansion algorithm.

In -expandCellsFromRect:ofView:, the controller converts the source rectangle into its own view’s coordinate space and caches it. It also goes through the grid view’s cell list and stores their existing frames ready to animate them later. Lastly, it sets its view’s background colour to clear. Then in -viewDidAppear: it first moves all the visible cells to the saved starting rectangle, then in an animation block it restores its background colour and moves the cells to their original positions.

Yes, this example contains a memory leak, and doesn’t go in reverse. The only exemplary code is in the two methods discussed above.

People have asked how they can show their support. Other than implementing nice features & pushing them back upstream, you can always take a look at my Amazon Wish List.

Would you tell us more about iridia/AQGridView?