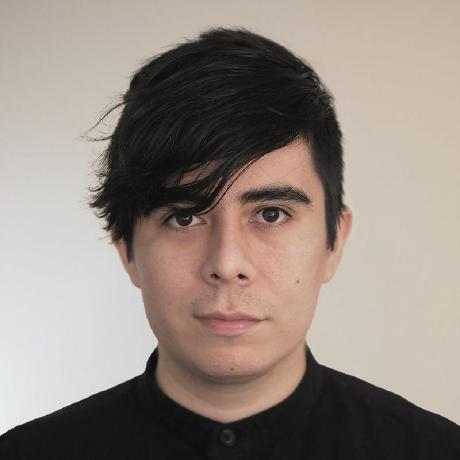 This is an experiment. The idea is to create a battle game, where the participants code their AI, and then we make them fight! You can play by adding your own AI to the game!

How to run the demo.

Clone the repo and then

Add your player as specificed in player definition in

And then require yourself in

And run the demo again. Have fun!

Read the game definitions to learn how to create your player. Have fun!

Games and coding are fun! So I want to make a game where we can confront AI vs AI in javascript.

The game is simple: we will put all the players in a battle arena, and then make them fight to death. Where will be ammo in the arena so they can shoot each other. The last player alive wins!

Let the player definition (playerDefinition) be an object with the player info and its AI function.

The AI function will receive playerState, enemiesStates (array of all the other players playerStates), and gameEnvironment as arguments, and must return one of the following strings: * move: To move one tile in the current direction. * north, east, south or west: To turn to that direction. * shoot. To shoot if the user has enough ammo.

Any other response, trying to move outside the arena size (gameEnvironment.gridSize) or trying to shoot without ammo, will result in a no-op.

Let the player state (playerState) be an object with a player information like the following:

Let the game environment (gameEnvironment) be a configuration object like the following:

Let the game state (gameState) be an object with the array of all user states, and the game environment.

We should make an app that can take functions provided by the users, execute them, and render the game as specified in the functional spec.

How this was made.

We can divide the problem in 3 big steps.

They will interact as follows:

The AI runner should execute all the functions that the players provided, with the current user state, all user states, and game enrivonment as arguments.

We can run the functions as WebWorkers because: * They can not access the dom and modify things. * Runs in a sandbox. If they crash or stop responding we can detect it. * Bonus: We can parallelise the excecution.

The game is designed to make irrelevant the order of execution of the AIs. So we are safe running all this asynchronous.

To prevent the functions to take so much time thinking (probably because an infinite loop), we will create an array of nulls, where we will put the responses of the workers as they arrive. If X seconds passes (enough time to think for almost everything, except infinite loops, of couse) then we will pass the nullified response of that worker, and the Game Core will kill that player.

This javascript class will recive a playerDefinition and return a player instance.

This class will receive all the player definitions, generate the game states, and execute the players AIs.

Would you tell us more about javierbyte/clashjs?