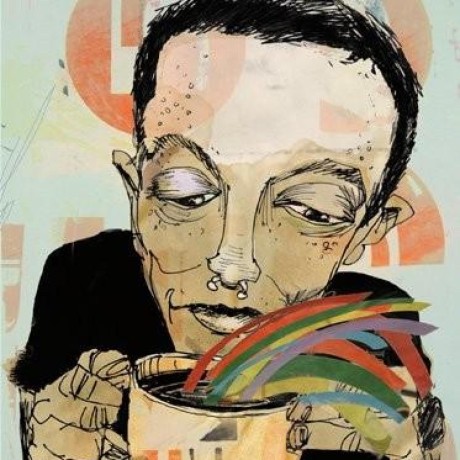 Teaspoon: Javascript test runner for Rails. Run tests in the browser or headless with PhantomJS, Selenium WebDriver, Capybara Webkit or with BrowserStack.

Teaspoon is a Javascript test runner built for Rails. It can run tests in the browser and headless using PhantomJS, Selenium WebDriver, or Capybara Webkit. It can also run your tests on selenium-webgrid providers such as BrowserStack.

The goal of Teaspoon is to be simple to use while also providing the most complete Javascript testing solution for Rails.

Teaspoon takes advantage of the Rails asset pipeline, and ships with support for Jasmine, Mocha, and QUnit.

If you’d like to use Teaspoon with Guard, check out the guard-teaspoon project. Or, if you want to use the Spring preloader, try the unofficial spring-commands-teaspoon.

Running in the console

Running in the console using Tapout

Running in the browser

Add the framework-specific Teaspoon gem to your Gemfile. In most cases you’ll want to restrict it to the :development, :test groups. The available gems are teaspoon-jasmine, teaspoon-mocha and teaspoon-qunit. If you’re unsure which framework you’d like to use, we think Jasmine is a good starting place.

To run Teaspoon headless you’ll need PhantomJS, Selenium Webdriver or Capybara Webkit. We recommend PhantomJS, which you can install with homebrew, npm or as a download.

Teaspoon uses the Rails asset pipeline to serve files. This allows you to use = require in your test files, and allows you use things like HAML or RABL/JBuilder within your fixtures.

Here’s a great Quick Start Walkthrough for writing and running your first tests.

You can run Teaspoon three ways – in the browser, via the rake task, and using the command line interface (CLI).

The rake task provides several ways of focusing tests. You can specify the suite to run, the files to run, directories to run, etc.

The CLI also provides several ways of focusing tests and is more full featured than the rake task. You can specify the suite to run, the files to run, directories to run, filters, etc.

Note: The rake task and CLI run within the development environment for optimization unless otherwise specified.

Depending on which framework you use this can differ, and there’s an expectation that you have a certain level of familiarity with your chosen test framework.

Teaspoon supports Jasmine, Mocha and QUnit. And since it’s possible to use the asset pipeline, feel free to use the = require directive throughout your specs and spec helpers.

You can also check out the examples of a Mocha Spec, and a QUnit Test.

Every test framework is different, but we’ve tried to normalize some of those differences. For instance, Jasmine lacks the concept pending, while Mocha provides several ways to achieve this. So we thought it would be worth defining what is standard between the two frameworks. QUnit doesn’t easily support the concept of pending, so that’s not covered.

To mark a spec as pending in both Mocha and Jasmine, you can either not provide a function as the second argument to the it call, or you can use xit and xdescribe.

Teaspoon allows deferring execution, which can be useful for asynchronous execution.

There’s a wiki article that goes into more depth on using RequireJS with Teaspoon. But in simple terms you can configure your suite to boot with RequireJS by setting the suite boot_partial directive to "boot_require_js".

Be sure to require require.js in your spec helper. Teaspoon doesn’t include it as a support library, so you’ll need to provide your own.

Now require.js will be used to load all the specs in your suite, however, you’ll still need to use require.js to pull down the dependencies as you would normally.

Teaspoon ships with a fixture library that works with Jasmine, Mocha, and QUnit with minimal effort. It has a consistent API, and isn’t dependent on jQuery.

Loading fixtures allows you to specify any number of files to load, and if they should be appended to the fixture element or replace what’s currently there.

If you don’t want to load files directly from the server you can provide strings instead of files, otherwise behaves like load.

You shouldn’t have to cleanup (we do that for you based on your test framework), but if you need it.

Some test cases require stubbing Ajax requests, and in those cases you may want to preload the fixture files to cache them for later. You can preload fixtures in your spec helper, or before you start mocking Ajax methods.

Check out some example of using fixtures with Mocha, QUnit.

Note: The element that Teaspoon creates is “#teaspoon-fixtures”, in case you need to access it directly and put your own fixtures in manually.

Teaspoon uses the concept of suites to group tests at a high level. These suites run in isolation and can have different configurations.

A default suite has been generated for you in your teaspoon_env.rb.

Suites inherit from a “default” suite. To modify this default, simply don’t specify a name for the suite. In this example we’re configuring the default, which all other suites will inherit from.

When defining a custom suite, provide a name and a block. The following example defines a suite named “my_suite”.

When defining multiple suites and running the tests on a CI (like Jenkins), you might need the output of bundle exec teaspoon in your XML-reports. To get one XML-file per suite you are running, you might want to add e.g a junit formatter which creates one result file per suite.

Will create a single file for each defined test-suite under spec/reports/teasoon_%{suite_name}.xml. Allowed placeholders are:

Hooks are designed to facilitate loading fixtures or other things that might be required on the back end before, after, or during running a suite or test.

You can define hooks in your suite configuration by specifying a name and a block. Hooks with the same name will be added to an array, and all configured hook callbacks with that name will be called when the hook is requested. If you don’t specify a name, :default will be assumed.

Once hooks have been defined in your configuration, you can invoke them using the javascript Teaspoon.hook interface in your specs. A request will be sent to the server, where all blocks that have been specified for a given hook will be called in the order they were defined. Any arguments passed to Teaspoon.hook will be provided to the hooks defined in the configuration.

Note: Ensure that you are using Istanbul version v0.3.0 or greater.

Each suite allows specifying ignored files, which allows you to ignore support libraries and dependencies.

The following configuration and example generates a text and cobertura report – and an annotated HTML report that you can inspect further.

If you use the "text", or "text-summary" reports, they will be output to the console after the tests have completed.

In order to provide accurate coverage and best performance, it is recommended that you require the implementation file directly from the spec file. For example:

It is not recommended that you require the entirety of your assets from within your spec helper:

If you must require application from your spec helper and you have expand_assets configuration set to false, you’ll need to exclude the spec helper from ignored coverage files:

Teaspoon allows defining coverage threshold requirements. If a threshold is not met, it will cause a test run failure.

This example would cause a failure if less than 50% of the statements were not covered by the tests for instance.

When you install Teaspoon a teaspoon_env.rb file is generated that contains good documentation for each configuration directive. Otherwise you can get a refresher by checking the Teaspoon Configuration article.

Note If you want teaspoon_env.rb to live in a location other than the default install path, you can specify an alternate path in a TEASPOON_ENV environment variable (eg $ TEASPOON_ENV=config/teaspoon.rb teaspoon).

Jasmine is one of the first BDD-style frameworks. We’ve been using Jasmine for a long time, and have been pretty happy with it. It lacks a few important things that could be in a test framework, so we’ve done a little bit of work to make that nicer. Like adding pending spec support.

Mocha came up while we were working on Teaspoon – we read up about it and thought it was a pretty awesome library with some really great approaches to some of the things that some of us browser types should consider more often, so we included it and added support for it. We encourage you to give it a try. Read more about Using Mocha with Teaspoon.

QUnit We’re not sure about how many people use QUnit, but we like jQuery, so we added it. Read more about Using QUnit with Teaspoon.

If you’d like to see what frameworks and versions Teaspoon supports, you can run rake teaspoon:info. The results of this will be restricted by what framework gems you have included in your Gemfile.

We know that testing usually requires more than just the test framework, so we’ve included some of the libraries that we use on a regular basis.

You can require the various support files in your spec helper by using:

Teaspoon works great on CI setups, and we’ve spent a good amount of time on getting that good. There’s a lot of information to go over with that topic, but here are some highlights.

Add a line to execute Teaspoon (e.g. bundle exec teaspoon) in your CI config file. If you’re using TravisCI or CircleCI it just works, but if you’re using something else all you should need is to ensure PhantomJS is installed.

Alternately, you can add Teaspoon to the default rake tasks by clearing out the defaults (not always required), and then add :teaspoon into the chain of tasks where you want.

Some build services also support selenium based setups using Xvfb and Firefox. This works well on on TravisCI, and we’ve heard of some success doing this on CircleCI, however if you are experiencing timeouts try to add a post-dependency command to precompile your assets (eg. rake assets:precompile.

If you want to generate reports that CI can use you can install Istanbul for coverage reports – and output the report using the cobertura format, which Hudson and some others can read. You can track spec failure rates by using the tap formatter, or on TeamCity setups you can use the teamcity formatter. A junit formatter is available as well.

We encourage you to experiment and let us know. Feel free to create a wiki article about what you did to get it working on your CI setup.

Running your javascript tests on the BrowserStack infrastructure is easy with the included browserstack driver.

In teaspoon_env.rb configure your driver to config.driver = :browserstack. You must add the browsers you’d like to test on as an array of hashes with key capabilities in config.driver_options. More details about the driver configurations are available on the Using BrowserStack WebDriver wiki article.

By default you can run 10 tests in parallel by default, and the number of tests running in parallel can be specified using the max_parallel driver option.

Now you can run Teaspoon locally and can see your tests running on the BrowserStack Automate Dashboard.

All licenses for the bundled Javascript libraries are included (MIT/BSD).

Teaspoon: Javascript test runner for Rails. Run tests in the browser or headless with PhantomJS, Selenium WebDriver, Capybara Webkit or with BrowserStack. ...

A jQuery like API for testing React elements and rendered components. ...

Guard-Teaspoon: Run Javascript tests with Guard and all the features of Teaspoon. ...

This gem implements the `teaspoon` command for Spring. ...

Teabag: A Javascript test runner built on top of Rails - use Jasmine, Mocha or QUnit in the browser or headlessly using PhantomJS or with Selenium Webdriver. ...

Would you tell us more about jejacks0n/teaspoon?