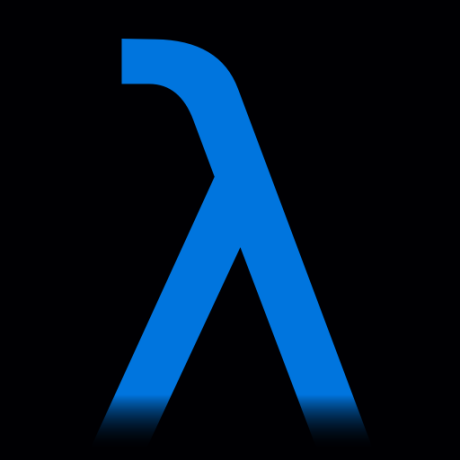 A Circuit Breaker for Erlang

This application implements a so-called circuit-breaker for Erlang.

NOTE: If you need to access FUSE (Filesystem in Userspace) then this is not the project you want. An Erlang implementation can be found in the fuserl project, https://code.google.com/p/fuserl/ or https://github.com/tonyrog/fuserl gives the pointers.

The current code status is that we have extensive test cases and test frameworks written around the code, but it has not been used in production systems yet. If you use the system in production, I would very much like to hear about it. Especially if you encountered any problems while doing so.

I know of a couple of alternative circuit breaker implementations for Erlang:

We use semantic versioning. In release X.Y.Z we bump

Maintenance release. Several grave errors were removed due to the extension of the QuickCheck model to also include timing:

Support the fault_injection style fuses. These are fuses that fails automatically at a certain rate, say 1⁄500 requests, to test systems for robustness against faulty data.

Add the ability to remove a fuse. Work by Zeeshan Lakhani / Basho.

This major release breaks backwards compatibility in statistics. Cian Synott wrote code which generalizes stats collecting through plugins, with exometer and folsom being the major plugins. Read about how to configure the system for exometer or folsom use in this README file.

No other changes in this version.

Rename fuse_evt → fuse_event. While this is not strictly a valid thing, since we break backwards compatibility, I hope no-one have begun using Fuse yet. As such, I decided to make this a minor bump instead.

When we build large systems, one of the problems we face is what happens when we have long dependency chains of applications. We might have a case where applications call like this:

Now, if we begin having errors in application B, the problem is that application A needs to handle this by waiting for a timeout of Application B all the time. This incurs latency in the code base. A Circuit Breaker detects the error in the underlying system and then avoids making further queries. This allows you to handle the breakage systematically in the system. For long cascades, layering of circuit breakers allow one to detect exactly which application is responsible for the breakage.

A broken circuit introduces some good characteristics in the system:

The broken circuit will be retried once in a while. The system will then auto-heal if connectivity comes back for the underlying systems.

Several companies should be thanked:

List of people who have made contributions to the project of substantial size:

Read the tutorial in the next section. For a command referece, there is full EDoc documentation via make docs. Note that great care has been taken to produce precise documentation of the stable API fragment of the tool. If you find anything to be undocumented, please open an Issue—or better: a pull request with a patch!

To use fuse, you must first start the fuse application:

This sets up a fuse with a given Name and a given set of options. Options are given as a tuple with two values. The strategy of the fuse and the refresh of the fuse.

Fuses are name-created idempotently, so your application can recreate a fuse if it wants. Note however, that fuse recreation has two major rules:

Once you have installed a fuse, you can ask about its state:

This queries the fuse for its state and lets you handle the case where it is currently blown. The Context specifies the context under which the fuses is running (like in mnesia). There are currently two available contexts:

Now suppose you have a working fuse, but you suddenly realize you get errors of the type {error, timeout}. Since you think this is a problem, you can tell the system that the fuse is under strain. You do this by melting the fuse:

The fuse has a policy, so once it has been melted too many times, it will blow for a while until it has cooled down. Then it will heal back to the initial state. If the underlying system is still broken, the fuse will quickly break again. While this reset-methodology is not optimal, it is easy to create a Quickcheck model showing the behaviour is correct. Note melt is synchronous. It blocks until the fuse can handle the melt. There are two reasons for this:

Another way to run the fuse is to use a wrapper function. Suppose you have a function with the following spec:

this function will do the asking and melting itself based on the output of the underlying function. The run/3 invocation is often easier to handle in programs. As with ask/1, you must supply your desired context.

There are a couple of different fuse types in the system:

An administrator can manually disable/reenable fuses through the following commands:

or in a .config as

See the source of fuse_stats_plugin and the plugins above for documentation and examples.

Furthermore, fuses raises alarms when they are blown. They raise an alarm under the same name as the fuse itself. To clear the alarm, the system uses hysteresis. It has to see 3 consecutive ok states on a fuse before clearing the alarm. This is to avoid alarm states from flapping excessively.

The fuse system contains an event handler, fuse_event which can be used to listen on events and react when events trigger in the fuse subsystem. It will send events which are given by the following dialyzer specification {atom(), blown | ok}. Where the atom() is the name of the installed fuse.

The intended use is to evict waiters from queues in a system. Suppose you are queueing workers up for answers, blocking the workers in the process. When the workers were queued, the fuse was not blown, but now it suddenly broke. You can then install an event handler which pushes a message to the queueing process and tells it the fuse is broken. It can then react by evicting all the entries in queue as if the fuse was broken.

On a Lenovo Thinkpad running Linux 3.14.4 with a processor Intel(R) Core(TM) i7-3720QM CPU @ 2.60GHz (An Ivy Bridge) Erlang Release 17.0.1, we get a throughput of 2.1 million fuse queries per second by running the stress test in stress/stress.erl. This test also has linear speedup over all the cores. Lookup times are sub-microsecond, usually around the 0.5 ballpark.

In practice, your system will be doing other things as well, but do note that the overhead of enabling a fuse is expected to be around 0.5μs in overhead.

A fuse running with fault injection has the added caveat that it also makes a call to rand:uniform() which in turn will slow down the request rate. It is not expected to be a lot of slowdown, but it is mentioned here for the sake of transparency.

Fuse is written with two kinds of tests. First of all, it uses a set of Common Test test cases which runs the basic functionality of the system. Furthermore, fuse is written with Erlang QuickCheck test cases. EQC tests are written before the corresponding code is written, and as such, this is “Property Driven Development”.

To run the standard tests, execute:

To run the EQC tests, you have to

This compiles the fuse system with mocked time so the EQC system controls time. Then it runs the models against the code base. For manual testing, you need to make the same compilation by setting the flag EQC_TESTING.

I am deliberately keeping them out of the travis build due to the necessity of Erlang Quickcheck in order to be able to run tests. There are a set of models, each testing one aspect of the fuse system. Taken together, they provide excellent coverage of the fuse system as a whole.

Great care has been taken in order to make sure fuse can be part of the error kernel of a system. The main fuse server is not supposed to crash under any circumstance. The monitoring application may crash since it is only part of the reporting. While important, it is not essential to correct operation.

QuickCheck allows us to test for requirements of a system. This essentially tests for any interleaving of calls toward the Fuse subsystem, so we weed out any error. We test for the following requirements as part of the test suite. We have verified that all of these requirements are being hit by typical EQC runs:

Software construction is a subtle and elusive business. Most errors in software are weeded out early in the development cycle, the errors that remain are really rare and hard to find. Static type systems will only raise the bar and make the remaining errors even more slippery from your grasp. Thus, the only way to remove these errors is to use a tool which is good at construction elusive counter-examples. Erlang QuickCheck is such a tool.

Development guided by properties leads to a code base which is considerably smaller. In the course of building fuse we iteratively removed functionality from the code base which proved to be impossible to implement correctly. Rather than ending up with a lot of special cases, development by property simply suggested the removal of certain nasty configurations of the software, which does nothing but makes it more bloated. Worse—one could argue some of these configuration would never be used in practice, leading to written code which would never be traversed.

The monitor model found the following:

Would you tell us more about jlouis/fuse?