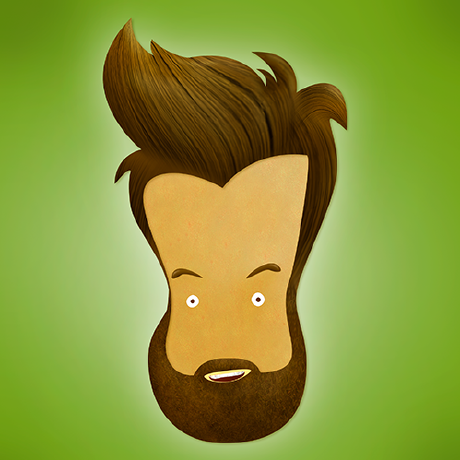 This projects aims to be:

That's it, you can now start developing your own app!

(While developing on localhost, start mailcatcher in order to receive user confirmation and recover password emails)

The application itself is almost empty, it only aims to provide some basic modules, implement the structures with some patterns and give sample code. Here are the specifications:

The app includes only the rails-api related modules, so it's thinner than a normal app but lacks some features (that can be manually added if required). The architecture of the api follows rails and http restful good practices such as:

The endpoint routes and the code structure are ready to add new api versions. The version is chosen via headers['Accept'] with values like application/vnd.railsapibase.v1 to use the first version.

To provide the app sample code, it has been developed code to manage notes (like handwritten paper notes representation), composed by a title and a content. Thus, the app has the notes routes, controller, model and rspecs to work with that notes.

Its unique purpose is to be a guide of how to add new code, so it will be deleted by the bin/remove_notes shell script.

To structure the global controller features of the api, different modules have been implemented as ActiveSupport::Concern and tested using fake controllers. Those modules are included to the ApiController, which is the father controller of the rest of controllers (check this post). At the moment there are 4 modules: authentication, error handling, internationalization and version expiration (check this other). Code Climate is the service used to check that this and all the rest of the code follows good practices (you have to activate it for your project to use it).

Codeclimate can also be run locally with its CLI.

Almost every api requires users, sessions and authentications, so this is the most important feature of this app. The chosen solution uses has_secure_password and has_secure_token with a custom implementation to handle sessions and users:

A token is returned when the users login and it has to be set to headers['Authorization'] on later requests to authenticate them. More info about that on (this post)

To check if a version can still be used, there's a module that filters that before each method call. It will return error if the version has expired and there's also an endpoint to check the expiration date from the client (e.g.: to warn the user to update the app). If you want to set expiration date to a concrete version, simply set a integer formatted to string to ENV['LAST_EXPIRED_VERSION']. All versions equal or below the specified will send upgrade error message when asked. The system to set a warning to some versions is the same, using ENV['LAST_WARNED_VERSION'] to set the higher version that you want to warn. More info about that on (this post)

The app is translated to English (default language) and Spanish (just as translation example). There is a simple module that takes the locale from request.env['HTTP_ACCEPT_LANGUAGE'] (that can be set throught the Accept-Languange header) and sets it to the system to automatically return the appropriate translation. More info about that on (this post)

To test that all needed translations are set for an specific language, uncomment the following line to the spec_helper.rb file, place there the target language and run rspec:

In order to add some control over the api clients, there's an secret api key verification system that can be activated to make sure that is a valid client who creates the user. To activate this service just set a value to ENV['SECRET_API_KEY']. The secret api key must be sent at headers['Authorization'] when calling create new user method.

This project has been developed using TDD process and all code is tested using Rspec, following best practices guidelines defined at betterspecs.org. It's important to keep it that way. Code Climate checks that the tests cover all the code cases. Travis-CI is a continous integration system that runs the tests every time a push is made. If you want to use this services, you have to enable them at their websites. If you don't, simply delete the .travis.yml file.

To avoid the burden of manually modify the code to prepare the files to start a new project, some scripts have been implemented. You can find them inside bin/ folder (they are self destroyed after use).

They have been analyzed by ShellCheck.

To avoid deployment problems, Postgres database has been setup from the beginning as the database system for testing and development. The fact that Heroku uses it as its default db system has been considered too.

The project uses Rails 5.0.0.beta3 (API module) and Ruby 2.3.0 and intends to be kept up to date using Gemnasium service. You must activate this service for your repo if you want to use it.

In order to increase the code elegance and readability, this Ruby Style Guide has been used as reference. Rubocop gem is a Ruby static code analizer based on that style guide. Just run:

Remember that .rubocop.yml file defines the configuration (remove it if not used).

The responses are formatted using the ActiveModelSerializers gem. Serializers are responsible to format the output json, and are a good way to decouple this layer from models and controllers. Furthermore, they are versioned like controllers (e.g.: Api::V1::Serializer) because they directly interfere with the output of each api version. This will help us keeping old version contracts.

I'm not a rails experienced developer so all suggestions and contributions are more than welcome!

Unfortunately, there are no contributors yet.

Rails for API only applications ...

Unify your EmberCLI and Rails Workflows ...

Would you tell us more about jordifierro/rails-api-base?