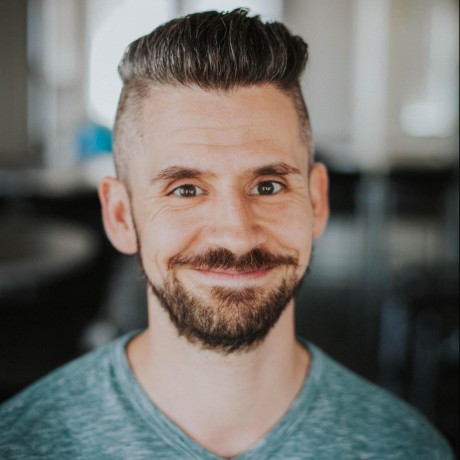 “What kinds of projects can I used it on?”

It’s probably best if you have a file generated from ctags it can read from (it looks in .git, tmp, and the root directory for a tags file), but if you have another way to pipe a bunch of methods/functions/classes/modules/whatever in, that works too.

Right now, there are some special cases built in for Rails and Phoenix apps (specifically, assumptions about what’s fine to only have one reference to, e.g. Controllers in Rails and Views in Phoenix), but it’ll work on Rubygems, Elixir packages, or anything else.

That said, be confident the code you’re removing won’t break your program. Especially with projects built in Ruby, Elixir, or JavaScript, there are ways to dynamically trigger or define behavior that may be surprising. A test suite can help here, but still cannot determine every possible execution path.

You can install my formulae via Homebrew with brew tap:

This will install unused and its corresponding dependencies.

Alternatively, you can install with Stack or by hand.

If you already have Stack installed, ensure you have the latest list of packages:

Verify Stack is using at least lts-6.0 when installing by checking the global project settings in ~/.stack/global-project/stack.yaml.

Once that is complete, run:

This will install unused in the appropriate directory for Stack; you’ll want to ensure your $PATH reflects this.

This project is written in Haskell and uses Stack.

Once you have these tools installed and the project cloned locally:

This will generate a binary in $HOME/.local/bin; ensure this directory is in your $PATH.

In an application where the tags file exists, run:

If you don’t have a tags file, you can generate one by running:

If you want to specify a custom tags file, or load tokens from somewhere else, run:

Exuberant Ctags (or another tool that will generate a tags file, like hasktags for Haskell projects) is required to use unused correctly; however, the version of ctags that ships with OS X (/usr/bin/ctags) is an older version won’t work with many languages (that BSD version of ctags says it “makes a tags file for ex(1) from the specified C, Pascal, Fortran, YACC, lex, and lisp sources.”)

Installation via Homebrew includes the ctags dependency. You can also run brew install ctags by hand. If you’re not on OS X, use your favorite package manager and refer to the Exuberant Ctags site for download instructions.

If you’re using ctags to generate a tags file prior to running unused and don’t have a workflow around automatically generating a tags file, run:

This will take your .gitignore into account and write the tags file to tmp/tags. Be sure to write this to a location that’s ignored by git.

While this process allows a developer to get started, it requires remembering to run this command before running unused. Let’s explore how to automate this process.

With ctags installed, you’ll likely want to configure your workflow such that your tags file gets updated periodically without any action on your part. I recommend following the instructions outlined by Tim Pope on this matter, which discusses a workflow coupled to git for managing the tags file. It includes shell scripting that may not look “effortless”; however, the fact this is automated helps to ensure unused is running against new versions of the code as you (and other teammates, if you have any) are committing.

As he suggests, you’ll want to run git init into the directories you want this hook, and to manually run the hook:

unused is configured to look for a tags file in three different directories, including .git/ as the article suggests, so no further configuration will be necessary with unused.

unused attempts to be intelligent at understanding if your codebase has changed before running analysis (since it can be time-consuming on large codebases). To do so, it calculates a “fingerprint” of the entire directory by using md5 (or md5sum), along with find and your .gitignore file.

Per the --help documentation, you can disable caching with the -C flag:

“No results found” when expecting results

If you’re expecting to see results but unused doesn’t find anything, verify that any artifacts unused uses (e.g. the tags file, wherever it’s located) or generates (e.g. in PROJECT_ROOT/tmp/unused) is .gitignored.

What might be happening is, because unused searches for tokens with ag (which honors .gitignore), it’s running into checked-in versions of the tokens from other files, resulting in duplicate occurrences that aren’t representative of the actual codebase. The most obvious might be the tags file itself, although if you’re using an IDE that runs any sort of analysis and that’s getting checked in somehow, that may cause it too.

One final piece to check is the number of tokens in the tags file itself; if ctags is misconfigured and only a handful of tokens are being analyzed, they all may have low removal likelihood and not display in the default results (high-likelihood only).

In my experience, projects under 100,000LOC should have at most around 8,000 unique tokens found. This obviously depends on how you structure your classes/modules/functions, but it’ll likely be close.

If you’re seeing more than 15,000 terms matched (I’ve seen upwards of 70,000), this is very likely due to misconfiguration of ctags where it includes some amount of build artifacts. In Ruby, this might be a RAILS_ROOT/vendor directory, or if you’re using NPM, APP_ROOT/node_modules or APP_ROOT/bower_components.

When configuring ctags, be sure to include your --exclude directives; you can find an example here.

The first time you use unused, you might see a handful of false positives. unused will look in two additional locations in an attempt to load additional custom configuration to help improve this.

The first location is ~/.unused.yml. This should hold widely-used configuration roughly applicable across projects. Here’s an example of what might be present:

I tend to work on different APIs, and the two libraries I most commonly use have a fairly similar pattern when it comes to class naming. They both also use that naming structure to identify serializers automatically, meaning they very well may only be referenced once in the entire application (when they’re initially defined).

Similarly, with Pundit, an authorization library, naming conventions often mean only one reference to the class name.

This is a file that might grow, but is focused on widely-used patterns across codebases. You might even want to check it into your dotfiles.

The second location is APP_ROOT/.unused.yml. This is where any project-specific settings might live. If you’re working on a library before extracting to a gem or package, you might have this configuration take that into account.

unused will attempt to parse both of these files, if it finds them. If either is invalid either due to missing or mistyped keys, an error will be displayed.

Unused leverages Ag to analyze the codebase; as such, you’ll need to have ag available in your $PATH. This is set as an explicit dependency in Homebrew.

To run the test suite, run:

:scissors: A grunt task for removing unused CSS from your projects. ...

Would you tell us more about joshuaclayton/unused?