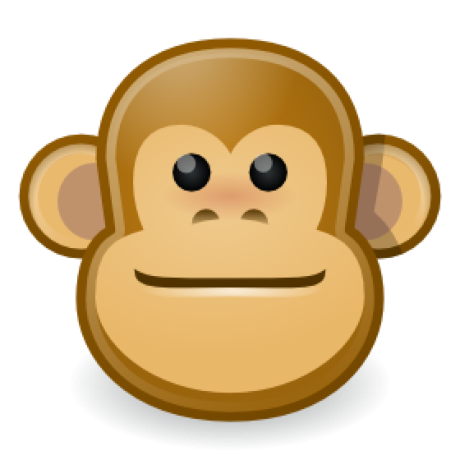 The CLI takes syntactic cues from the Twitter SMS commands, however it offers vastly more commands and capabilities than are available via SMS.

Twitter requires OAuth for most of its functionality, so you’ll need to register a new application at http://dev.twitter.com/apps/new. Once you create your application, make sure to set your application’s Access Level to “Read, Write and Access direct messages”, otherwise you may receive an error that looks something like this:

Once you’ve successfully registered your application, you’ll be given a consumer key and secret, which you can use to authorize your Twitter account.

This command directs you to a URL where you can sign-in to Twitter and then enter the returned PIN back into the terminal. If you type the PIN correctly, you should now be authorized to use t as that user. To authorize multiple accounts, simply repeat the last step, signing into Twitter as a different user.

You can see a list of all the accounts you’ve authorized by typing the command:

The output of which will be structured like this:

Note: One of your authorized accounts (specifically, the last one authorized) will be set as active. To change the active account, use the set subcommand, passing either just a username, if it’s unambiguous, or a username and consumer key pair, like this:

Account information is stored in a YAML-formatted file located at ~/.trc.

Note: Anyone with access to this file can impersonate you on Twitter, so it’s important to keep it secure, just as you would treat your SSH private key. For this reason, the file is hidden and has the permission bits set to 0600.

Typing t help will list all the available commands. You can type t help TASK to get help for a specific command.

Note: If your tweet includes special characters (e.g. !), make sure to wrap it in single quotes instead of double quotes, so those characters are not interpreted by your shell. (However, if you use single quotes, your Tweet obviously can’t contain any apostrophes.)

Check whether one user follows another

Note: If the first user does not follow the second, t will exit with a non-zero exit code. This allows you to execute commands conditionally, for example, send a user a direct message only if he already follows you:

List all your friends, in long format, ordered by number of followers

Favorite the last 10 tweets that mention you

Count the number of employees who work for Twitter

Download the latest Linux kernel via BitTorrent (possibly NSFW, depending where you work)

Search Tweets mentioning you that match a specified query

Search Tweets in your timeline that match a specified query

t was also mentioned on an episode of the Ruby 5 podcast.

If you discuss t in a blog post or podcast, let me know and I’ll link it here.

There is some ambiguity in the terminology used to describe relationships on Twitter. For example, some people use the term “friends” to mean everyone you follow. In t, “friends” refers to just the subset of people who follow you back (i.e., friendship is bidirectional). Here is the full table of terminology used by t:

The twitter gem previously contained a command-line interface, up until version 0.5.0, when it was removed. This project is offered as a sucessor to that effort, however it is a clean room implementation that contains none of the original code. If something doesn’t work on one of these Ruby versions, it’s a bug.

If you would like this library to support another Ruby version, you may volunteer to be a maintainer. Being a maintainer entails making sure all tests run and pass on that implementation. When something breaks on your implementation, you will be responsible for providing patches in a timely fashion. If critical issues for a particular implementation exist at the time of a major release, support for that Ruby version may be dropped.

Improvements made to the cheap T-962 reflow oven utilizing the _existing_ controller HW ...

t-rex is a vector tile server specialized on publishing MVT tiles from a PostGIS database ...

An open source thermodynamic modeling package completed on behalf of NASA. The Toolbox for the Modeling and Analysis of Thermodynamic Systems (T-MATS) package offers a MATLAB/Simulink toolbox that gives a developer the ability to create simulations of suc ...

Would you tell us more about jphpsf/t?