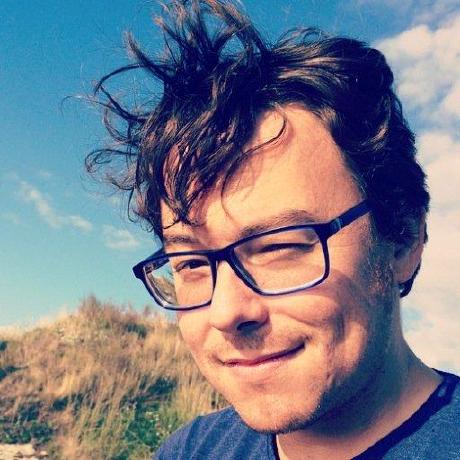 Sinatra-like DSL for Reel that supports WebSockets and SSE

A Sinatra-like DSL for Reel.

Just like Sinatra, Angelo gives you an expressive DSL for creating web applications. There are some notable differences, but the basics remain the same: you can either create a "classic" application by requiring 'angelo/main' and using the DSL at the top level of your script, or a "modular" application by requiring 'angelo', subclassing Angelo::Base, and calling .run! on that class for the service to start. In addition, and perhaps more importantly, Angelo is built on Reel, which is built on Celluloid::IO and gives you a reactor with evented IO in Ruby!

Things will feel very familiar to anyone experienced with Sinatra. You can define route handlers denoted by HTTP verb and path with parameters set from path matching (using Mustermann), the query string, and post body. A route block may return:

Angelo also features before and after filter blocks, just like Sinatra. Filters are ordered as defined, and called in that order. When defined without a path, they run for all matched requests. With a path, the path is interpreted as a Mustermann pattern and params are merged. before filters can set instance variables which can be used in the route block and the after filter. For more info on the difference in how after blocks are handled, see the Errors section below for more info.

One of the main motivations for Angelo was the ability to define websocket handlers with ease. Through the addition of a websocket route builder and a websockets helper, Angelo attempts to make it easy for you to build real-time web applications.

The websocket route builder accepts a path and a block, and passes the actual websocket to the block as the only argument. This socket is an instance of Reel's WebSocket class, and, as such, responds to methods like on_message and on_close. A service-wide on_pong handler may be defined to customize the behavior when a pong frame comes back from a connected websocket client.

The websockets helper also includes a context ability, so you can stash connected websocket clients into different "sections". Also, by default, the helper will reject! any closed sockets before returning; you may optionally pass false to the helper to skip this step.

Each "section" is accessed with a familiar, Hash-like syntax, and can be iterated over with a .each block.

The eventsource route builder also accepts a path and a block, and passes the socket to the block, just like the websocket builder. This socket is actually the raw Celluloid::IO::TCPSocket and is "detached" from the regular handling. There are no "on-*" methods; the write method should suffice. To make it easier to deal with creation of the properly formatted Strings to send, Angelo provides a couple helpers.

To create an "event" that a javascript EventListener on the client can respond to:

In this case, the EventListener would have to be configured to listen for the foo event:

The sse_event helper accepts a normal String for the data, but will automatically convert a Hash argument to a JSON object.

NOTE: there is a shortcut helper on the actual SSE object itself:

The sse_message helper behaves exactly the same as sse_event, but does not take an event name:

The client javascript would need to be altered to use the EventSource.onmessage property as well:

NOTE: there is a shortcut helper on the actual SSE object itself:

Angelo also includes a "stash" helper for SSE connections. One can << a socket into sses from inside an eventsource handler block. These can "later" be iterated over so one can do things like emit a message on every SSE connection when the service receives a POST request.

The sses helper includes the same context ability as the websockets helper. Also, by default, the helper will reject! any closed sockets before returning, just like websockets. You may optionally pass false to the helper to skip this step. In addition, the sses stash includes methods for easily sending events or messages to all stashed connections. Note that the Stash::SSE#event method only works on non-default contexts and uses the context name as the event name.

Additionally, you can also start SSE handling conditionally from inside a GET block:

Handling this on the client may require conditionals for browsers that do not support EventSource yet, since this will respond with a non-"text/event-stream" Content-Type if 'sse' is not present in the params.

When inside an eventsource block, you may want to do something specific when a client closes the connection. For this case, there are on_close and on_close= methods on the object passed to the block that will get called if the client closes the socket. The assignment method takes a proc object and the other one takes a block:

Note the use of the optional parameter of the stashes here; by default, stash accessors (websockets and sses) will reject! any closed sockets before letting you in. If you pass false to the stash accessors, they will skip the reject! step.

Angelo is built on Reel and Celluloid::IO, giving your web application the ability to define "tasks" and call them from route handler blocks in an async or future style.

You can define a task on the reactor using the task class method and giving it a symbol and a block. The block can take arguments that you can pass later, with async or future.

This helper is directly analogous to the Celluoid method of the same name. Once tasks are defined, you can call them with this helper method, passing the symbol of the task name and any arguments. The task will run on the reactor, asynchronously, and return immediately.

Just like async, this comes from Celluloid as well. It behaves exactly like async, with the notable exception of returning a "future" object that you can call #value on later to retrieve the return value of the task. Calling #value will "block" until the task is finished, while the reactor continues to process requests.

The main difference is that halt will still run after blocks, and raising RequestError will bypass after blocks.

Any other exceptions or errors raised by your route handler will be handled with a 500 status code and the message will be the body of the response.

If you want to return a different status code, you can pass it as a second argument to RequestError.new. See example below.

You can halt from within any route handler, optionally passing status code and a body. The body is handled the same way as raising RequestError.

The Angleo::Tilt::ERB module and the erb method do some extra work for you:

Like Sinatra, Angelo apps can be written in either "classic" style or so-called "modular" style. Which style you use is more of a personal preference than anything else.

A classic-style app requires "angelo/main" and defines the app directly at the top level using the DSL. In addition, classic apps:

And the same app in modular style:

If you post JSON data with a JSON Content-Type, angelo will:

If your content_type is set to :json, angelo will convert:

I'm bad at documentation and I feel bad.

Others have helped, and there is a YaRD plugin for Angelo here if you would like to document your apps built with Angelo. (thanks: @katjaeinsfeld, @artcom)

WORK LEFT TO DO

Lots of work left to do!

Anyone is welcome to contribute. Conduct is guided by the Contributor Covenant. See code_of_conduct.md.

To contribute to Angelo, please:

After review and acceptance, your changes will be merged and noted in CHANGLOG.md.

Unit tests are done with Minitest. Run them with :

Why the name "Angelo"? Since the project mimics Sinatra's DSL, I thought it best to keep a reference to The Chairman in the name. It turns out that Frank Sinatra won an Academy Award for his role 'Angelo Maggio' in 'From Here to Eternity'. I appropriated the name since this is like Sinatra on Reel (film).

Would you tell us more about kenichi/angelo?