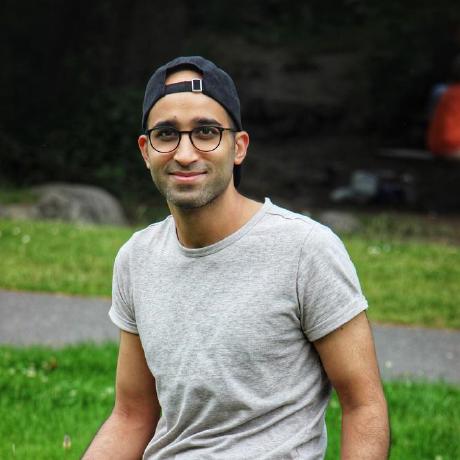 Hey guys! I have compiled most commonly asked interview questions related to iOS (Objective-c) based on my personal experience and research so far.

Atomic: Its a default attribute of property. It always returns an initialized value. Atomic is thread safe (synchronized) but comes with performance cost.

NonAtomic: Its not thread safe so using nonatomic on multithreading can corrupt data. Unlike atomic property its actually performance efficient.

Synthesize: This keyword creates property (setter or getter) on compile time because it cannot be changed at runtime.

Dynamic: It creates or change getter on runtime.

retain: It is used when you want to own an object (similar to strong in ARC). When you retain an object, its retain count is increased by 1. In MRC, retained object must be released manually inside dealloc.

strong vs weak: strong is used with ARC which implies that you don’t need to worry about the retain count of an object. By using strong you own the object. ARC automatically releases it for you when you are done with it.

weak ownership means that you don’t own the object instead you keep track of the object till the object was strongly referenced. As soon as the second object is released it loses is value. E.g. obj.x = ObjB obj has x as weak property, then its value will only be valid till ObjB remains in memory.

weak vs assign: The only difference between weak and assign is that if the object a weak property points to is deallocated, then the value of the weak pointer will be set to nil, so that you never run the risk of accessing garbage. If you use assign, that won’t happen, so if the object gets deallocated from under you and you try to access it, you will access garbage.

assign vs copy: assign is the default. In the setter that is created by @synthesize, the value will simply be assigned to the attribute. My understanding is that “assign” should be used for non-pointer attributes.

copy is needed when the object is mutable. Use this if you need the value of the object as it is at this moment, and you don’t want that value to reflect any changes made by other owners of the object. You will need to release the object when you are finished with it because you are retaining the copy.

NSCoding: The NSCoding protocol declares the two methods that a class must implement so that instances of that class can be encoded and decoded. This capability provides the basis for archiving (where objects and other structures are stored on disk) and distribution (where objects are copied to different address spaces).

ReusableIdentifier: reusableIdentifier is used to reuse UITableViewCell and dequeue it instead of recreating it. So when you have large number of rows, this practice is used in order to improve tableview performance.

Fast Enumeration: Fast enumeration is faster because it retrieves the element by its instance which is faster than iteration. This way the its internal implementation reduces message passing overhead.

Frames vs Bounds: Frames coordinates are calculated w.r.t superview whereas Bounds coordinates relative to its own coordinate system.

Category: It is used to enhance functionality of an existing class without subclassing it. Class+CategoryName

Extension: Extension should be implemented inside Main @implementation. Private methods, properties within the class can be made readwrite whereas readonly outside

Protocol: Similar to interface in java, any class can implement protocol (required/optional methods) others can send messages to class without even knowing its type.

Delegate: iOS basic design pattern in which one object acts on behalf of other object. it keeps reference to the object. Its a one-to-one message passing pattern.

Posing: To replace a class at runtime with a target class. NSObject PosAsClass

Method Swizzling: To replace the implementation of an existing selector at runtime. ViewWillAppear Example

Autorelease: UIKit use code, it creates autorelease pool and add objects which should be autoreleased. once it completed and come back from your code, it drains the pool so memory will be released.

GCD: GCD provides following types of quesues to perform async tasks: - Serial Queues - Guaranteed serialized access to a shared resource that avoids race condition. - You can create any number of serial queues. - Concurrent Queues - Executes multiple tasks in parallel - Again tasks are started in the order in which they were added to the queue. However, the execution time and finish time vary

NSOperationQueue: GCD is a low-level C API that enables developers to execute tasks concurrently. Operation queues, on the other hand, are high level abstraction of the queue model, and is built on top of GCD. Some common characteristics are below: - It provides dependency management between between operation. - Felxibility to pause, resume or cancel the operation at any point in time. - Comes with more controler like you can configure maximum number of operations allowed.

App Thinning: The store and operating system optimize the installation of iOS apps by tailoring app delivery to the capabilities of the user’s particular device, with minimal footprint. This optimization, called app thinning.

Deep Linking: Opening any application using browser link or through another application is called deep linking. It can be achieved through defining following properties inside .plist file

What is the best practice for async task?

iOS Security Features: - Application transport security (iOS 9.0): It improves the privacy and data integrity of connections between an app and web services by enforcing additional security requirements for HTTP-based networking requests - Touch ID: Its one of the most secure ways to authenticate users within iOS apps, making the login experience more convenient and user-friendly. Touch ID uses the device fingerprint sensor to access secure data in the iOS keychain. This allows users to have one of the most unique “passwords” to secure their financial accounts—their own fingerprint—without having to worry about insecure practices such as writing down passwords or using complex passwords that are difficult to remember.

Framework vs Static Library: - The biggest advantage a framework has over static libraries is that they act as a neat way of packaging up the compiled library binary and any related headers. They can be dropped into your project (just like the SDK’s built-in frameworks like Foundation and UIKit) and they should just work (most of the time). - Static libraries are fine, but they require a bit of extra work on the part of the user. You need to link your project to the library and you need to copy the header files into your project or reference them somewhere by setting the appropriate header search paths in your build settings.

Static vs Dynamic Framework/Library: - Library When dynamic libraries are linked, none of the library’s code is included directly into the linked target. Instead, the libraries are loaded into memory at runtime prior to having symbols getting resolved. - Frameworks are similar to dynamic libraries. Both are dynamically linkable libraries, except a dynamic framework is a dynamic library embedded in a bundle. This allows for versioning of a dynamic library and sorting additional assets that are used by the library’s code. - Unlike dynamic, linking static libraries includes the object file code from the library into the target’s binary. This results in a larger size on disk and slower launch times. Because the library’s code is added directly to the linked target’s binary, it means that to update any code in the library, the linked target would also have to be rebuilt. - A static library is a container for a set of object files. Static libraries use the file extension “.a”, which comes from the (ar)chive file3 type. An archive file was designed to contain a collection of files. This is ideal for the transport and use of many object files that comprise a single code library. However the linker can only use object files of a single architecture, so there are two different container formats for static libraries based on if they support single or multiple architectures. - A static framework is a bundle containing a static library file. These frameworks are just a convenient way to publish a static library that uses external assets; such as images, fonts, or language files. In addition, static frameworks behave exactly like static libraries. They are statically linked into the executable binary, not loaded at runtime.

How to use multithreading on single core processor? Multi-threading is useful in a single core. If one thread in an application gets blocked waiting for something (say data from the network card or waiting for the disk to write data), the CPU can switch to another thread to keep working.

Fully Manual Migration Fully manual migrations are for those times when even specifying custom transformation logic isn’t enough to fully migrate data from one model version to another. E.g. update data across non-sequential versions, such as jumping from version 1 to 4.

Problem-1: Find the elements from the three array which existing in atleast 2 arrays

Problem-2: For a given interface test.h file:

Problem-3: In a view controller in a storyboard I have a simple view which has a subview image with tag 0 and a subview label with tag 1. I’m trying to get the image like this:

It is clearly a UIImageView in the storyboard. Why would this cast not work?

All views have a 0 tag as a default so if you get a 0 view it could be any view. For it to work you need to use non-zero values that you set in your program or within Interface builder.

Problem-4: What is the output of following program?

output is “Equal” because objective-c is smart enough while comparing string value instead of instances (which is normal compilor behavior).

Problem-5: What is the value of array1 and array2 in following program?

Following would be the output because both of the arrays are pointing to same memory location.

Please note: @array2 = array1 it did not created the copy of array1 inside array2.

You can always add value to this wiki. Hope it will be helpful!

Would you tell us more about khawajafarooq/iOS-interview-prep?