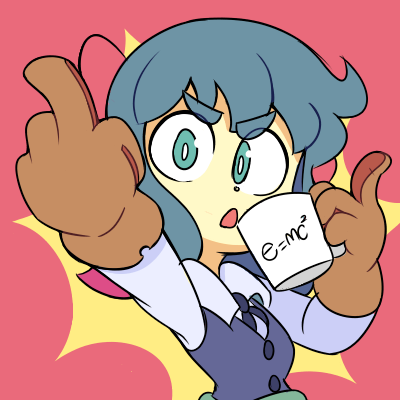 #PINCE
PINCE is a front-end/reverse engineering tool for the GNU Project Debugger (GDB), focused on games. But it can be used for any reverse-engineering related stuff. PINCE is an abbreviation for “PINCE is not Cheat Engine”. PINCE’s GUI is heavily “inspired(;D)” by Cheat Engine. PINCE is in development right now, read features part of the project to see what is planned and what is done for now. Also, please read Wiki Page of the project to understand how PINCE works.

#Features
- Memory searching [Planned] (The plan is to use libscanmem by wrapping it with a gdb python script) - Variable Inspection&Modification [Done/Basic] * CheatEngine-like value type support: Byte to 8 Bytes, Float, Double, Strings(including utf-8 and zero-terminate strings), Array of Bytes [Done] * Symbol Recognition: Try typing any widely used library function(such as malloc, open, printf, scanf etc) to AddAddressManually dialog [Done] * Automatic Variable Allocation: In AddAddressManually dialog, if your input is in quotes it’s treated as a string, if your input is in curly brackets, it’s treated as an array of variables(for instance: “asdf”=string, {0x00ffba42}=integer(4byte), {0x00000023,0x00513245,..}=array of 2 integers. After pressing OK button PINCE will allocate memory for you to use that variable right away! [Done] * Dynamic Address Table: Drag&drop rows, ctrl+c&ctrl+v between independent PINCE processes, clipboard text analysis(PINCE will try to analyze the contents of the current clipboard and try to pick data from it to convert for address table) [Planned] * Manual Address Table Update: [Done] * Smart casting: PINCE lets you modify multiple different-type values together as long as the input is parsable. All parsing/memory errors are directed to the terminal [Done] * Continuous Address Table Update: You can adjust update timer or cancel updating by modifying settings. Non-stop version is Postponed\Quarterway Done [Done\Only works when the inferior is stopped] * Variable Locking: PINCE lets you freeze(constantly write a value to memory cell) variables [Postponed\Quarterway Done] * Postpone reason: These two features requires thread injection to the target or gdb and PINCE’s injection methods are not perfect yet, I’ve already spent more(read:WAY MORE) time than I should on this, these features are not vital for now, also you have got the options to manually update the table and set the value manually already - Memory View [Done/Basic] * Infinite Scrolling: PINCE automatically disassembles the next available instruction(s) on mouse wheel/scrollbar move. Instruction count can be changed from settings. Hex View also supports this feature [Done] * Following: If you press [space], PINCE automatically analyzes the selected instruction and if any location changing instruction is found, PINCE disassembles the address that’s pointed by the instruction [Done] * Travel History: PINCE records your previous location when you jump to an address explicitly(e.g by pressing [space] or using “Go to expression” etc.). Right click->Back to go back to your previous location(s) [Done] * Bookmarking: Bookmark menu is dynamically created when right clicked in the disassemble screen. So unlike Cheat Engine, PINCE lets you set unlimited number of bookmarks. List of bookmarks can also be viewed from View->Bookmarks in the MemoryView window. Commenting on an address automatically bookmarks it. [Done] * Modify on the fly: PINCE lets you modify registers on the fly. Unlike CE, you can also change XMM and FPU registers. [Done]
- Debugging [Working on it] * Has basic debugging features such as stepping, stepping over, execute till return, break, continue. Has also basic breakpoints. Check wiki for instructions - Code Injection [Working on it] * Run-time injection: Only .so injection is supported for now. In Memory View window, click Tools->Inject .so file to select the .so file. An example for creating .so file can be found in “libPINCE/Injection/”. PINCE will be able to inject single line instructions or code caves in near future [Partially Done?] - GDB Console [Done] * Is the power of PINCE not enough for you? Then you can use the gdb console provided by PINCE, it’s on the top right in main window - Simplified/Optimized gdb command alternatives [Working on it] * Custom scripts instead of using gdb’s x command for reading memory [Done] * Custom scripts instead of using gdb’s set command for modifying memory [Done] - libPINCE- A reusable python library [Current Status:Reusable] * PINCE provides a reusable python library. I’ll write a fully-documented guide about how to use it as soon as the project finishes at basic level. Until that moment, I’ll keep developing libPINCE as modular as possible
- Automatic Trainer Generation: [Planned]
* PINCE provides a trainer auto-generated from current address table on demand by using libPINCE and PyQT5 together

Then cd to the libPINCE folder and make a folder for gdb:

Move the contents of gdb/data-directory to share/gdb in case of python part of gdb installation fails:

Finally, create .gdbinit file in home directory and add the line set auto-load safe-path / into it:

A Logging framework for Node.js and Meteor ...

Would you tell us more about korcankaraokcu/PINCE?