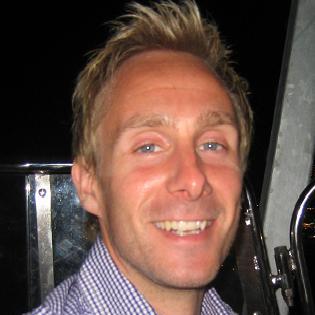 A build tool for Clojure designed to not set your hair on fire.

"Leiningen!" he shouted. "You're insane! They're not creatures you can fight--they're an elemental--an 'act of God!' Ten miles long, two miles wide--ants, nothing but ants! And every single one of them a fiend from hell..." -- from Leiningen Versus the Ants by Carl Stephenson

Leiningen is a build tool for Clojure designed to not set your hair on fire.

Building Clojure projects with tools designed for Java can be an exercise in frustration. If you use Ant, you end up copying around a lot of the same tasks between XML files on all your projects; there's a lot of repetition. Maven avoids repetition, but provides very little transparency into what's really going on behind the scenes and forces you to become a Maven expert to script a nontrivial build. Either way you must write far more XML than is decent.

With Leiningen, you describe your build with Clojure. Any code you need goes in your project.clj file; the only requirement is calling defproject. You can define your own tasks in there if you need to, but most projects get by on the tasks provided with Leiningen. If you do find a common task that you need to add, you can implement it as a plugin rather than copying and pasting among each of your projects.

Leiningen bootstraps itself using the lein shell script; there is no separate 'install script'. It installs its dependencies in $HOME/.m2/repository.

For development versions you may use the master version of the lein script instead.

On Windows you can download lein.bat, instead, though support on that platform is still experimental.

Use lein help to see a complete list. lein help $TASK shows the usage for a specific one.

Place a project.clj file in the project root like this:

The lein new task generates a project skeleton with an appropriate starting point from which you can work. See the sample.project.clj file for a detailed listing of configuration options.

Q: How do you pronounce Leiningen?
A: It's LINE-ing-en. I think.

Q: What does this offer over Lancet?
A: Lancet is more of a library than a build tool. It doesn't predefine any tasks apart from what Ant itself offers, so there is nothing Clojure-specific in it. Leiningen builds on Lancet, but takes things further. In addition, it includes some Maven functionality for dependencies.

Q: But Maven is terrifying!
A: That's not a question. Anyway, Leiningen only uses the dependency resolution parts of Maven, which are quite tame. For the actual task execution cycles it uses Ant under the covers via Lancet.

Q: But Ant is terrifying!
A: That's true. Ant is an interpreter for a procedural language with a regrettable syntax. But if you treat it as a standard library of build-related functions and are able to write it with a more pleasing syntax, it's not bad.

Q: What's a group ID? How do snapshots work?
A: See the tutorial for background.

Q: How should I pick my version numbers?
A: Use semantic versioning.

Q: What if my project depends on jars that aren't in any repository?
A: Open-source jars can be uploaded to Clojars (see "Publishing" in the tutorial), though be sure to use the group-id of "org.clojars.$USERNAME" in order to avoid conflicts and to allow the original authors to claim it in the future once they get around to uploading. Alternatively you can do a one-off install into your local repository in ~/.m2 with Maven. Add a dependency to project.clj that doesn't exist in any remote repository and run lein deps, and the output will include the mvn invocation to do this. It's much better to get the dependency in a remote repository for repeatability reasons though. For teams working on private projects Hudson works well.

Q: How do I write my own tasks?
A: If it's a task that may be useful to more than just your project, you should make it into a plugin. You can also include one-off tasks in your src/leiningen/ directory if they're not worth spinning off; the plugin guide shows how.

Q: I want to hack two projects in parallel, but it's annoying to switch between them.
A: Use a new feature called checkout dependencies. If you create a directory called checkouts in your project root and symlink some other projects into it, Leiningen will allow you to hack on them in parallel. That means changes in the dependency will be visible in the main project without having to go through the whole install/switch-projects/deps/restart-swank cycle.

Q: Is it possible to exclude indirect dependencies?
A: Yes. Some libraries, such as log4j, depend on projects that are not included in public repositories and unnecessary for basic functionality. Projects listed as :dependencies may exclude any of their dependencies by using the :exclusions key. See sample.project.clj for details.

Q: It says a required artifact is missing for "super-pom". What's that?
A: The Maven API that Leiningen uses refers to your project as "super-pom". It's just a quirk of the API. It probably means there is a typo in your :dependency declaration in project.clj.

Q: What does java.lang.NoSuchMethodError: clojure.lang.RestFn.

Leiningen is very small. The latest release is only 890 lines of Clojure; you could probably read through the whole project in an hour.

When you launch Leiningen, it must start an instance of Clojure to load itself. But this instance must not effect the project that you're building. It may use a different version of Clojure from Leiningen, and the project should be in a totally fresh JVM. Leiningen uses ant's java task to fork off a separate process for this purpose. The leiningen.compile namespace implements this; specifically the eval-in-project function. Any code that must execute within the context of the project (AOT compilation, test runs) needs to go through this function.

Leiningen tasks are simply Clojure functions that take the current project as their first argument followed by any further arguments that were given on the command-line.

The mailing list and the leiningen or clojure channels on Freenode are the best places to bring up questions or suggestions. If you're planning on adding a feature or fixing a nontrivial bug, please discuss it first to avoid duplicating effort. If you haven't discussed it on the mailing list, please include in your pull request details of what problem your patch intendeds to solve as well as the approach you took.

Contributions are preferred as either Github pull requests or using "git format-patch" and the mailing list as is requested for contributing to Clojure itself. Please use standard indentation with no tabs, trailing whitespace, or lines longer than 80 columns. See this post on submitting good patches for some tips. If you've got some time on your hands, reading this style guide wouldn't hurt either.

Leiningen is extensible; you can define new tasks in plugins. Add your plugin as a dev-dependency of your project, and you'll be able to call lein $YOUR_COMMAND. See the plugins guide for details.

Distributed under the Eclipse Public License, the same as Clojure uses. See the file COPYING.

DEPRECATED - The run task is now built-in to Leiningen, so this plugin is no lon ...

An example Clojure project that uses Leiningen 2 on travis-ci.org ...

Would you tell us more about krukow/leiningen?