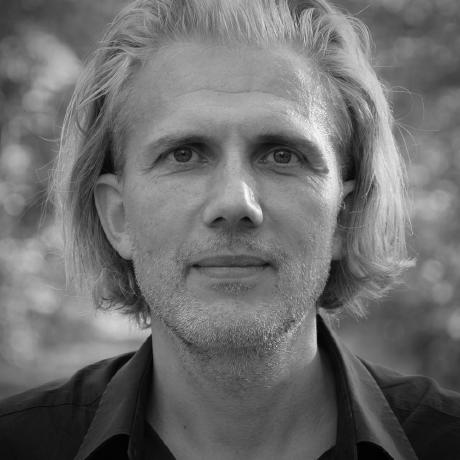 With programmatic authorization rules, the developer needs to specify which roles are allowed to access a specific controller action or a part of a view, which is not DRY. With a growing application code base roles’ permissions often change and new roles are introduced. Then, at several places of the source code the changes have to be implemented, possibly leading to omissions and thus hard to find errors. In these cases, a declarative approach as offered by decl_auth increases the development and maintenance efficiency.

Requirements * An authentication mechanism * User object in Controller#current_user * (For model security) Setting Authorization.current_user * User objects need to respond to a method :role_symbols that returns an array of role symbols See below for installation instructions.

There is a decl_auth screencast by Ryan Bates, nicely introducing the main concepts: http://railscasts.com/episodes/188-declarative-authorization

Declarative Authorization comes with an installer to make setup easy.

First, include declarative_authorization in your gemfile.

Next, bundle and install.

This installer will create a Role model, an admin and a user role, and set a has_and_belongs_to_many relationship between the User model and the Role model. It will also add a role_symbols method to the user model to meet declarative_authorization’s requirements. The default User model is User. You can override this by simply typing the name of a model as above.

You can create the model with the fields provided by using the --create-user option.

The --commit option will run rake db:migrate and rake db:seed.

The --user-belongs-to-role option will set up a one-to-many relationship between Users and Roles. That is, each user has a role_id column and can only have one role. Role inheritance can be used in authorization rules.

Finally, the installer also copies default authorization rules, as below.

To copy a default set of authorization rules which includes CRUD priveleges, run:

This command will copy the following to config/authorization_rules.rb. Remember to implement the requirements of this gem as described in the Installation section at the end of this README if you do not use the above installer.

For a non-RESTful controller, you can use filter_access_to:

Declarative Authorization will use current_user to check authorization.

In the application domain, each User may be assigned to Roles that should define the users’ job in the application, such as Administrator. On the right-hand side of this diagram, application developers specify which Permissions are necessary for users to perform activities, such as calling a controller action, viewing parts of a View or acting on records in the database. Note that Permissions consist of an Privilege that is to be performed, such as read, and a Context in that the Operation takes place, such as companies.

A fully functional example application can be found at http://github.com/stffn/decl_auth_demo_app

Details on the demonstrated methods can be found in the API docs, either generated by yourself or at http://www.tzi.org/~sbartsch/declarative_authorization

If authentication is in place, there are two ways to enable user-specific access control on controller actions. For resource controllers, which more or less follow the CRUD pattern, +filter_resource_access+ is the simplest approach. It sets up instance variables in before filters and calls filter_access_to with the appropriate parameters to protect the CRUD methods.

See Authorization::AuthorizationInController::ClassMethods for options on nested resources and custom member and collection actions.

By default, declarative_authorization will enable filter_resource_access compatibility with strong_parameters in Rails 4. If you want to disable this behavior, you can use the :strong_parameters option.

If you prefer less magic or your controller has no resemblance with the resource controllers, directly calling filter_access_to may be the better option. Examples are given in the following. E.g. the privilege index users is required for action index. This works as a first default configuration for RESTful controllers, with these privileges easily handled in the authorization configuration, which will be described below.

When custom actions are added to such a controller, it helps to define more clearly which privileges are the respective requirements. That is when the filter_access_to call may become more verbose:

You can provide the needed object through before_actions. This way, you have full control over the object that the conditions are checked against. Just make sure, your before_actions occur before any of the filter_access_to calls.

If the access is denied, a +permission_denied+ method is called on the current_controller, if defined, and the issue is logged. For further customization of the filters and object loading, have a look at the complete API documentation of filter_access_to in Authorization::AuthorizationInController::ClassMethods.

In views, a simple permitted_to? helper makes showing blocks according to the current user’s privileges easy:

Only giving a symbol :employees as context prevents any checks of attributes as there is no object to check against. For example, in case of nested resources a new object may come in handy:

There are two distinct features for model security built into this plugin: authorizing CRUD operations on objects as well as query rewriting to limit results according to certain privileges.

Thus, Employee.create(…) fails, if the current user is not allowed to :create :employees according to the authorization rules. For the application to find out about what happened if an operation is denied, the filters throw Authorization::NotAuthorized exceptions.

As access control on read are costly, with possibly lots of objects being loaded at a time in one query, checks on read need to be activated explicitly by adding the :include_read option.

=== Query rewriting through named scopes When retrieving large sets of records from databases, any authorization needs to be integrated into the query in order to prevent inefficient filtering afterwards and to use LIMIT and OFFSET in SQL statements. To keep authorization rules out of the source code, this plugin offers query rewriting mechanisms through named scopes. Thus,

returns all employee records that the current user is authorized to read. In addition, just like normal named scopes, query rewriting may be chained with the usual find method:

If the current user is completely missing the permissions, an Authorization::NotAuthorized exception is raised. Through Model.obligation_conditions, application developers may retrieve the conditions for manual rewrites.

There is a default role :+guest+ that is used if a request is not associated with any user or with a user without any roles. So, if your application has public pages, :+guest+ can be used to allow access for users that are not logged in. All other roles are application defined and need to be associated with users by the application.

If you need to change the default role, you can do so by adding an initializer that contains the following statement:

Privileges, such as :create, may be put into hierarchies to simplify maintenance. So the example above has the same meaning as

Privilege hierarchies may be context-specific, e.g. applicable to :employees.

For more complex use cases, authorizations need to be based on attributes. Note that you then also need to set :attribute_check => true in controllers for filter_access_to. E.g. if a branch admin should manage only employees of his branch (see Authorization::Reader in the API docs for a full list of available operators):

To reduce redundancy in has_permission_on blocks, a rule may depend on permissions on associated objects:

Lastly, not only privileges may be organized in a hierarchy but roles as well. Here, project manager inherit the permissions of employees.

In your test_helper.rb, to enable the helpers add

For using the test helpers with RSpec, just add the following lines to your spec_helper.rb (somewhere after require ‘spec/rails’):

Now, in unit tests, you may deactivate authorization if needed e.g. for test setup and assume certain identities for tests:

In functional tests, get, posts, etc. may be tested in the name of certain users:

One of three options to install the plugin: * Install by Gem: Add to your environment.rb in the initializer block: config.gem “declarative_authorization” Note: you need gemcutter support in place, i.e. call gem install gemcutter gem tumble And call from your application’s root directory rake gems:install * Alternativelyi, in Rails 2, to install from github, execute in your application’s root directory cd vendor/plugins && git clone git://github.com/stffn/declarative_authorization.git

Then, * provide the requirements as noted below, * create a basic config/authorization_rules.rb–you might want to take the provided example authorization_rules.dist.rb in the plugin root as a starting point, * add +filter_access_to+, +permitted_to+? and model security as needed.

== Providing the Plugin’s Requirements The requirements are * Rails >= 2.2, including 3 and Ruby >= 1.8.6, including 1.9 * An authentication mechanism * A user object returned by Controller#current_user * An array of role symbols returned by User#role_symbols * (For model security) Setting Authorization.current_user to the request’s user

Of the various ways to provide these requirements, here is one way employing restful_authentication.

Note: If you choose to generate an Account model for restful_authentication instead of a User model as described above, you have to customize the examples and create a ApplicationController#current_user method.

Currently, the main means of debugging authorization decisions is logging and exceptions. Denied access to actions is logged to +warn+ or +info+, including some hints about what went wrong.

All bang methods throw exceptions which may be used to retrieve more information about a denied access than a Boolean value.

We have an issue tracker[http://github.com/stffn/declarative_authorization/issues] for bugs and feature requests as well as a Google Group[http://groups.google.com/group/declarative_authorization] for discussions on the usage of the plugin. You are very welcome to contribute. Just fork the git repository and create a new issue, send a pull request or contact me personally.

The authlogic/declarative_authorization based authentication/authorization system supported via engines and template of rails. ...

Would you tell us more about ledermann/declarative_authorization?