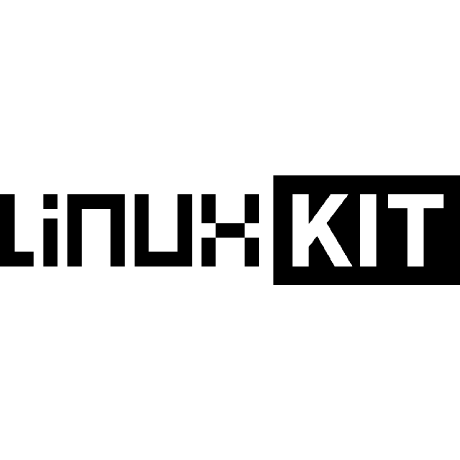 A toolkit for building secure, portable and lean operating systems for containers

Build the moby and linuxkit tools

LinuxKit uses the moby tool for image builds, and the linuxkit tool for pushing and running VM images.

Simple build instructions: use make to build. This will build the tools in bin/. Add this to your PATH or copy it to somewhere in your PATH eg sudo cp bin/* /usr/local/bin/. Or you can use sudo make install.

Once you have built the tool, use moby build linuxkit.yml to build the example configuration, and linuxkit run linuxkit to run locally. Use halt to terminate on the console.

You can use linuxkit run <name> to execute the image you created with moby build <name>.yml. This will use a suitable backend for your platform or you can choose one, for example VMWare. See linuxkit run --help.

We’ll add more detailed docs for other platforms in the future.

The test suite uses rtf To install this you should use make bin/rtf && make install.

To run the test suite:

This will run the tests and put the results in a the _results directory!

Run control is handled using labels and with pattern matching. To run add a label you may use:

To run tests that match the pattern linuxkit.examples you would use the following command:

Building your own customised image

To customise, copy or modify the linuxkit.yml to your own file.yml or use one of the examples and then run moby build file.yml to generate its specified output. You can run the output with linuxkit run file.

The yaml file specifies a kernel and base init system, a set of containers that are built into the generated image and started at boot time. It also specifies what formats to output, such as bootable ISOs and images for various platforms.

The yaml format specifies the image to be built:

For a more detailed overview of the options see yaml documentation.

There is an overview of the architecture covering how the system works.

There is an overview of the security considerations and direction covering the security design of the system.

This is an open project without fixed judgements, open to the community to set the direction. The guiding principles are: - Security informs design - Infrastructure as code: immutable, manageable with code - Sensible, secure, and well-tested defaults - An open, pluggable platform for diverse use cases - Easy to use and participate in the project - Built with containers, for portability and reproducibility - Run with system containers, for isolation and extensibility - A base for robust products

There are weekly development reports summarizing work carried out in the week.

Released under the Apache 2.0 license.

A toolkit for building secure, portable and lean operating systems for containers ...

A fast and easy local Cloud Foundry experience on native hypervisors, powered by LinuxKit with VPNKit ...

A LinuxKit based dnscrypt-proxy for a Raspberry Pi 3b ...

Would you tell us more about linuxkit/linuxkit?