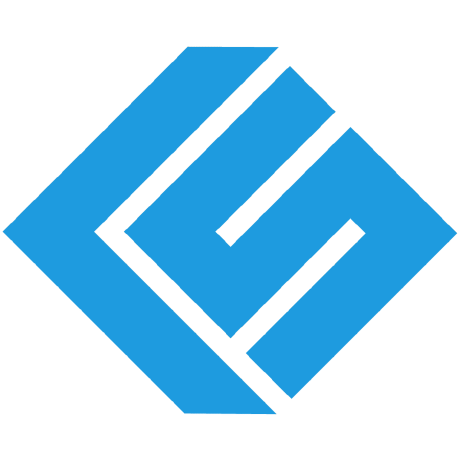 Base CakePHP 3.x and 2.x project skeletons for new projects.

A skeleton for creating applications with CakePHP 3.x. (If you’re looking for a 2.x compatible version you’ll want to check out the cake-2.x branch.)

This skeleton is tuned to serve the most common needs for Loadsys. If you’re finding this on your own, it may be more than you need or not exactly what you need. Feel free to cherry pick any ideas that are useful.

:grey_exclamation: This is the Skeleton’s Readme! To edit the README that is bundled with new projects, see README.md.template.

Requirements for Using the Skeleton

The following tools must be installed installed on your development machine to use the skeleton to create a new project:

Please see README.md.template for system requirements necessary to work with a project spawned from this skeleton.

The 3.x version of the skeleton leverages composer’s create-project command. A new project will be created for you locally using this repo as the foundation. Post-install scripts will fire during the process to transform the cloned files appropriately.

After vagrant provisioning finishes, the VM will be available at http://localhost:8080.

Alternatively, you can edit your system’s hosts file to include the VM’s IP and hostname listed the config/provision.yaml file. The finished machine’s webserver will respond to any domain that resolves to this IP address. if you use the vagrant-hostmanager plugin, this should be done for you.

You should be able to visit the homepage of the new app and see the setup “traffic lights” as green.

If you would like to contribute to this project open a pull request targeted at the correct branch; master for the 3.x skeleton and cake-2.x for the 2.x skeleton.

Testing the skeleton can be difficult because under normal circumstances, a dev would have to commit their experimental changes, push the changes to Github, merge the changes into master and (optionally) tag a new release semver for packagist.org to pick up for “release”. Since this is a bad situation when working on something new and untested, it would be nice to be able to run the create-project command using your local checked-out copy of the skeleton repo.

In order to accomplish this, composer needs to be “tricked” into using the local copy, which requires a specially-crafted packages.json file. To ease this process, a skel/test-project.sh [branch-name] [dest/dir] script is included with the skeleton.

So to test a change to the skeleton:

Because this repo is used through Packagist, it maintains semantic versioning. The 2.* series (on the cake-2.x branch) can be used to spawn new projects using the old skelbin/spawn method. The 3.* series tracks master and is intended to be used with composer create-project. You should always use a version specifier with the create-project commands to ensure you are using a fully-stable version of this skeleton. The raw master branch may contain merged but “unreleased” new features that might be unstable or otherwise not ready for active use in a brand new project.

As a part of the create-project process, a composer post-install script is executed that scans the new project for *.template files, then scans inside them for {{TOKEN}}s. The developer running the create-project command is then prompted for values for each token, and those values are written into renamed files.

For example, if README.md.template includes a {{GIT_CLONE_URL}} token, the developer will be prompted to enter a value during setup, such as [email protected]:myself/super-project.git That value will be written back into README.md.template and the resulting file will replace any existing README.md file.

When working on the skeleton’s templates, it can be handy to review the list of tokens currently in use. This can be done pretty easily on the command line using grep.

Most of the magic behind the create-project command lies in composer’s ability to execute PHP scripts on the new project. These scripts traditionally live in skel/src/ and are wired into the composer.json:scripts:post-create-project-cmd array. The current tasks that are performed during setup:

Additional first-time setup should be added as a post-install script. If a process should be repeatable, consider making it part of the loadsys/CakePHP-Shell-Scripts repo instead, and calling that script from a post-install hook.

The composer scripts have their own unit tests. To execute them, run:

Keeping in sync with CakePHP App

It’s a good idea to periodically pull in cakephp/app changes. You can do this by creating a patch and then applying it to the skeleton. You’ll need to know the <previous-tag> and the <desired-tag> (use latest cakephp/app release).

Apply patch into a new branch f/app-update-<desired-tag> and merge it into the cakephp-app branch:

Next it can be rebased onto origin/master and any conflicts can be resolved.

Now create a PR and merge it.

By default, the Cake 3 projects created by this skeleton will be environment-aware. This approach to configuration allows the Cake app to work in multiple environments without much fuss, but the question of creating those environments consistently remains.

We used to use PuPHPet to handle the Vagrant side of this, but grew weary of having to include thousands of files into each of our projects that we typically didn’t need. It was also difficult to engage PuPHPet’s assets for a “bare metal” installation on AWS or for a dedicated production server, reducing the utility even further.

So we’ve replaced it with very slim, lightweight shell scripts. Here’s how they work:

In our typical setup, there are three different computers to think about:

In order to conserve developer resources and unify these environments as much as possible, this skeleton bundles provisioning scripts that make the setup processes repeatable and self-documents the necessary steps involved. The order of execution of this process matters, and is outlined below.

When this skeleton is used to first create a new project via composer create-project, it will be done from a developer’s “natural” environment (typically Mac OS X). The requirements for this are git, php and composer. In this step, the files in this repo are copied to a new directory and composer install is executed along with any composer PostInstall hook scripts.

This newly-created directory hasn’t been fully initialized yet though, so the necessary steps are encoded into a bootstrap.sh script. This script ensures the new project folder is a git repo by calling git init if necessary, makes sure composer update has been executed and then kicks off the “provisioning” process. In the case of a developer’s Mac, this means setting up the vagrant virtual machine, so the script calls vagrant up, which itself executes provision/main.sh vagrant inside the VM to prepare it.

The bootstrap.sh script serves a dual purpose. As outlined in the previous section, in the case of a freshly-spawned project it prepares everything to be committed to git and pushed to a new remote.

In the case of another developer freshly cloning an existing project (the “second run”), it prepares the environment to work with the project and again runs vagrant up for them to prime the VM. The developer need only have git, php, composer and vagrant on their machine as pre-requisites.

To handle the third machine case, the “bare metal” environments, git is the only pre-requisite in order to clone the repo and run bootstrap.sh. The bootstrapper just launches provision/main.sh YOUR_APP_ENV_VALUE for you.

All told, this allows us to:

Deprecated: builds a barebones app skeleton based on the db config ...

A project skeleton for CakePHP bake script to start a base Ember.js project with a build process ...

Base CakePHP 3.x and 2.x project skeletons for new projects. ...

A skeleton repo for CakePHP plugins ...

Would you tell us more about loadsys/CakePHP-Skeleton?