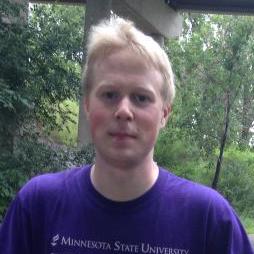 This plugin is a front for ag, A.K.A. the_silver_searcher. Ag can be used as a replacement for 153% of the uses of ack. This plugin will allow you to run ag from vim, and shows the results in a split window.

See the_silver_searcher’s README for its installation instructions (if you haven’t installed it already).

You have to first install ag, itself. On Mac+Homebrew, Gentoo Linux, several others, there’s package named the_silver_searcher, but if your OS/distro don’t have one, the GitHub repo installs fine:

Vim has various ways of installing plugins, the standard way is in the documentation, but most people use a plugin to manage their plugins. If you don’t already have a preferred plugin manager plugin, why not try one of the following? - vim-plug - vim-pathogen - Vundle.vim - Or, if you don’t use any sort of Vim plugin management:

You can specify a custom ag name and path in your .vimrc like so:

You can configure ag.vim to always start searching from your project root instead of the cwd

Search recursively in {directory} (which defaults to the current directory) for the {pattern}.

Files containing the search term will be listed in the split window, along with the line number of the occurrence, once for each occurrence. [Enter] on a line in this window will open the file, and place the cursor on the matching line.

Some characters have special meaning, and need to be escaped your search pattern. For instance, ‘#’. You have to escape it like this :Ag '\\\#define foo' to search for #define foo. (From blueyed in issue #5.)

Sometimes git grep is even faster, though in my experience it’s not noticeably so.

In the quickfix window, you can use:

This Vim plugin is derived (and by derived, I mean copied, almost entirely) from milesz’s ack.vim, which I also recommend installing since you might be in a situation where you have ack but not ag, and don’t want to stop to install ag. Also, ack supports --type, and a few other features.

Effective and simple search for Ack or Ag ...

Would you tell us more about losingkeys/ag.vim?