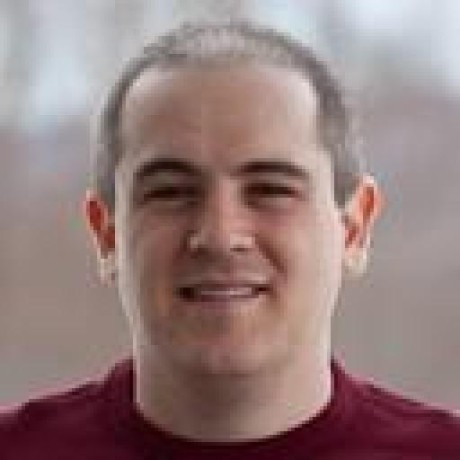 By Marco Arment. See the LICENSE file for license info (it's the MIT license).

FCModel is a generic model layer on top of SQLite. It's intended for people who want some of Core Data's convenience, but with more control over implementation, performance, database schemas, queries, indexes, and migrations, and the ability to use raw SQL queries and SQLite features directly.

This is a beta. I use it in Overcast, a few others are using it and making contributions, and it's stable for us so far. But the API may still change in minor but backward-incompatible ways.

There isn't much. Check out the FCModel.h header and the example project.

SQLite tables are associated with FCModel subclasses of the same name, and database columns map to @property declarations with the same name. So you could have a table like this:

A single-column primary key is required. It can be an integer or a string. If you don't specify a key value upon object creation, FCModel will generate a random 64-bit signed integer key that's unique within the table. You're responsible for creating your own table indexes.

Database-mapped object properties can be:

Database values may be NSString or NSNumber for INTEGER/FLOAT/TEXT columns, or NSData for BLOB columns. For columns that permit NULL, these methods may receive or return nil.

You can name your column-property ivars whatever you like. FCModel associates columns with property names, not ivar names.

Models may have properties that have no corresponding database columns. But if any columns in a model's table don't have corresponding properties and aren't returned by the subclass' ignoredFieldNames method, FCModel logs a notice to the console at launch.

In your application:didFinishLaunchingWithOptions: method, before any models are accessed, call FCModel's openDatabaseAtPath:withSchemaBuilder:. This looks a bit crazy, but bear with me — it's conceptually very simple.

Your schema-builder block is passed int *schemaVersion, which is an in-out argument:

Here's an example from that Person class described above:

Once you've shipped a version to customers, never change its construction in your code. That way, on an initial launch of a new version, your schema-builder will see that the customer's existing database is at e.g. schema version 2, and you can execute only what's required to bring it up to version 3.

All changes to model instances should be done within a save: block, which will be executed synchronously on the main thread.

SELECT and UPDATE queries should look familiar to FMDB fans: everything's parameterized with ? placeholders and varargs query functions, and it's passed right through to FMDB. Just as with FMDB, you need to box primitives when passing them as query params, e.g. @1 instead of 1.

You can use two shortcuts in queries:

Suppose you wanted to rename all Bobs to Robert, or delete all people named Sue, without loading them all and doing a million queries.

FCModel is not designed to handle this automatically. You're meant to write this from each model's implementation as appropriate. This gives you complete control over schema, index usage, automatic fetching queries (or not), and caching.

If you want automatic relationship mappings, consider using Core Data. It's the right tool for that job, and FCModel isn't.

Each FCModel instance is unique in memory by its table and primary-key value. If you load Person ID 1, then some other query loads Person ID 1, they'll be the same instance (unless the first one got deallocated in the meantime).

FCModels are safe to retain for a while, even by the UI. You can use KVO to observe changes. Just check instances' deleted property where relevant, and watch for change notifications.

...but only among what's retained in your app. If you want to cache an entire table, for instance, you'll want to do something like retain its allInstances array somewhere long-lived (such as the app delegate).

FCModels can be used from any thread, but all database reads and writes are serialized onto the main thread, so you're not likely to see any performance gains by concurrent access.

FCModel's notifications are always posted on the main thread.

None, officially, but I'm happy to answer questions here on GitHub when time permits.

...are welcome for consideration, with the following guideline:

More than anything else, I'd like to keep FCModel small, simple, and easy to fit in your mental L2 cache.

A Cocoa / Objective-C wrapper around SQLite ...

A library for data persistence on iOS that uses SQLite (with FMDB) ...

Would you tell us more about marcoarment/FCModel?