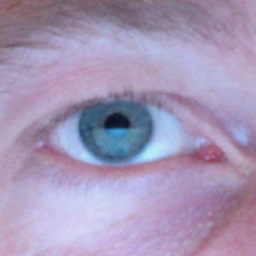 A tutorial on TensorFlow

These are all presented via Jupyter notebooks. To run them on your machine, you will need a working TensorFlow installation (v0.10.0RC0).

Below are instructions on how to set up a TensorFlow environment using Docker.

Note: it’s quite possible to install TensorFlow natively on your machine (and this is recommended for long-term experimentation), but for simplicity we have docmented only the Docker procedure here.

Prerequisites: * A Mac or Ubuntu Linux machine (Docker will work on Windows, but the step-by-step instructions here may not work perfectly since we have not tried them) * Some knowledge of Python

The overall Linux setup commands for TensorFlow are on tensorflow.org.

In summary, you will need to:

You should check your installation by running:

To check TensorFlow, you can start a TensorFlow docker image by running this:

Check to see if your TensorFlow works by invoking Python from the container’s command line (you’ll see [email protected]#):

If you see “Hello, Tensorflow”, everything is in order. You should exit your docker instance (type exit), and go to the section *Downloading This Repository.

If you already have the Docker Toolbox installed, skip to “Installing/running a TensorFlow Docker Image.” Otherwise, go to docs.docker.com/mac/ and follow the instructions there, which should roughly be:

At which point you may have to destroy and recreate your docker instance like so:

Installing and Running the TensorFlow Image

On OS X, if you have not already, run the Docker Quickstart Terminal, usually found in /Applications/Docker, and which looks like this:

There will be a long pause as the Docker container starts and gets an SSH keys and an IP address.

Once you see an ASCII whale in the newly-opened terminal, run this command:

Check to see if your TensorFlow works by invoking Python from the container’s command line (you’ll see [email protected]#):

If you see “Hello, Tensorflow!”, it works!

Training takes a long time, even a limited run like this. It helps to provide a lot of CPU and memory resources if you can.

On OS X, these Docker instances are running on VirtualBox, and VirtualBox by default doesn’t take over huge parts of your computer. TensorFlow will take a lot of resources, so it’s worth increasing the resources allocated to it.

This is not rocket science, but do keep track of where you’ve installed this.

Run Docker with Jupyter and TensorBoard

Note: On Mac OS X, if you have not already opened a Docker Quickstart Terminal, you must do so now.

Go to where you cloned the repository (we’re assuming $HOME):

This will start a Docker instance with the tutorial materials mounted at /tutorial.

(Note: All further commands are run in the Docker image, so your prompt will be [email protected][something]#).

Once started, run the Jupyter server in the right directory.

You will also want to run TensorBoard:

On Linux: You can navigate to:

On OSX: You can navigate to:

or whichever local address your VM has on your machine.

On OS X, you can find the exact address under the whale where you started your terminal, shown here:

To exit Docker, you can simply enter exit or hit Ctrl-D.

TensorFlow Tutorial and Examples for beginners ...

Would you tell us more about martinwicke/tensorflow-tutorial?