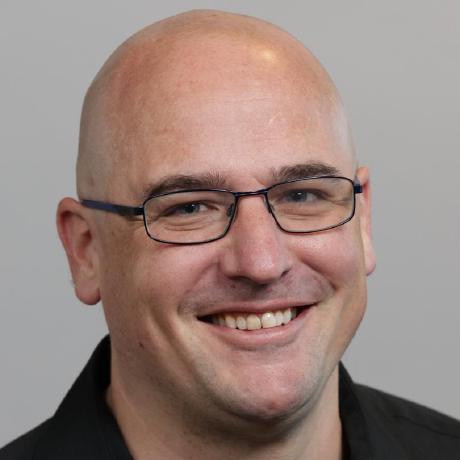 Manage the external elisp bits and pieces upon which you depend!

Short Story: el-get allows you to install and manage +elisp+ code for Emacs. It supports lots of differents types of sources and is able to 'install' them, 'update' them and 'remove' them, but more importantly it will 'init' them for you.

That means it will +require+ the 'features' you need, +load+ the necessary files, set the 'Info' paths so that +C-h i+ shows the new documentation you now depend on, and finally call your own +:post-init+ function for you to setup the extension. Or call it a package.

Current +el-get+ status is stable, ready for daily use and packed with extra features that make life easier. There are some more things we could do, as always, but they will be about smoothing things further.

Please note that this versioning policy has been picked while backing 1.2~dev, so 1.0 was a "stable" release in fact. Ah, history.

In addition to the version, you can also get the exact git revision by running M-x +el-get-self-checksum+. You should provide this checksum when seeking support or reporting a bug, so that the developers will know exactly which version you are using.

You have to type +C-j+ with the cursor at the end of the last line, but still on the line. 'C-j runs the command eval-print-last-sexp', so it will evaluate the code you're looking at, and that will +git clone el-get+ at the 'right place'.

Note that you can add this elisp code into your emacs init file directly, as the installer code will detect if +el-get+ is already installed. Notice that doing so directly will require internet access to start emacs. You can avoid this with the following snippet instead:

See next section for details about how to setup you emacs so that it's able to benefit from +el-get+ automatically.

== How to install the developer version (master branch)?

The 'lazy installer' uses the default +el-get-install.el+ file which targets the +2.stable+ branch. To install el-get directly on the +master+ branch, summon the +el-get-master-branch+ variable into existence:

Now that +el-get+ is installed, simply use +M-x el-get-install+ and pick whatever package you need. Arrange to have +el-get+ part of your setup, so that at next emacs startup the installed packages are initialized. Here's how to:

Of course, my emacs setup is managed in a private git repository. Some people on +#emacs+ are using +git submodules+ (or was it straight import) for managing external repositories in there, but all I can say is that I frown on this idea. I want an easy canonical list of packages I depend on to run emacs, and I want this documentation to be usable as-is. Enters el-get!

So now you have a pretty good documentation of the packages you want installed, where to get them, and how to install them. For the advanced methods (such as elpa or apt-get), you basically just need the package name. When relying on a bare git repository, you need to give some more information, such as the URL to clone and the build steps if any. Then also what features to require and maybe where to find the texinfo documentation of the package, for automatic inclusion into your local Info menu.

The good news is that not only you now have a solid readable description of all that in a central place, but this very description is all (el-get) needs to do its magic. This command will check that each and every package is installed on your system (in el-get-dir) and if that's not the case, it will actually install it. Then, it will init the packages: that means caring about the load-path, the Info-directory-list (and dir texinfo menu building) the loading of the emacs-lisp files, and finally it will require the features.

You see that +el-get-sources+ example up there? It finishes with a single +(el-get)+ call. That's it. It will 'install' new +sources+ on the list and only 'init' already installed ones.

The status of each package is tracked into +~/.emacs.d/el-get/.status.el+ (by default) and can get the values +required+, +installed+ or +removed+.

Most often you want +el-get-install+ and +el-get-build+ to stay out of the way and be 'asynchronous', so that you can continue using Emacs while your new package is getting ready. But imagine you're starting up Emacs after a +git pull+ on the other computer (after a commute, say), and there's some newer packages for this instance to consider installing.

So, by default +(el-get)+ is asynchronous, but you can ask for it to be sync, or to still be asynchronous but to wait until it finished before to give control back:

You even get a progress report!

Note that you can also give a mix of +packages+ symbols, +inline recipes+ and +source lists+ to +el-get+ as arguments, and completely bypass the +el-get-sources+ variable.

It is still recommended to +(setq el-get-sources '(list of packages))+ then use +(el-get 'sync)+, so that commands such as +el-get-update+ know which packages to update.

Some sources are contributed to +el-get+ directly, so that you only have to put in the +el-get-sources+ the name of the package you want to install.

Should you need some local specific setup, you can do that by providing a partial sources missing the +:type+ property: your local properties will get merged into the recipes one.

Also, the variable +el-get-recipe-path+ allows you to maintain local recipes in case you either dislike the default one or are crafting some new one not commited to the main repository yet. But please do consider sending them over!

We do not intend to provide recipes for advanced types such as +apt-get+ and +elpa+ because there's so little to win here, and maintaining a package list would take too much time.

The package setup can either go into the +:after+ function, or in a file named +init-package.el+ in +el-get-user-package-directory+. Any such named file will get automatically loaded by +el-get+ at +init+ time, if it exists.

Avoid using +make install+, which will usually move files into a "system location." In our case, you probably just want your package +foo+ to be all installed into +~/.emacs.d/el-get/foo+, right? So, no +make install+.

+el-get+ will 'byte compile' the elisp for the package when its source definition includes a +:compile+ property set to the list of files to byte compile (or to a single file), or all the +.el+ files found in the package when there's no +:build+ command.

+el-get+ offers a variety of specific hooks (read the source), and two general purposes hooks facilities: +el-get-post-install-hooks+ and +el-get-post-update-hooks+, called with the package name as argument.

M-x el-get-install:: + Will prompt for a package name, with completion, then install it. It will only propose packages that are not already +installed+. Any package that you have a recipe for is a candidate. + Please note that when installing a package that is not in your +el-get-sources+ or your +el-get+ call means that it will not be initialized for you automatically at emacs startup. You get a +WARNING+ message when that's the case.

Please see the documentation for the +el-get-methods+ and provide a patch!

A change has been included so that +el-get-sources+ is now only another source for recipes, and +(el-get '...)+ will now only install and initialize known "required" and "installed" packages.

The documentation has been updated to detail the new setup.

If you have packages that have been installed in the past but you no longer want in your setup, here's how to get them out of the way:

Would you tell us more about mattfidler/el-get?