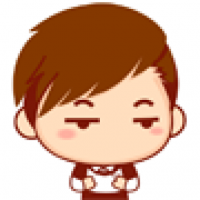 A sample ember app in the Ember Rocks

Ember Rocks comes with a sample application, and user could even have their own set of templates. See Ember Rocks Template Basic for details.

An express (Node.js) server will handle all requests. A fake user api route will read the RESTful json api on the disk, return the data over the wire when Ember app request the data via latest Ember Data library. In real world application, it should be replaced with MongoDB (recommended), CouchDB, etc. It is very easy to integrate with any NoSQL database.

The fully stylish application works on touch and tablet devices out of box. Try to resize your browser into a smaller screen resolution, you should see an animated effect from the left edge which is the most popular choice of mobile application navigation menu. You could tweak the styles and markup to fit your use cases.

Ember-cli is the official Ember app CLI tool (Ember#2.0 and forward). Why am I building another em(ber)-cli?

Ember-Cli is awesome and it is supported by Ember core team. If Ember-Cli is working for you, stick with it; otherwise, you can try Ember-Rocks and continue reading below,

There are a few reasons why I started with this project:

Those are the major reasons why I started Ember-Rocks project. I have built several build systems throughout my professional career and some plugins/libraries for developers. In details below,

After built a large Backbone application (>15000 LOC), I developed a set of developer toolings which fit my customized workflow very well. Ember Rocks approach is my opinionated toolset on building a large scaled Node.js modern web application with Ember.js framework on the client side.

Ember Rocks can be globally installed on your local machine ( tested on Linux based operating system ) via npm install -g ember-rocks. After you have done that, magic happens :). You would have an em command available. Try em --help, em generate --help for a comprehensive guide.

Ember Rocks is chosen gulp as a build tool. In fact, it is powered by gulp under the hook. Ember-cli choose broccoli. The main difference between two awesome build tools is, broccoli use “directory in, directory out” pattern, and gulp use “file in, file out” pattern. gulp takes advantage of Node Stream to pipe files to destination folder. This is the one I perfer for now until broccoli is out of beta. Sorry, Jo Liss, you are awesome.

In addition, technology stack besides Ember.js, I have picked sass as css pre-compiler, autoprefixer as css post-compiler, express as node web application server, and mocha as javascript testing framework. 6to5 used to turn ES6+ code into readable vanilla ES5.

Just like lodash is a project which solve the same problem that underscore does, Ember Rocks is trying to solve similar problem that ember-cli does. I will try to sync the features from ember-cli to Ember Rocks.

What is on my road map? Ember Add-ons, custom components, frequent updates along with Ember releases and more. PRs, Issues, Suggestion are highly welcomed and appreciated.

Ember-Rocks testing story is 100% based on Ember Testing Guide so that Guide’s methods, properties would apply to your testing story just like Ember default testing framework - QUnit. With a couple of variations, first, it uses Mocha testing framework with the assetion library should.js in BDD style; Second, you could optionally use ES6 syntax inside your tests and it would be transpiled into vanilla javascript in the development phase.

Integration tests are located in the folder client/tests/integration, and Unit tests are located in the folder client/test/unit. You do not have to manually create any new test files since you could simplly use em generate to generate any new tests with pre-defined boilerplate. If you do not know how, use em g --help for more details.

If you have to manually create a test file, name test file anything you want, suffix -test or _test with file extension .js.

You could use future ES6 syntax in tests, and they would be pre-compiled into vanilla javascript before serving in the browsers or phantomjs headless browsers.

Easiest way, the recommended way to run your test

By simply running em test or em t, it would compile your testing files, build the project, launch an express server to take any requests, watch any test file changes and rerun the test again, show the result of the tests.

By executing testem command, you get pretty UI in terminal to see exactly what is going on with your tests. testem should automatically launch chrome and phantomjs to run all of your tests.

Note: After em test run, the current processer continues running and watching any existing test files change, and it will rebuild the whole test suite and rerun all the tests.

GotCha: Any new/delete file won’t rerun the tests or add to the current test run loop. You need to stop the current processer and rerun the command em test to pick up the new/delete testing files.

Originally, I want to have some commands in ember-rocks to symlink some common useful Cordova commands. For example, em mobile --add ios map to cordova platform add ios, em mobile --run map to cordova run --emulator. In this approach, it would add up lots of additional options into the em mobile command. Although it could provide some useful shortcuts like auto cding cordova folder and abstract out some cordova learning curve by staying in em magics, it does add lots of API options to the ember-rocks project. I want to have a very simple API for users to comsume so that I decide to leave those features out of the core of the ember-rocks.

As a mobile application developer, you should be in the ~/build/cordova folder with cordova installed in your computer globally. You could use cordova command primarily to do whatever you want to your ember powered web app. If you have any question with this decision, feel free to create an issue or feature requests so that we could discuss it further.

Running jscs in a easy way ( Bonus: running jshint and jscs in one shot ):

Running jscs in a hard way:

Deprecated module or Use in your own project

These projects comes with Ember Rocks v0.8.0 or prior, but moving forward, those modules are going to optional installation to speed up the initial scaffolding. We recommend to use them to improve your productivity.

Only pass through changed files. It may add back in the future. Or if you like to contribute, submit a PR.

Display the size of your project. Logs out the total size of files in the stream and optionally the individual file-sizes.

Remove unused CSS selectors. It is bit of risky to use this module in my opinion. But it is a great one to reduce the size of your style sheet.

Anyone can help make this project better - check out the Contributing guide.

An Em(ber) command line utility to help you build an ambitious web application via `em` command ...

Would you tell us more about mattma/ember-rocks?