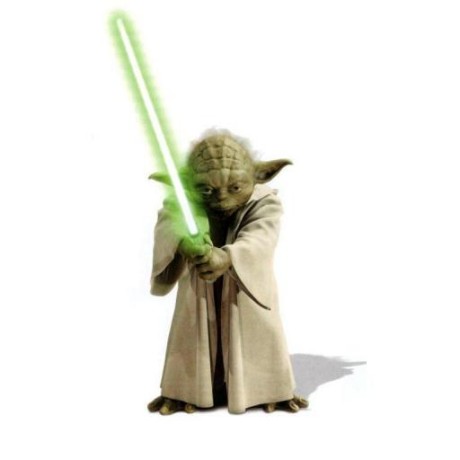 Haml and Sass are templating engines for the two most common types of documents on the web: HTML and CSS, respectively. They are designed to make it both easier and more pleasant to code HTML and CSS documents, by eliminating redundancy, reflecting the underlying structure that the document represents, and providing elegant, easily understandable, and powerful syntax.

There are several ways to use Haml and Sass. They can be used as a plugin for Rails or Merb, or embedded on their own in other applications. The first step of all of these is to install the Haml gem:

To install Haml and Sass as a Rails plugin, just run haml –rails path/to/rails/app and both Haml and Sass will be installed. Views with the .haml (or .html.haml for edge) extension will automatically use Haml. Sass is a little more complicated; .sass files should be placed in public/stylesheets/sass, where they’ll be automatically compiled to corresponding CSS files in public/stylesheets when needed (the Sass template directory is customizable… see the Sass module docs for details).

For Merb, .html.haml views will work without any further modification. To enable Sass, you also need to add a dependency. To do so, just add

to config/dependencies.rb (or config/init.rb in a flat/very flat Merb application). Then it’ll work just like it does in Rails.

The most basic element of Haml is a shorthand for creating HTML tags:

No end-tag is needed; Haml handles that automatically. Adding class and id attributes is even easier. Haml uses the same syntax as the CSS that styles the document:

In fact, when you’re using the

tag, it becomes even easier. Because is such a common element, a tag without a name defaults to a div. So

Haml provides far more tools than those presented here. Check out the reference documentation in the Haml module.

At its most basic, Sass is just another way of writing CSS. Although it’s very much like normal CSS, the basic syntax offers a few helpful features: tabulation indicates the attributes in a rule, rather than non-DRY brackets; and newlines indicate the end of an attribute, rather than a semicolon. For example:

Pretty nice, no? Well, it gets better. One of the main complaints against CSS is that it doesn’t allow variables. What if have a color or a width you re-use all the time? In CSS, you just have to re-type it each time, which is a nightmare when you decide to change it later. Not so for Sass! You can use the “!” character to set variables. Then, if you put “=” after your attribute name, you can set it to a variable. For example:

You can even do simple arithmetic operations with variables, adding numbers and even colors together:

Taking the idea of variables a bit further are mixins. These let you group whole swathes of CSS attributes into a single directive and then include those anywhere you want:

A comprehensive list of features is in the documentation for the Sass module.

Indentation can be made up of one or more tabs or spaces. However, indentation must be consistent within a given document. Hard tabs and spaces can’t be mixed, and the same number of tabs or spaces must be used throughout.

The Haml gem includes several executables that are useful for dealing with Haml and Sass from the command line.

The html2haml executable attempts to transform HTML, optionally with ERB markup, into Haml code. Since HTML is so variable, this transformation is not always perfect; it’s a good idea to have a human check the output of this tool. See html2haml –help for further information and options.

Haml and Sass are designed by Hampton Catlin (hcatlin) and he is the author of the original implementation. However, Hampton doesn’t even know his way around the code anymore and mostly just concentrates on the language issues. Hampton lives in Toronto, Ontario (though he’s an American by birth) and is a partner at Unspace Interactive.

Nathan Weizenbaum is the primary maintainer and architect of the “modern” Ruby implementation of Haml. His hard work has kept the project alive by endlessly answering forum posts, fixing bugs, refactoring, finding speed improvements, writing documentation, implementing new features, and getting Hampton coffee (a fitting task for a boy-genius). Nathan lives in Seattle, Washington and while not being a student at University of Washington he consults for Unspace Interactive and Microsoft.

Chris Eppstein is a core contributor to Sass and the creator of Compass, the first Sass-based framework. Chris focuses on making Sass more powerful, easy to use, and on ways to speed its adoption through the web development community. Chris lives in San Jose, CA with his wife and daughter. He is the Software Architect for Caring.com, a website devoted to the 34 Million caregivers whose parents are sick or elderly, that uses Haml and Sass.

If you use this software, you must pay Hampton a compliment. And buy Nathan some jelly beans. Maybe pet a kitten. Yeah. Pet that kitty.

Some of the work on Haml was supported by Unspace Interactive.

Beyond that, the implementation is licensed under the MIT License. Ok, fine, I guess that means compliments aren’t required.

Would you tell us more about merbjedi/haml?