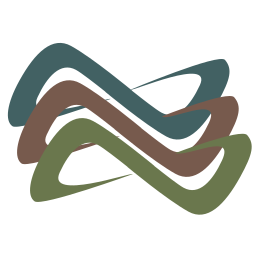 Holographic storage for distributed applications. A holochain is a monotonic distributed hash table (DHT) where every node enforces validation rules on data before publishing that data against the signed chains where the data originated.

In other words, a holochain functions very much like a blockchain without bottlenecks when it comes to enforcing validation rules, but is designed to be fully distributed with each node only needing to hold a small portion of the data instead of everything needing a full copy of a global ledger. This makes it feasible to run blockchain-like applications on devices as lightweight as mobile phones.

Code Status: Active development for proof-of-concept stage. Pre-alpha. Not for production use. We still expect to destructively restructure data chains at this time. These instructions are really for developers who want to build distributed apps on holochains, not so much for end users who should probably use a nice packaged installation.

Once you have a working environment (see OS specific instructions) you can install the Holochain command line interface with:

Now that you’ve installed hc you’ll need to do the first time configuration by running (just substitute your own email address.):

(Unix includes macOS and Linux.) In order to use Holochain, you’ll need to have a working environment set up for Go version 1.7 or later. See the installation instructions for Go.

For example, add the following to the end of your shell profile (usually ~/.bashrc or ~/.bash_profile):

First you’ll need to install some necessary programs if you don’t already have them. * Install Go 1.7 or later. * Install Windows git. Be sure to select the appropriate options so that git is accessible from the Windows command line. * Install GnuWin32 make.

Next, in your Control Panel go to System>Advanced system settings>Environment Variables… and under System Variables do the following: 1. Add a new entry with the name GOPATH and the value %USERPROFILE%\go (Or your Go workspace folder). 2. Double-click Path, and in the window that pops up add the following entries: - %GOPATH%\bin - C:\Go\bin (Or wherever you installed Go to+\bin). - C:\Program Files (x86)\GnuWin32\bin (Or wherever you installed GnuWin32 make to+\bin).

This section describes how to use Docker for the development of Holochain or Holochain apps.

Next, to clone the Holochain repo as well as build the Docker image, do the following:

Now that you’ve set up your image, whenever you want to make a new container from the image, do the following:

It is perfectly possible to keep a container around for a long time. To disconnect from one and leaving it running in the background, use Ctrl+P then Ctrl+Q. However, containers are designed to be ephemeral, or rather, a Dockerfile should be designed such that destroying and creating containers is the “best practice”. To exit the container, use Ctrl+D. This will stop the container, such that it can be found listed in docker ps -a.

By default, docker keeps absolutely everything you ever do in images on your machine. Because docker’s filesystem is so very very clever, this is done in an extremely efficient way. It is quite possible to have hundreds or thousands of container states on your machine and never notice. This is a good thing in principal. But, in practice, unless you work very hard to bury some work inside a container, you will never need to use this feature.

All of our dockerfiles, scripts and best practice processes allow you to destroy all the containers and images on your system at any time. This is how you should work with docker. If you lose work done inside a container and have no idea where it is, say so on the #docker channel in Freenode IRC. This should never happen.

In general, you will be running containers in daemonized mode. When using docker you rarely (if ever?) need to use hc, but to get a feel for it, see Usage.

Once you’ve gotten everything working as described above you may want to use the hc command.

Since Holochain is intended to be used underneath distributed applications, end users won’t have to do much through the command line.

For the most up-to-date information on how to use hc, run hc help or for sub-commands run hc <COMMAND> help.

Setting up a Holochain

You’ve installed and built the distributed data integrity engine, but you haven’t set up an application running on it yet. The basic flow involved in getting a chain running looks like this:

Instructions for each of these steps are below…

You can load a pre-existing Holochain application DNA by running the following command (replacing SOURCE_PATH with a path to an application’s DNA and CHAIN_NAME with the name you’d like it to be stored as).

You can source from files anywhere; such as a git repo you’ve cloned, a live chain you’re already running in your .holochain directory, or one of the examples included in this repository.

Before you launch your chain, this is the chance for you to customize the application settings like the NAME, and the UUID

We have designed Holochain around test-driven development, so the DNA should contain tests to confirm that the rest of the DNA is functional.

You can run a chain’s tests with:

If you’re a developer, you should be running this command as you make changes to your DNA files to leverage test-driven development. If the tests fail, then you know your application DNA is broken and you shouldn’t think that your chain is going to work. And obviously, please do not send out applications that don’t pass their own tests.

After you have cloned a chain, you need to generate the genesis entries which start your new chain in order to use it.

The first entry is the DNA which is the hash of all the application code which confirms every person’s chain starts with the the same code/DNA. The second block registers your keys so you have an address, identity, and signing keys for communicating on the chain.

Holochains serve their UI via local web sockets. This let’s interface developers have a lot of freedom to build HTML/JavaScript files and drop them in that chain’s UI directory. You launch the web UI with:

In a web browser you can go to localhost:<port> (defaults to 3141) to access UI files and send and receive JSON with exposed application functions.

By default hc stores all holochain data and configuration files to the ~/.holochain directory. You can override this with the -path flag or by setting the HOLOPATH environment variable, e.g.:

You can use the form: hc -path=/your/path/here but you must use the absolute path, as shell substitutions will not happen.

The -debug flag will turn on a number of different kinds of debugging. You can also control exactly which of these logging types you wish to see in the chain’s config.json file. You can also set the DEBUG environment variable to 0 or 1 to temporarily override your settings to turn everything on or off.

Most architecture information is in the Holochain Wiki.

You can also look through auto-generated reference API on GoDocs

We accept Pull Requests and welcome your participation.

Some helpful links: * Come chat with us on gitter * View our Kanban on Waffle. * View our Milestone progress.

If you’d like to get involved you can: * Contact us on Gitter to set up a pair coding session with one of our developers to learn the lay of the land. * join our dev documentation calls twice weekly on Tuesdays and Fridays.

If you’re going to contribute to our project we expect you to adhere to the following guidelines:

We are committed to foster a vibrant thriving community, including growing a culture that breaks cycles of marginalization and dominance behavior. In support of this, some open source communities adopt Codes of Conduct. We are still working on our social protocols, and empower each team to describe its own Protocols for Inclusion. Until our teams have published their guidelines, please use the link above as a general guideline.

We use test driven development. When you add a new function or feature, be sure to add the tests that make sure it works.

All Go code should be formatted with gofmt. To make this easier consider using a git-hook or configuring your editor with one of these: (Emacs, vim, Sublime, Eclipse)

For Atom, you could try this package but it requires some configuration.

This project depends on various parts of libp2p, which uses the gx package manager. All of which will be automatically installed by make by following the setup instructions above.

To compile and run all the tests:

If you want to use go test instead of make test, you’ll need to do a couple extra things because of this project’s dependency on gx: * Before running go test you need to run make work to configure the imports properly. * If you do this, before commiting you must also run make pub to revert the changes it makes.

This program is free software: you can redistribute it and/or modify it under the terms of the license provided in the LICENSE file (GPLv3). This program is distributed in the hope that it will be useful, but WITHOUT ANY WARRANTY; without even the implied warranty of MERCHANTABILITY or FITNESS FOR A PARTICULAR PURPOSE.

Note: We are considering other ‘looser’ licensing options (like MIT license) but at this stage are using GPL while we’re getting the matter sorted out.

Would you tell us more about metacurrency/holochain?