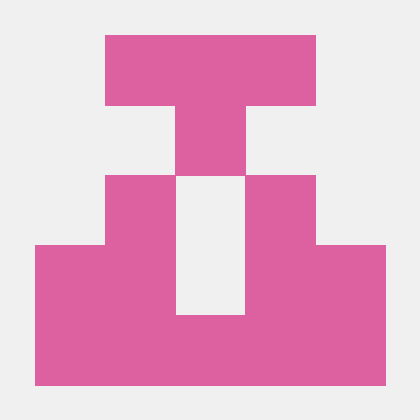 The ProceduralAnimation plugin is a Core Plugin for the Duality2D open source game engine. It helps to create complex behaviours, mainly on the field of gameObject movement, however other usages are possible too. The procedural word in the name refers to the functional nature of this toolkit: behaviours (movement) is controlled by mathematical functions.

This means, that unlike most animation tools, there are no keyframes or similar traditional animation methods here. Despite it may feel intimidating at first, it enables quick iteration over animation sequences, which are difficult to achieve using the keyframe technique.

In addition, the plugin has a modular architecture, thus extending it does not require any change to the existing code.

Please note, that the plugin is in beta state, which means bugs are most likely present, and breaking changes will occur.

Parts of the system

The AnimationPlugin project contains the basic structure of the plugin, and some ‘extras’, useful, but not essential Components. The namespace of this project is MFEP.Duality.Plugins.Animation.

The AnimationPlugin.Sample project depends on the former one, and contains examples showcasing every feature of the plugin. The namespace of this project is MFEP.Duality.Plugins.Animation.Sample. More information about the samples can be found in the wiki.

The following paragraph describes the basic building blocks, and the inner workings of the plugin. However it does not describe any Duality concepts, so if you are not familiar with the engine, please take a look at Duality’s wiki.

Note, that this is just a quick overview to get familiar with the tool, and not every class member/method is mentioned here. For that, visit the Class Reference section in the wiki.

The ‘heart’ component of the plugin. Inheriting Component it have to be attached to a GameObject, providing the data flow between the GameObject and the animating functions. Provides an interface to the world to control the animation, using the self-explanatory Play, Pause, and Stop public methods, as well as additional controls.

Has a reference to an AnimResource which is the data holder for the actual animation sequence. More on that in the next paragraph.

The ‘brain’ part of the plugin. An abstract class inheriting Resource, waiting for you to implement it and fill with your animation. The single method that needs to be implemented is InitializePieces. In this, you need to use the AnimBuilder class to construct the animation chain. More explanation and example below.

This class is used to create animation chains. It uses fluent syntax for the sake of less typing. The chain must start with the Start method, followed by one or several Add methods, which take an IAnimPiece , or an array of them, and the time it will take to complete them. Don’t worry, it’s easier when explained with a example:

The building blocks of an animation. There are plenty of ‘pieces ready to use, including the former presented SimpleMovement and SimpleColor which are - as the name suggests - the lighter ones, but more convoluted pieces exist, like PathFollowMovement, CustomComponentUpdate, or TrigonometricMovement2D just to name a few. They all have their parameters and properties documented in the Class Reference, feel free to experiment with them.

Which gives you even more freedom designing your animations is to implement your own AnimPieces. For that, a class is needed implementing the IAnimPiece interface. Here are the two functions of the interface: * void Initialize (); is called every time the animation is started (even when started from a paused state). If you don’t have anything to do here, just leave the function block empty. * void Tick (float pc, GameObject gameObject); is called in every OnUpdate () of the respecting AnimationPlayer. The parameter pc provides the current ‘percent’ of the animation, a number between 0 and 1. Thus the AnimPieces don’t know about the actual time the animation takes, nor about the other animations in the chain.

If you created some new ‘pieces, please consider contributing it to this repository. Ideas for new ‘pieces are also very welcome.

Many AnimPieces have attributes with the type of SignalGen. It’s a delegate type, which defines a float returning function with a single float argument. These enable an advanced feature of the toolkit: to modulate the AnimPiece’s parameters over time using an arbitrary mathemathical function. These functions always get pc, the animation percent as input, and usually multiply their respecting parameter with their return value. An example: One would like to create a spinning animation, but with increasing angular velocity over time. For that the Rotate AnimPiece.

is a static class providing helper functions to create SignalGen functions. A trivial example would be to use the Utils.Linear function in the former code sample:

Of course, there are more complicated functions in Utils, such as trigonometric and exponential ones.

Would you tell us more about mfep/Duality.ProceduralAnimation?