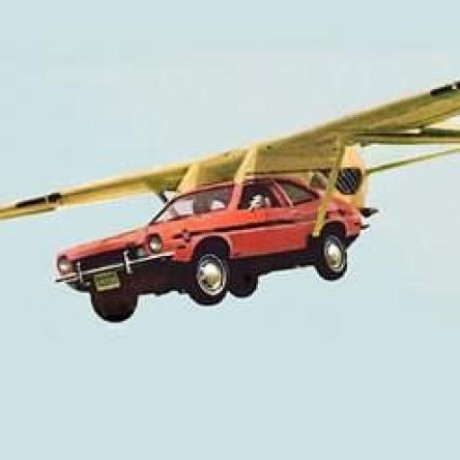 Little command line REST client that you can use in pipelines (bash or zsh).

If you use resty and want to help maintain it, please let me know and I’ll add you to the repo.

Resty is a tiny script wrapper for curl. It provides a simple, concise shell interface for interacting with REST services. Since it is implemented as functions in your shell and not in its own separate command environment you have access to all the powerful shell tools, such as perl, awk, grep, sed, etc. You can use resty in pipelines to process data from REST services, and PUT, PATCH, or POST the data right back. You can even pipe the data in and then edit it interactively in your text editor prior to PUT, PATCH, or POST.

Cookies are supported automatically and stored in a file locally. Most of the arguments are remembered from one call to the next to save typing. It has pretty good defaults for most purposes. Additionally, resty allows you to easily provide your own options to be passed directly to curl, so even the most complex requests can be accomplished with the minimum amount of command line pain.

Here is a nice screencast showing resty in action (by Jan-Piet Mens).

You have curl, right? Okay.

Source the script before using it. (You can put this line in your ~/.bashrc file if you want, or just paste the contents of the resty script right in there. Either way works.)

Set the REST host to which you will be making your requests (you can do this whenever you want to change hosts, anytime).

Resty creates a few files in either your ${XDG_CONFIG_HOME} and ${XDG_DATA_HOME} directory (if your linux uses the XDG directory standard) or in the ~/.resty directory, otherwise.

If you had resty installed before version 2.1 and your system uses the XDG config directory standard and you want to continue using your existing configuration files, please make a backup of your ~/.resty directory and then do:

The request URI base is what the eventual URI to which the requests will be made is based on. Specifically, it is a URI that may contain the * character one or more times. The * will be replaced with the path parameter in the OPTIONS, HEAD, GET, POST, PUT, PATCH, or DELETE request as described above.

If no * character is specified when setting the base URI, it’s just added onto the end for you automatically.

HTTPS URIs can be used, as well. For example:

The URI base is saved to an rc file (_${XDG_CONFIGHOME}/resty/host or ~/.resty/host)i each time it’s set, and the last setting is saved in an environment variable ($_resty_host). The URI base is read from the rc file when resty starts up, but only if the $_resty_host environment variable is not set. In this way you can make requests to different hosts using resty from separate terminals, and have a different URI base for each terminal.

If you want to see what the current URI base is, just run resty with no arguments. The URI base will be printed to stdout.

The HTTP verbs (OPTIONS, HEAD, GET, POST, PUT, PATCH, and DELETE) first argument is always an optional URI path. This path must always start with a / character. If the path parameter is not provided on the command line, resty will just use the last path it was provided with. This “last path” is stored in an environment variable ($_resty_path), so each terminal basically has its own “last path”.

Resty will always URL encode the path, except for slashes. (Slashes in path elements need to be manually encoded as %2F.) This means that the ?, =, and & characters will be encoded, as well as some other problematic characters. To disable this behavior use the -Q option.

Query Strings, POST Parameters, And Both At The Same Time

There are three ways to add a query string to the path. The first, mentioned above, is to disable URL encoding with the -Q option, and include the query string with the path parameter, like this:

To specify a query string without disabling URL encoding on the path the -q option is used, like this:

Finally, you can use the curl -d and -G options, like this:

However, if you want to pass both GET parameters in the query string and POST parameters in the request body, curl cannot support this by itself. Using the -q or -Q resty options with the -d curl option will accomplish this, like so:

Normally you would probably want to provide the request body data right on the command line like this:

But sometimes you will want to send the request body from a file instead. To do that you pipe in the contents of the file:

Or you can pipe the data from another program, like this:

Or, interestingly, as a filter pipeline with jsawk:

Notice how the path argument is omitted from the PUT command.

With the -V options you can pipe data into PUT, PATCH, or POST, edit it in vi, save the data (using :wq in vi, as normal) and the resulting data is then PUT, PATCH, or POSTed. This is similar to the way visudo works, for example.

This fetches the data and lets you edit it, and then does a PUT on the resource. If you don’t like vi you can specify your preferred editor by setting the EDITOR environment variable.

For successful 2xx responses, the response body is printed on stdout. You can pipe the output to stuff, process it, and then pipe it back to resty, if you want.

For responses other than 2xx the response body is dumped to stderr.

In either case, if the content type of the response is text/html, then resty will try to process the response through either lynx, html2text, or, finally, cat, depending on which of those programs are available on your system.

If you don’t want resty to process the output through lynx or html2text you can use the -Z option, and get the raw output.

Anything after the (optional) path and data arguments is passed on to curl.

The -H "Range: items=1-10" argument will be passed to curl for you. This makes it possible to do some more complex operations when necessary.

In this example the path and data arguments were left off, but -v and -u user:test will be passed through to curl, as you would expect.

Here are some useful options to try:

Sometimes you want to send some options to curl for every request. It would be tedious to have to repeat these options constantly. To tell resty to always add certain curl options you can specify those options when you call resty to set the URI base. For example:

Every subsequent request will have the -H "Accept:..." and -u user:... options automatically added. Each time resty is called this option list is reset.

Where the args are curl command line arguments. Each line can specify arguments for that HTTP verb only, and all lines are optional.

So, suppose you find yourself using the same curl options over and over. You can save them in a file and resty will pass them to curl for you. Say this is a frequent pattern for you:

It’s annoying to add the -H and -u options to curl all the time. So create a file ~/.resty/localhost:8080, like this:

Then any GET or POST requests to localhost:8080 will have the specified options prepended to the curl command line arguments, saving you from having to type them out each time, like this:

Successful requests (HTTP respose with 2xx status) return zero. Otherwise, the first digit of the response status is returned (i.e., 1 for 1xx, 3 for 3xx, 4 for 4xx, etc.) This is because the exit status is an 8 bit integer—it can’t be greater than 255. If you want the exact status code you can always just pass the -v option to curl.

Since resty creates the REST verb functions in the shell, when using it from a script you must source it before you use any of the functions. However, it’s likely that you don’t want it to be overwriting the resty host history file, and you will almost always want to set the URI base explicitly.

Here the -W option was used when loading the script to prevent writing to the history file and an initial URI base was set at the same time. Then a JSON file was fetched, edited using jsawk, and re-uploaded to the server.

To assign the response of resty to a variable you can you do for example: VAR="$(GET /some/request)". Note that the quote symbol (") around the subcommand is necessary if the output contains spaces.

Working With JSON or XML Data

JSON REST web services require some special tools to make them accessible and easily manipulated in the shell environment. The following are a few scripts that make dealing with JSON data easier.

Little command line REST client that you can use in pipelines (bash or zsh). ...

The minimalist framework of RESTful(server and client) - Resty ...

On the fly (and free) SSL registration and renewal inside OpenResty/nginx with Let's Encrypt. ...

Lua redis client driver for the ngx_lua based on the cosocket API ...

Would you tell us more about micha/resty?