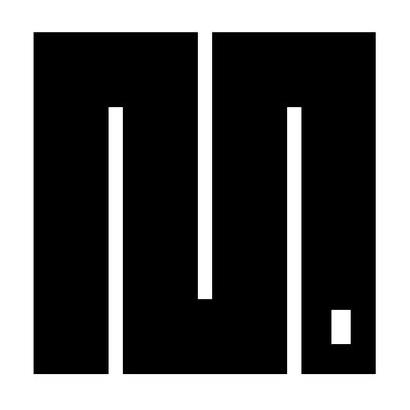 This is the MicroPython project, which aims to put an implementation of Python 3.x on microcontrollers and small embedded systems. You can find the official website at micropython.org.

WARNING: this project is in beta stage and is subject to changes of the code-base, including project-wide name changes and API changes.

MicroPython implements the entire Python 3.4 syntax (including exceptions, with, yield from, etc., and additionally async/await keywords from Python 3.5). The following core datatypes are provided: str (including basic Unicode support), bytes, bytearray, tuple, list, dict, set, frozenset, array.array, collections.namedtuple, classes and instances. Builtin modules include sys, time, and struct, etc. Select ports have support for _thread module (multithreading). Note that only a subset of Python 3 functionality is implemented for the data types and modules.

See the repository www.github.com/micropython/pyboard for the MicroPython board (PyBoard), the officially supported reference electronic circuit board.

Major components in this repository: - py/ – the core Python implementation, including compiler, runtime, and core library. - unix/ – a version of MicroPython that runs on Unix. - stmhal/ – a version of MicroPython that runs on the PyBoard and similar STM32 boards (using ST’s Cube HAL drivers). - minimal/ – a minimal MicroPython port. Start with this if you want to port MicroPython to another microcontroller. - tests/ – test framework and test scripts. - docs/ – user documentation in Sphinx reStructuredText format. Rendered HTML documentation is available at http://docs.micropython.org (be sure to select needed board/port at the bottom left corner).

The subdirectories above may include READMEs with additional info.

“make” is used to build the components, or “gmake” on BSD-based systems. You will also need bash and Python (at least 2.7 or 3.3).

The “unix” port requires a standard Unix environment with gcc and GNU make. x86 and x64 architectures are supported (i.e. x86 32- and 64-bit), as well as ARM and MIPS. Making full-featured port to another architecture requires writing some assembly code for the exception handling and garbage collection. Alternatively, fallback implementation based on setjmp/longjmp can be used.

To build (see section below for required dependencies):

Then to give it a try:

Use CTRL-D (i.e. EOF) to exit the shell. Learn about command-line options (in particular, how to increase heap size which may be needed for larger applications):

Other dependencies can be built together with MicroPython. Oftentimes, you need to do this to enable extra features or capabilities. To build these additional dependencies, first fetch git submodules for them:

Use this same command to get the latest versions of dependencies, as they are updated from time to time. After that, in unix/ dir, execute:

This will build all available dependencies (regardless whether they are used or not). If you intend to build MicroPython with additional options (like cross-compiling), the same set of options should be passed to make deplibs. To actually enabled use of dependencies, edit unix/mpconfigport.mk file, which has inline descriptions of the options. For example, to build SSL module (required for upip tool described above), set MICROPY_PY_USSL to 1.

In unix/mpconfigport.mk, you can also disable some dependencies enabled by default, like FFI support, which requires libffi development files to be installed.

You then need to get your board into DFU mode. On the pyboard, connect the 3V3 pin to the P1/DFU pin with a wire (on PYBv1.0 they are next to each other on the bottom left of the board, second row from the bottom).

Then to flash the code via USB DFU to your device:

This will use the included tools/pydfu.py script. If flashing the firmware does not work it may be because you don’t have the correct permissions, and need to use sudo make deploy. See the README.md file in the stmhal/ directory for further details.

MicroPython - a lean and efficient Python implementation for microcontrollers and constrained systems ...

Port of MicroPython for the BBC micro:bit ...

A set of libraries for writing threaded code on the MicroPython board ...

Would you tell us more about micropython/micropython?