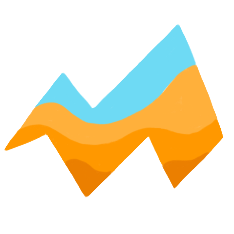 MirageOS is a library operating system that constructs unikernels

MirageOS is a library operating system that constructs unikernels for secure, high-performance network applications across a variety of cloud computing and mobile platforms. Code can be developed on a normal OS such as Linux or MacOS X, and then compiled into a fully-standalone, specialised unikernel that runs under the Xen hypervisor. Since Xen powers most public cloud computing infrastructure such as Amazon EC2 or Rackspace, this lets your servers run more cheaply, securely and with finer control than with a full software stack.

The most up-to-date documentation can be found at the homepage. The site is self-hosted and a useful example. Simpler skeleton applications are also available online.

There are several diverse backends in MirageOS that require rather specialised build steps (from Xen to KVM unikernels), and this complexity is wrapped up in the tool.

To work with mirage, you’ll need to either install prerequisites locally or use the Docker image.

You will need the following:

There is a maintained Docker image at unikernel/mirage. You can also use the Dockerfile in this repository:

There are two stages to using mirage:

You can find documentation, walkthroughs and tutorials over on the MirageOS website. The install instructions are a good place to begin!

MirageOS is a library operating system that constructs unikernels ...

A client-side mock server to develop, test and prototype your app ...

Core platform libraries for Mirage (UNIX and Xen). This provides the `OS` library which handles timers, device setup and the main loop, as well as the runtime for the Xen unikernel. ...

Would you tell us more about mirage/mirage?