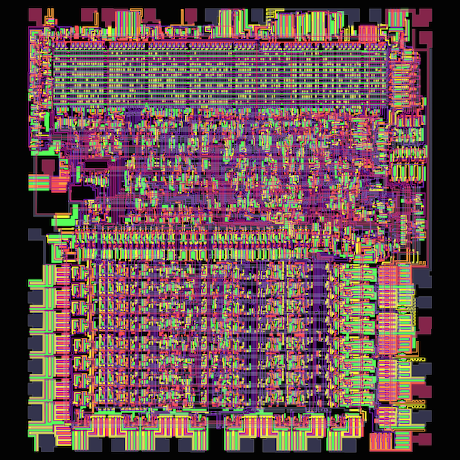 The xhyve hypervisor is a port of bhyve to OS X. It is built on top of Hypervisor.framework in OS X 10.10 Yosemite and higher, runs entirely in userspace, and has no other dependencies. It can run FreeBSD and vanilla Linux distributions and may gain support for other guest operating systems in the future.

If you have homebrew, then simply:

The --HEAD in the brew command ensures that you always get the latest changes, even if the homebrew database is not yet updated. If for any reason you don’t want that simply do brew install xhyve .

The resulting binary will be in build/xhyve

bhyve is the FreeBSD hypervisor, roughly analogous to KVM + QEMU on Linux. It has a focus on simplicity and being legacy free.

It exposes the following peripherals to virtual machines:

Notably absent are sound, USB, HID and any kind of graphics support. With a focus on server virtualization this is not strictly a requirement. bhyve may gain desktop virtualization capabilities in the future but this doesn’t seem to be a priority.

Unlike QEMU, bhyve also currently lacks any kind of guest-side firmware (QEMU uses the GPL3 SeaBIOS), but aims to provide a compatible OVMF EFI in the near future. It does however provide ACPI, SMBIOS and MP Tables.

Thin abstraction layer between the vmm.ko ioctl interface and the userspace C API.

Somewhat superfluous utility to introspect and manage the life cycle of virtual machines. Virtual machines and vCPUs can exist as kernel objects independently of a bhyve host process. Typically used to delete VM objects after use. Odd architectural choice.

Userspace port of the FreeBSD bootloader. Since bhyve still lacks a firmware this is a cumbersome workaround to bootstrap a guest operating system. It creates a VM object, loads the FreeBSD kernel into guest memory, sets up the initial vCPU state and then exits. Only then a VM can be executed by bhyve.

Performs the same function as bhyveload but is a userspace port of GRUB2. It is used to bootstrap guest operating systems other than FreeBSD, i.e. Linux, OpenBSD and NetBSD.

Support for Windows guests is work in progress and dependent on the EFI port.

xhyve shares most of the code with bhyve but is architecturally very different. Hypervisor.framework provides an interface to the VMX VMCS guest state and a safe subset of the VMCS control fields, thus making userspace hypervisors without any additional kernel extensions possible. The VMX host state and all aspects of nested paging are handled by the OS X kernel, you can manage the guest physical address space simply through mapping of regions of your own address space.

xhyve is equivalent to the bhyve process but gains a subset of a userspace port of the vmm kernel module. SVM, PCI passthrough and the VMX host and EPT aspects are dropped. The vmm component provides a libvmmapi compatible interface to xhyve. Hypervisor.framework seems to enforce a strict 1:1 relationship between a host process/VM and host thread/vCPU, that means VMs and vCPUs can only be interacted with by the processes and threads that created them. Therefore, unlike bhyve, xhyve needs to adhere to a single process model. Multiple virtual machines can be created by launching multiple instances of xhyve. xhyve retains most of the bhyve command line interface.

bhyvectl, bhyveload and grub2-bhyve are incompatible with a single process model and are dropped. As a stop-gap solution until we have a proper firmware xhyve supports the Linux kexec protocol, a very simple and straightforward way to bootstrap a Linux kernel. It takes a bzImage and optionally initrd image and kernel parameter string as input.

If you want the same IP address across VM reboots, assign a UUID to a particular VM:

If you need more advanced networking and already have a configured TAP device you can use it with:

If you are, or were, running any version of VirtualBox, prior to 4.3.30 or 5.0, and attempt to run xhyve your system will immediately crash as a kernel panic is triggered. This is due to a VirtualBox bug (that got fixed in newest VirtualBox versions) as VirtualBox wasn’t playing nice with OSX’s Hypervisor.framework used by xhyve.

To get around this you either have to update to newest VirtualBox 4.3 or 5.0 or, if you for some reason are unable to update, to reboot your Mac after using VirtualBox and before attempting to use xhyve. (see issues #5 and #9 for the full context)

a tiny OS for running docker in xhyve ...

Would you tell us more about mist64/xhyve?