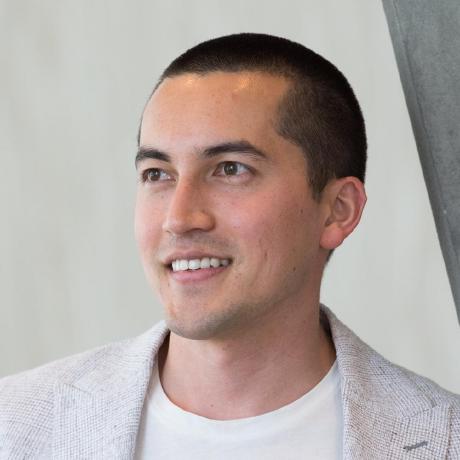 Work-in-progress: This library is not ready for general use yet and is under active development. The documentation will become much better once this is more easily usable.

vagrant-spec is a both a specification of how Vagrant and its various components should behave as well as a library of testing helpers that let you write your own unit and acceptance tests for Vagrant.

The library provides a set of helper methods in addition to RSpec matchers and expectations to help you both unit test and acceptance test Vagrant components. The RSpec components are built on top of the helper methods so that the test library can be used with your test framework of choice, but the entire tool is geared very heavily towards RSpec.

vagrant-spec can be installed as a standalone tool to black-box test existing Vagrant installations (potentially with a combination of plugins). Vagrant plugin developers should see the next section “Plugin Development Environment” to see the proper way to test plugins in development.

To install vagrant-spec as a standalone tool, simply gem install it:

If you’re developing a Vagrant plugin and wish to use vagrant-spec to help test that plugin, then you should add vagrant-spec as a development dependency to your plugin by modifying the gemspec.

The version of vagrant-spec follows the version of Vagrant. So if you’re writing your plugin to target Vagrant 1.4, then you should constrain the plugin to that version:

If you want to use the latest (from git) of vagrant-spec, you should add the git dependency to your Gemfile:

This section documents how acceptance tests can be configured, run, and written. Acceptance tests test Vagrant as a black box: they configure some Vagrant environment (by creating a Vagrantfile and perhaps other files), execute Vagrant, and assert some sort of result. They have zero access to the code internals.

Before running the acceptance tests, you must first configure vagrant-spec. Configuration is done by creating the file vagrant-spec.config.rb. It looks like the following:

The available options for c and their defaults are fully documented in the configuration source file. Please read through the documentation thoroughly and implement what you need.

Running the full suite of acceptance tests can be horribly long. It is recommended you only run a component at a time (or a handful of components). To view the list of testable components based on your configuration, run vagrant-spec components. You might see something like the following:

Choose a component to run, and run it:

That component will be tested.

vagrant-spec ships with a handful of provider acceptance tests used to test Vagrant’s built in VirtualBox provider that you can reuse to test your custom plugins.

All that it needs is the following block on your vagrant-spec.config.rb:

With that in place, you should be able to run provider’s components with vagrant-spec test. For the complete list, please run vagrant-spec components.

The code example might get outdated while we don’t have a stable release, please refer to Vagrant’s configuration in case things are not working for you

In addition to running the tests that already exist, vagrant-spec makes it trivial to write new acceptance tests. This is especially useful if you’re writing your own plugin.

All new tests must go within their own folder in your project. For the sake of these docs, put your tests in the vagrant-spec folder.

For vagrant-spec to know about new tests you write, you must add the path that will hold the Ruby files to the configuration “component_paths”. These are the paths where the tests are automatically loaded from by vagrant-spec. Example:

Within the component paths, any files matching *_{output,spec}.rb within any directory are loaded. Components are found based on the “component” key as shown in the sections below.

If the path is relative, it will be relative to the pwd when vagrant-spec is executed.

If your plugin doesn’t depend on a specific provider, then it is known as a component (specifically a standalone one) of vagrant-spec. Create a new file in the vagrant-spec folder of your project with something that looks like the following:

This should be fairly straightforward RSpec code. The key things are:

And that’s it for writing a custom component. You should be able to see it when you run vagrant-spec components and you should also be able to run it.

Tests that require a provider (basically any test that executes vagrant up) are known as provider parameterized components. They will be executed for every provider under test.

These are useful, for example, for provisioners. Provisioners should work regardless of what provider is running them. Therefore, if you’re testing VirtualBox and VMware, you want to be sure that the “shell” provisioner works, for example.

The key things in this are:

And you can now run the tests!

The “acceptance” context defines many helpers for executing Vagrant within an isolated environment and setting up that environment. See the context source file for detailed docs.

The key features of the context are:

This matcher can be used to test that a command executed with execute exited with a good exit status. If it didn’t, this matcher will produce helpful output containing the stdout/stderr of the command:

Although, a shortcut for this pattern is assert_execute:

Would you tell us more about mitchellh/vagrant-spec?