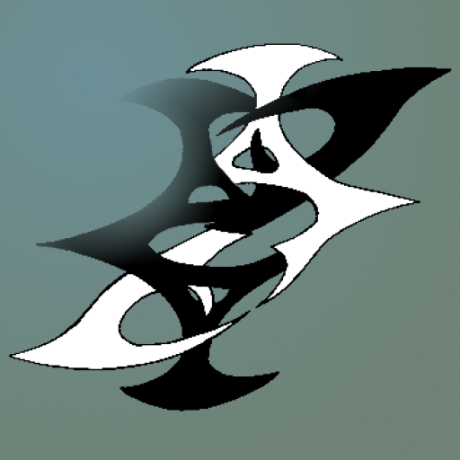 A tool to detect userspace-visible changes to (supposedly) at-rest data on any posix filesystem by scrubbing file contents.

Such unwanted changes are often referred to as “decay” or bitrot, but the word may also refer to mostly unrelated concept of problematic legacy code in software.

Most docs seem to refer to abscence of corruption as “integrity” (and enforcement of this property as “integrity management”), but it’s also heavily tied to intentional corruption due to security breach (“tampering”), which is completely out of scope for this tool.

Goal of the tool is to detect filesystem-backing layer (or rare kernel bug-) induced corruption before it perpetuates itself into all existing backups (as old ones are phased-out) and while it can still be reverted, producing as little false-positives as possible and being very non-intrusive - don’t require any changes to existing storage stack and cooperate nicely with other running software by limiting used storage bandwidth.

Ideally, user should only remember about its existance when (and only when) there is a legitimate and harmful incident of aforementioned corruption.

Again, please note that this is NOT a security-oriented tool, as it doesn’t raise any alarms on any changes that have any signs of being intentional (like updated mtime/ctime of the file) and doesn’t enforce any policy on such changes. Tools like tripwire or one of the kernel-level change detection mehanisms (dm-verity, IMA/EVM, etc) are much more suited for that purpose.

Tool also does not offer any protection against (apparently quite common) RAM failures, which corrupt data that is (eventually) being written-back to disk, or from anything that happens during file/data changes in general, focusing only on “untouched” at-rest data.

Some studies/thoughts on the subject:

It is a regular package for Python 2.7 (not 3.X), but not in pypi, so can be installed from a checkout with something like this:

Better way would be to use pip to install all the necessary dependencies as well:

Note that to install stuff in system-wide PATH and site-packages, elevated privileges are often required. Use “install –user”, ~/.pydistutils.cfg or virtualenv to do unprivileged installs into custom paths.

Alternatively, ./fs-bitrot-scrubber can be run right from the checkout tree, without any installation, provided all the necessary dependencies are in place.

Tool is intended to be run non-interactively by crond, anacron, systemd or similar task scheduler.

First step would be to create configuration file (e.g. /etc/fs-scrubber.yaml), for example:

Configuration format is YAML, all available options are documented in the shipped baseline config.

Then run the tool in “scrub” mode:

It should produce no output (unless there are some access/permission issues), record all files under /srv/my-data (as per example config above) in the database (/var/lib/fs-scrubber.sqlite) along with their contents’ checksums.

Repeated runs should also only produce stderr output on access issues or legitimate at-rest data corruption - change in file contents’ checksum without any changes in its size, mtime or ctime.

Information on checked files can be queried using “status” command:

“dirty” there means “modification detected, but new checksum is not yet calculated”. Use –help command-line flag to get more info on available options, commands and their output.

To get more information on what’s happening under the hood, during long operations, use “–debug” flag or (much better) setup proper logging, via “logging” section in the configuration file, e.g.:

That way, noisy debug-level logging and status updates can be tracked via configured logfile, while stderr will still only contain actionable errors and no other noise.

Note that DEBUG logging relates to number of processed paths via O(n), but all less-common messages (e.g. skipping a mountpoint, change to contents + mtime, etc) are INFO, and above if message is actionable (e.g. corruption).

See default python logging subsystem documentation for more details on the concepts involved, other avalable handlers (syslog, network, etc) and the general format of the section above.

Simple configurable token bucket algorithm is used at this point.

Default configuration has no limits configured.

SHA-256 (SHA-2 family hash) is configured by default, but can be changed via “operation.checksum” key to whatever python hashlib has support for (generally everything that’s included in openssl), for example:

All the files will have to be rehashed on any change to this parameter and metadata db may as well be just removed in such case, so that tool won’t report a lot of checksum mismatches on the next run.

Note that the first regexp matches “/srv/video/” as well, so that the path itself will be traversed, even though all contents other than “family” subpath will be ignored.

(?i) thing in the last regexp is a modifier, as per python regexp syntax. See more info on filters in the base config.

Scrubbing operation can always be resumed if interrupted.

If it was interrupted during scan (crawling over fs tree) though, running “scrub –resume” will only check paths that were seen during last scan, which might be some subset of all the ones available in the paths and/or discovered during previous scan.

If scan and checksum operations should not be interleaved, “scrub –scan-only” can be run first to update the file list, followed by “scrub –resume” to actually check these files.

Usage of posix_fadvise(3) on each file to enable POSIX_FADV_SEQUENTIAL after open() and do POSIX_FADV_DONTNEED after each 60 MiB (configurable) read is enabled by default, and is implemented via ctypes.

This is done to instruct kernel to boost readahead buffer and not bother caching read data (evicting other potentially-useful caches and creating extra memory pressure), as it should only be used once.

On non-linux platforms (or if module is not available, e.g. on non-cPython), such naive ctypes implementation may potentially cause crashes (right after “DEBUG: Checking file: …” lines), in which case it can be disabled via operation.use_fadvise configuration option.

Would you tell us more about mk-fg/fs-bitrot-scrubber?